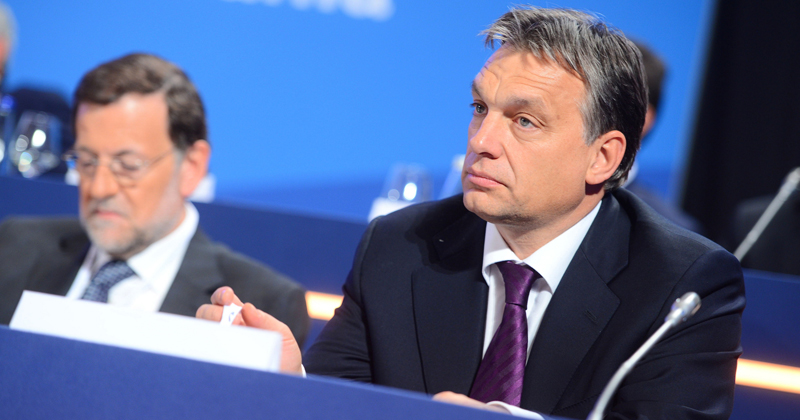 Matteo Salvini has succeeded in stopping migration at sea while Hungary has stopped it on land, Prime Minister Viktor Orban said in a public radio interview on Friday.

The Italian deputy PM “has put the last nail in the coffin of pro-migration politicians,” Orban told Kossuth Radio in connection with the Liga leader’s visit to Hungary the previous day. Orban said Salvini, who is also Italy’s interior minister, had proven that pro-migration politicians were “lying” when they said migration was impossible to stop. Ever since Salvini banned ships carrying migrants from docking in Italy, the number of drowned migrants has dropped dramatically because they have not set off in the first place, he added.

Orban said certain European leaders easily resorted to derogatory name-calling when talking about other leaders, neglecting that this disrespected not only the individuals concerned but their voters too. He slammed German criticism of Salvini’s visit and an opposition Hungarian politician who had blasted the Italian deputy PM. Anyone who insults Salvini, a representative of the Italian people, also insults Italians, he added.

The prime minister said that “unlike the Brussels elite … who live in a bubble,” he welcomed new political players. He said the Brussels bubble spoke its own language and had “no idea about [the border station] Roszke and what it means for migrants to attack police or the danger posed by anonymous bank cards.” “They don’t get that they’re importing terrorism to Europe [through their support for migration] given there’s no threat of terror in their offices and well-protected flats.”

Commenting on the EP elections, Orban said the question of who ends up heading the European Commission and Council was more important than party affiliation. “What matters is whether they are pro-migration or anti-migration.” He asked Hungarian voters to support Fidesz-Christian Democrats because this would be the best way to help anti-migration politicians advance to the most important positions.

Alex Jones breaks down the true origins of ‘Earth Day’ and lays out how the Globalists are planning on fueling phony outrage about environmental conservation to usher in their technocratic control system over every nation in the world.

Commenting on migrant quotas, Orban said Germans now wanted to rid themselves of people whom they had “sheepishly” let in. “While they argue that it is an expression of humanity, they are only showing a simple anti-migrant reflex.” Orban added that Hungary insisted on repatriating migrants and helping them in their homeland instead of redistributing them in Europe.

When asked to comment on French President Emmanuel Macron‘s proposal to exclude countries from Schengen that refuse to participate in migrant distribution, Orban said if Macron wanted to deviate from Schengen rules, he would first have to change the treaty. “My message to him is that such an attempt would fail.”

In connection with last week’s international forum of China’s Belt and Road initiative, Orban said that China’s rise presented a huge opportunity. The plan for air, road and rail connections between Europe and Asia is a global undertaking of historic proportions, and anyone who is left out will become a laggard, he said. Addressing criticism from western Europe, he said Germany and France so far had taken the lion’s share of trade with China, with the latter having sold 300 aircraft to China. No one has any business lecturing Hungary about trading with the East, he added.

Meanwhile, Orban also spoke about his impending visit to Washington, DC, on May 13. He said talks with US President Donald Trump would cover “money, migration and the economy”. Orban said the US and Hungary shared the same standpoint on migration and belonged to a group within the UN that wants to stop international efforts to make migration a global phenomenon. “So a big issue in the talks will be how we can work together in the future to fight migration in international forums.” Economic issues will also be on the agenda, he added, since economic bilateral ties are developing “very well.”

Mike Adams breaks down why Infowars is so important in the fight for liberty.