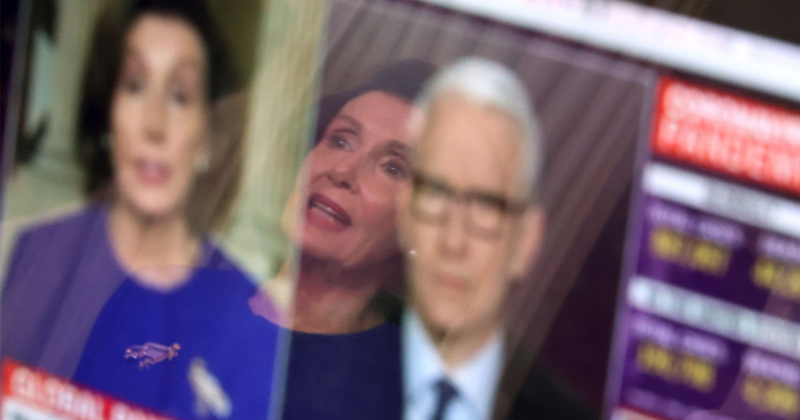 Not hesitating to exploit a health pandemic to advance their ideological agenda, Jacobin magazine on March 26 published an article attempting to proactively blame “millions” of coronavirus deaths on “capitalism.”

Titled “How Capitalism Kills during a Pandemic,” the article advances tired slogans about free markets placing “profits above people,” buttressed by faulty and at times self-contradictory arguments that prove unpersuasive.

To set the most alarmist tone possible, author Nick French begins by warning the reader that the coronavirus “will likely kill millions of people in the United States alone.”

This prediction cherry-picks the most ominous of such projections, irresponsibly relying on the report from London’s Imperial College COVID-19 Response Team, who own authors admitted includes projections that are “worst-case,” combined with the incredibly unrealistic caveat that “there are no interventions or changes in people’s behavior.” The report further admitted that “Epidemic timings are approximate given the limitations of surveillance data in both countries,” in essence cautioning that such predictions will be moot once more sufficient data becomes available. (The Jacobin article was published before a leading author of the report altered his predictions based upon the dramatic responses imposed in countries around the world.)

With the reader sufficiently shocked by the worst-case projection of victims based on partial data and unrealistic assumptions, French quickly assigns the villain: “Many of these fatalities could have been avoided if we had a social order that placed the needs of people over profit,” he declares.

Helping to shape the readers’ cartoonish image of evil capitalism, the article informs us: “capitalists prioritize profits over the welfare of their workers and of humanity as a whole,” and adds, “They will pollute the environment with deadly toxins and planet-destroying greenhouse gases before spending money on safe production processes.”

Mass death is but an unconsidered side effect in the heartless system of capitalism. Such is the framing that French establishes.

This leads into his specific critiques:

“First, pharmaceutical companies could have started to develop a vaccine for the virus years ago. The novel coronavirus that is now ravaging the world is actually one of a family of coronaviruses (including SARS and MERS) with which we have long been familiar,” French notes. “It would have been possible to begin research on vaccines and cures for coronaviruses in general, giving us a head start on treatments for the current outbreak. But pharmaceutical companies did not pursue this research, because the prospect of a cure was not sufficiently profitable.”

Two elephants in the room go unaddressed in this argument. First, if a vaccine for the virus would save millions of lives in the US alone, potentially tens of millions of lives worldwide, why would that product not be profitable? Does the author honestly think that a product that could literally save one’s life would not be in high demand?

Secondly, why does the blame for failing to develop a vaccine fall squarely on private pharmaceutical companies? What about all the other developed nations that have some form of single-payer or universal healthcare system that the Jacobin crowd thinks will save us all? Why didn’t any of them develop a vaccine?

Next, the article addresses concerns about the consequences of the economic shutdown being imposed on the American economy. “Losing a job could result in losing your health-care coverage or being unable to pay your student loans,” French writes. This concern is entirely justifiable.

French blames “capitalism” for putting individuals in precarious situations that are highly exacerbated by the pandemic crisis, but the roots are to be found in government intervention.

Next, he blames greedy capitalist owners for forcing workers to go to work and risk their health because doing otherwise would “hurt bosses’ bottom line.”

In the following paragraph, however, French is forced to concede that the only specific example he cites, Starbucks, despite staying open for a while, “has since shifted to only providing drive-through service because of employee pressure.”

In a competitive market, employers must treat employees reasonably well, or else they will be bid away by more hospitable workplaces.

French then points out the shortages of personal protective equipment such as face masks at hospitals across the country, insisting that this too “is the product of a system that puts profit over people.”

Not so fast. Cumbersome FDA approval processes have been instrumental in slowing the production of much-needed face masks. Moreover, it’s profit-driven private companies such as 3M that are ramping up production of face masks right now in order to bail out the unprepared public health system.

Undaunted, French insists, “If we adequately invested in public hospitals or used state resources to rapidly produce necessary medical equipment, the unfolding pandemic would not hit our health-care system nearly as hard.”

What amount of “investment” would be adequate goes unmentioned. Also unmentioned are the certificate of need (CON) laws still in place in thirty-five states, which require healthcare facilities to get permission from a government commission to expand or otherwise invest in additional medical equipment. These commissions are often stacked with representatives from existing hospitals, who have an incentive to restrict new supply and thus limit competition. Imagine if potential rival retail stores needed to get permission from a committee full of Walmart and Target executives in order to open a new location.

CON laws are one of countless government interventions limiting the supply of medical care in the US. In this the American Medical Association also plays a vital role. As reported by the American Conservative, the AMA “artificially limits the number of doctors, which drives up salaries for doctors and reduces the availability of care.”

For more than a hundred years, the AMA has successfully lobbied governments to enact laws that restrict the number of new doctors in the country. AMA activities have included dramatically decreasing the number of medical schools across the country and turning the process of becoming a doctor into a monumental feat that “requires navigating a maze of accrediting, licensing, and examining bodies.”

The only system putting “profits over people” is that of government interference into the healthcare industry.

French next tries to convince readers that countries with single-payer systems are well equipped to handle the outbreak, unlike the allegedly free market US system.

But on this attempt he also can’t avoid self-contradiction or a downright obfuscation of facts: “Despite the fact that Italy’s health capacity has been overstressed by the particularly brutal explosion of coronavirus there,” he writes, “its universal single-payer health-care system is ensuring that every person, no matter their job or income level, can receive the best treatment possible.”

Well, not every person.

As Politico reported as early as March 3, weeks before French published his article, “anesthesiologists and doctors are being called on to make increasingly tough calls on who gets access to beds and respirators when there are not enough to go around.”

Instead of every person receiving treatment, as French would have you believe is happening, doctors in Italy are forced into “prioritizing younger, otherwise healthy patients over older patients or those with pre-existing conditions.”

French also insists that “Single-payer systems have allowed Denmark and South Korea to quickly institute coronavirus testing on a large scale, which has been essential to their success in slowing the virus’s spread.”

In the case of South Korea, however, it was a previous decision by the government to get the public sector out of the way and allow private sector companies to come to the rescue in cases of emergency that was responsible.

Learning from the 2015 MERS outbreak, reports ProPublica, “Korean officials enacted a key reform, allowing the government to give near-instantaneous approval to testing systems in an emergency.”

The result? “Within weeks of the current outbreak in Wuhan, China, four Korean companies had manufactured tests from a World Health Organization recipe and, as a result, the country quickly had a system that could assess 10,000 people a day.”

In these unprecedented times, many are scared, mourning, and otherwise looking for a villain to blame. Jacobin wants to convince readers that somehow for-profit capitalism is to blame for an underwhelming preparedness. Their argument, however, amounts to little more than sloganeering and half-truths. If anything, it’s the wealth created by capitalist systems that will save lives during this pandemic.