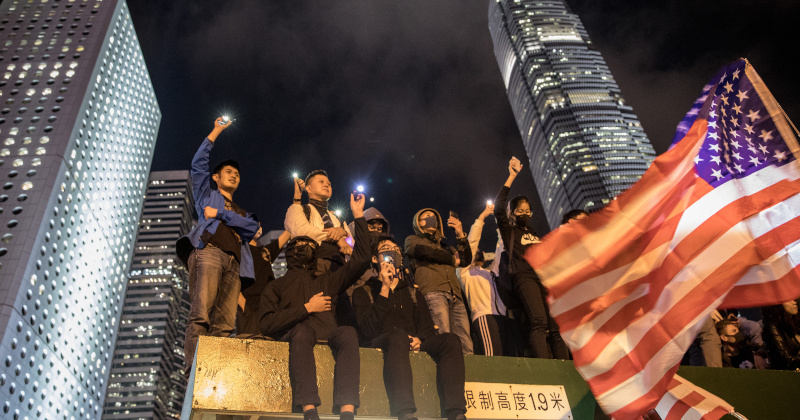 Hong Kong police have completed searches at the Polytechnic University, removing a disturbingly vast arsenal of urban warfare weapons, including firebombs and hazardous liquids, from the recently besieged campus.

Police officers from explosive ordnance teams have secured hundreds of petrol bombs, cans of gas and buckets of chemicals after they cleared the Polytechnic University (PolyU) early on Friday.

The find adds to 3,800 petrol bombs, 921 gas canisters and 588 chemicals, including acid and other corrosive liquids, recovered the previous day, local media report.

Police have also found over 40 damaged cars parked outside the campus; the protesters are believed to have siphoned petrol from them to make Molotov cocktails – a weapon widely used in recent street battles.

The university premises will now be checked for hazardous items by fire brigades. It will be handed over to the PolyU management later on Friday, with the police simultaneously lifting the cordon around the area.

One of Hong Kong’s most prestigious universities has been on lockdown since mid-November. At that time, masked rioters pelted police with petrol bombs and set fire to the campus which they used as a hideout for several days.

Petrol bombs and other incendiary devices were thrown not only at police officers but also at those disagreeing with the increasingly violent movement.

The unrest unfolded in the former British colony back in May, with protesters voicing unease over a proposed bill allowing extradition of locals to mainland China. The controversial legislation was swiftly dropped, but demonstrators ramped up their demands, directing their anger at what they see as Beijing’s “oppressive rule.”

Some Western nations have backed the protest movement, with the US even passing legislation that threatens sanctions over China’s response to it. Beijing, which recovered the territory from the UK in 1997, insists that the Hong Kong unrest is purely an internal affair and strongly rejects foreign interference.