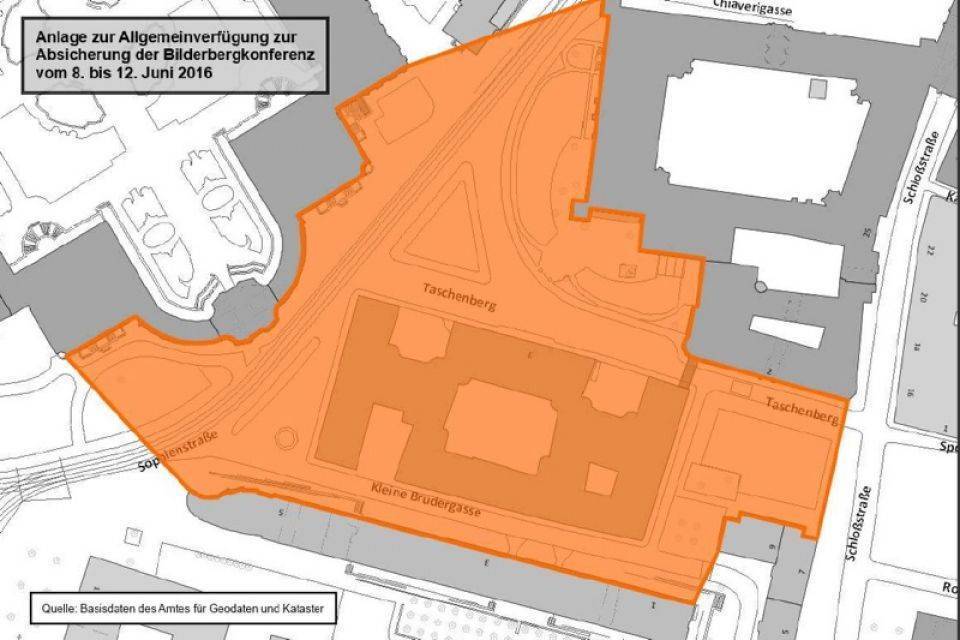 Concrete barricades are currently being set in place around Hotel Taschenbergpalais in Dresden, Germany, the site of this year’s Bilderberg confab.

Guardian journalist Charlie Skelton tweeted a pic of the cordon going up around the building Monday, where some 150 world leaders, heads of state, technological figures and journalists are set to meet later this week.

German paper Mitteldeutsche Zeitung (mz-web.de) reports the elite will also be erecting a “high fence” left over from a G7 meeting of finance ministers which took place at the hotel over a year ago.

Security at this year’s secretive meeting is expected to be tight, with the City of Dresden establishing a large “security restricted area” around the hotel starting at noon on Wednesday, June 8 til 4PM Sunday, June 12.

“During this time, demonstrations in the field are completely banned,” reports Mopo24.de. “The ‘formation of crowds with more than 15 people is forbidden.'”

An official list of this year’s participants and meeting topics have yet to be released.

As well, “The heads of Google, Shell, BP and Deutsche Bank will be there,” according to Skelton, “and Brexit will be top of the agenda.”

Infowars reporters will be on the ground at the venue throughout the week.