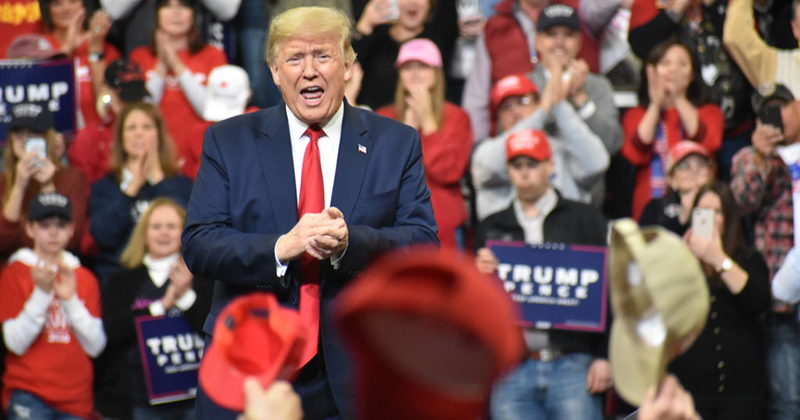 It looks like Hunter Biden can sleep well at night in his $12,000 per month Hollywood home after Politico reports that the GOP has enough Republican Senators to block witnesses in President President Trump’s impeachment trial.

Democrats needed at least four Republicans to defect – two of which they found in Sens. Mitt Romney of Utah and Susan Collins of Maine(who was mercilessly flamed by conservatives over social media) – however an 11th hour ‘no’ decision by Lamar Alexander (R-TN) means that the decision would fall to Chief Justice John Roberts in the event of a tie.

And Roberts may not even have to weigh in if the fourth potential GOP defector, Sen. Lisa Murkowski of Alaska, votes ‘no’ as well.

Mike Adams joins Savanah and Harrison to reveal what President Trump can do to protect America from the spread of Coronavirus.

Still, Alexander argues that while Trump acted inappropriately, “the Constitution does not give the Senate the power to remove the president from office and ban him from this year’s ballot simply for actions that are inappropriate.”

He also reasons that “The framers believed that there should never, ever be a partisan impeachment. That is why the Constitution requires a 2/3 vote of the Senate for conviction.

Yet not one House Republican voted for these articles.”

“If this shallow, hurried and wholly partisan impeachment were to succeed, it would rip the country apart, pouring gasoline on the fire of cultural divisions that already exist,” Alexander continued.

“It would create the weapon of perpetual impeachment to be used against future presidents whenever the House of Representatives is of a different political party.”

The question then is not whether the president did it, but whether the United States Senate or the American people should decide what to do about what he did. 8/15

While the outcome will allow Republicans to put a bow on the affair, expect Democrats and their MSM amplifiers to cry foul over the ‘rigged farce’ while parroting distributed talking points.

And while Democrats may fume over not being able to hear from John Bolton, Mick Mulvaney and other current and former White House employees regarding Trump’s conduct with Ukraine, Republicans hoping for a nervous Hunter Biden and a CIA operative ‘whistleblower’ to take the stand, will be equally disappointed.

Meanwhile, Susan Collins has taken a ration of flack over social media for essentially virtue signaling to the Democrats when she (likely) knew Alexander would be a ‘no’ – and the battle over Bolton and the Bidens was never going to happen.

The fact that Collins needed weeks of soul-searching and melodrama to decide that dorky teen Brett Kavanaugh probably didn't mastermind a human trafficking ring was a big warning sign.

Let’s see how Maine Republicans feel about Collins in November.