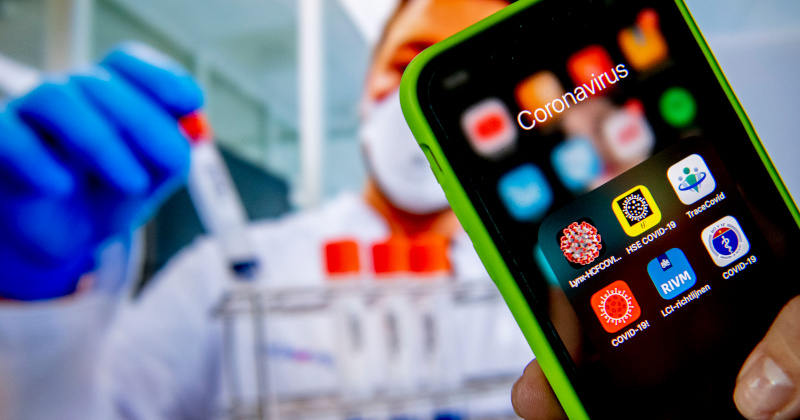 The march towards an Orwellian society is closer than ever, as governments have used COVID-19 as a perfect cover to implement totalitarian measures to track citizens that amount to human rights violations to “flatten the pandemic curve.”

The latest example is coming from France’s health minister Olivier Véran and digital minister Cédric O, who announced in an interview with Le Monde that the French government is developing a smartphone app that will track citizens, by warning them if they come into contact with a COVID-19 carrier.

“In the fight against Covid-19, technology can help,” O told the French newspaper. “Nothing will be decided without broad debate.”

France’s digital minister said the app project is called “StopCovid” – and will be voluntarily downloaded on smartphones — will utilize the phone’s Bluetooth capabilities to notify users if they come into proximity to a carrier. The app only works if virus carriers and others have the software operating on the phone.

“The application would simply inform you that you have been in contact in the previous days with someone who tested positive,” O said, adding that developers have been working on the app for several days.

French law currently prohibits smartphone tracking, unlike China and South Korea, that monitor their citizens to make sure COVID-19 carriers are quarantining at home.

Several lawmakers in France have told President Emmanuel Macron’s parliament that they would be opposed to geo-tracking civilians.

O told the French paper that the app uses Bluetooth and not geolocation and reaffirmed that the government would not track people.

“We shouldn’t start a mind-trip over how repressive an application it would be,” the minister said. “Our scenario is one of a voluntary tool, that could be un-installed at any time. Nobody will have access to the list of contaminated people and it’ll be impossible to know who contaminated who.”

The problem with the surveillance app is that when the virus curve flattens, and a vaccine is found down the line, the government could utilize the app as a means of control. The European Commission has told countries that they must have “appropriate safeguards” before deploying surveillance tools to mitigate the virus spread.

And with France extending lockdowns beyond April 15, it’s only a matter of time before the new surveillance app is released. How long until a similar app is seen in America?

Infowars reporter Savanah Hernandez joins The Alex Jones Show to break down the current state of those cowering in fear and willingly submitting to life under a ‘police state’ lockdown of society.