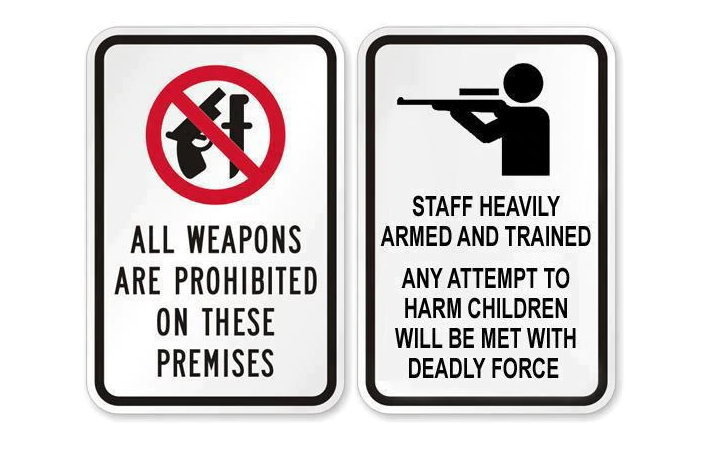 Florida’s House of Representatives passed a bill on Wednesday allowing full-time teachers to carry guns in the classroom – expanding on a program launched in the wake of the deadly Parkland high school shooting in February, 2018.

The bill, passed by a vote of 65 to 47 after two days of debate in which Republicans thwarted Democratic legislators’ attempts to amend, stall or kill the measure. It was approved by Florida’s Senate last week by a vote of 22 to 17, and now heads to the desk of Republican Governor Ron DeSantis who is expected to sign it into law, according to Reuters.

Teachers who complete a 144-hour training course as part of the voluntary guardian program will be allowed to carry.

On Feb. 14, 2018, a former student armed with a semiautomatic rifle opened fire at Marjory Stoneman Douglas High School in Parkland, Florida, killing 17 people and wounding 17 others.

Yesterday Laura Loomer was banned from Facebook and Instagram along with other prominent conservatives. Laura joins Alex via Skype to discuss the ban and the effects Big Tech censorship has had on her life.

President Donald Trump and the National Rifle Association have argued an armed teacher could provide the best defense against a shooter bent on mass murder.

Opponents questioned whether the solution to gun violence should be the presence of even more guns and warned of the danger of a teacher misfiring during a crisis or police mistaking an armed teacher for the assailant. –Reuters

Gun rights advocates have hailed the bill’s passage as a victory.

Following the Parkland shooting, lawmakers in Florida quickly passed legislation requiring schools to place at least one armed staff member or law-enforcement officer on each campus, as well as a three-day waiting period to legally purchase a gun. The state also raised the age limit for buying rifles from 18 to 21.

Backers of the new bill argue that school shootings occur too quickly for law enforcement to respond, while opponents say the measure could lead to accidental shootings or misfirings.

Expecting the bill to pass, school employees in 40 of Florida’s 67 counties have already enrolled or planned to enroll in the 144-hour course, according to a spokesman for the Speaker of the House. Other counties have resolved not to participate in the Guardian program.