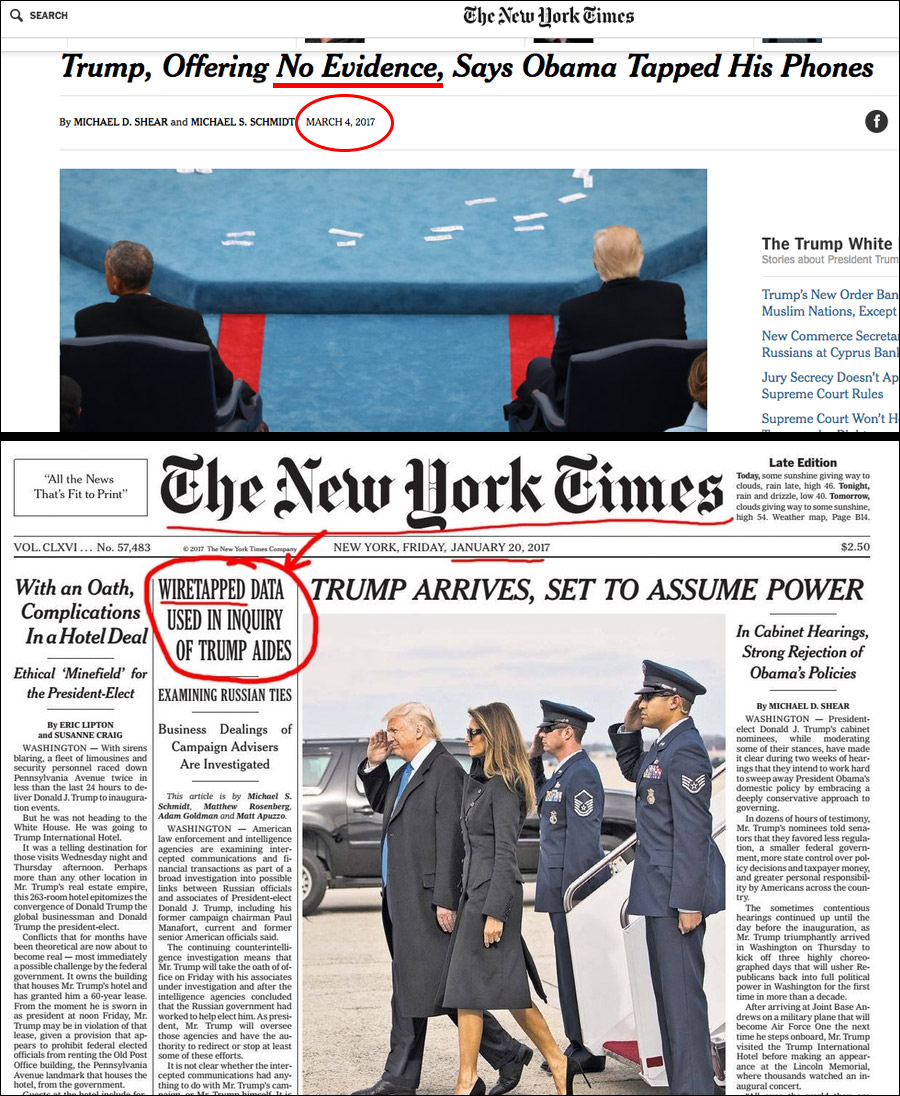 The New York Times already admitted wiretaps were used against the Trump campaign, despite now claiming there’s “no evidence” of the wiretapping accusations President Trump lodged against the former Obama administration on Saturday.

A New York Times article published on Inauguration Day specifically referenced “Wiretaps” in its headline, though it didn’t specifically mention that Trump himself, or Trump Tower was bugged.

Here’s an excerpt from that article: 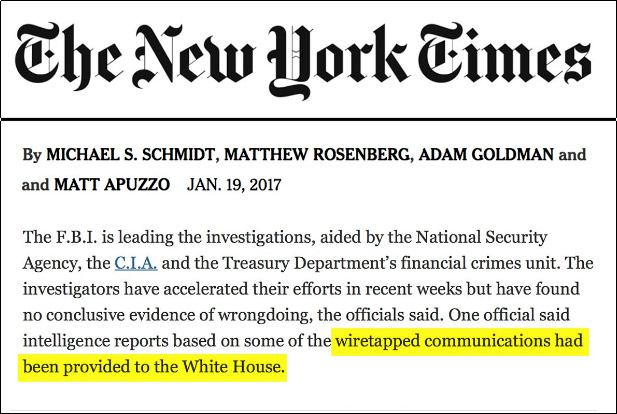 Despite previously reporting on the “wiretaps,” the New York Times on Saturday asserted President Trump had “no evidence” for accusing his predecessor of wiretapping his incoming administration’s communications.

Terrible! Just found out that Obama had my "wires tapped" in Trump Tower just before the victory. Nothing found. This is McCarthyism!

“The president’s decision on Saturday to lend the power of his office to accusations against his predecessor of politically motivated wiretapping — without offering any proof — was remarkable, even for a leader who has repeatedly shown himself willing to make assertions that are false or based on dubious sources,” the Times wrote in an article written by at least one of the same authors of the previous piece.

The NYT went on to argue that such a wiretap “would have been difficult” for federal law enforcement to obtain, and claimed protections are in place to keep presidents from interfering with political rivals:

It would have been difficult for federal agents, working within the law, to obtain a wiretap order to target Mr. Trump’s phone conversations. It would have meant that the Justice Department had gathered sufficient evidence to convince a federal judge that there was probable cause to believe Mr. Trump had committed a serious crime or was an agent of a foreign power, depending on whether it was a criminal investigation or a foreign intelligence one.

Former officials pointed to longstanding laws and procedures intended to ensure that presidents cannot wiretap a rival for political purposes.