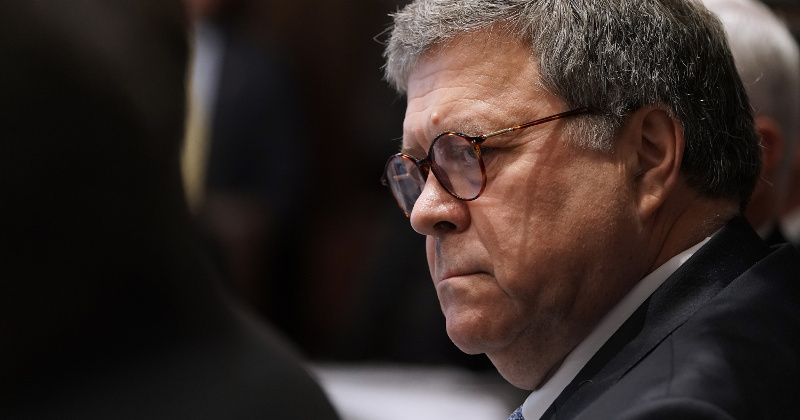 The media was left with egg on its face after the Department of Justice denied reports that Attorney General William Barr was considering resigning from his post if President Trump didn’t stop tweeting.

Breathless reporting by the likes of The Washington Post, The Associated Press and others claimed that Barr was getting so fed up with Trump’s tweeting he was thinking about stepping down over it, citing anonymous sources.

But DOJ spokesperson Kerri Kupec quickly shut down the reports: “Addressing Beltway rumors: The Attorney General has no plans to resign.”

Addressing Beltway rumors: The Attorney General has no plans to resign.

The apparently false report may be the latest attempt by the corporate media to derail Barr, on whom they’ve launched an all-out assault after he intervened in the Roger Stone case last week.

For example, one article by the Atlantic charged that “it is not too strong to say that Bill Barr is un-American.”

And in a move spearheaded by leftist group Protect Democracy, a group of 1,100 former DOJ employees penned a letter demanding Barr’s resignation for rebuking the DOJ’s 7-9 year sentence recommendation of Roger Stone, resulting in the resignation of all four Mueller-connected prosecutors assigned to his case.

The media’s attacks on Barr aren’t grounded in the rule of law, but in their hatred of Trump.

“It’s not clear why the country would collapse into dictatorship if Stone is sentenced to less than seven years in prison, especially given that the judge has complete discretion to impose whatever sentence she sees fit,” the National Review observed.

Of course the mockingbirds over at ABC News want you to believe that Attorney General Barr’s recent complaints singled out the President. No mention of the unyielding harassment by the media and Democrats. But what can you expect from a publication that turns a rare newsworthy Presidential atop at a local diner in New Hampshire into racist propaganda.