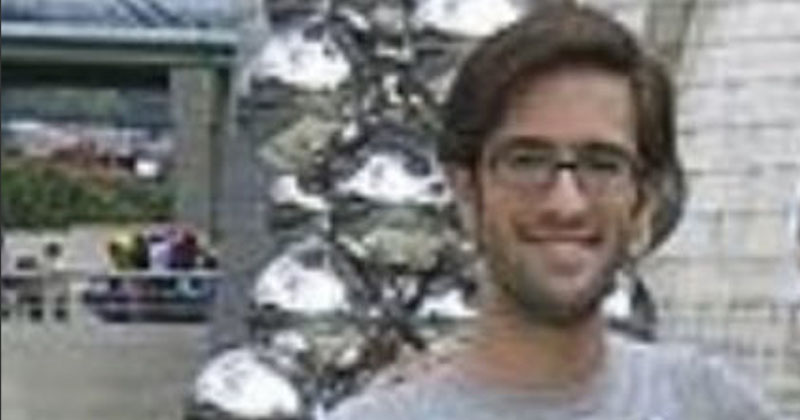 CIA agent and former NSC staffer Eric Ciaramella has been named as the whistle blower by several outlets. His name was first given to me, although I didn’t run the story because the media would immediately lie about me to protect Ciaramella, as they have done before.

In 2017 I rose to prominence as the most sourced reporter, breaking the Susan Rice unmasking story. During my reporting In uncovered that many leaks were coming from McMaster and his allies.

Then the media hit back. Journalists who were receiving leaks needed to protect their leakers. They smeared Cerno to “kill the messenger.” Here is one example at Foreign Policy:

On June 11, alt-right blogger Mike Cernovich published an article attacking an assistant to National Security Advisor H.R. McMaster, claiming the previously low-profile civil servant wanted to “sabotage” President Donald Trump. The piece described Eric Ciaramella as “pro-Ukraine and anti-Russia” and alleged, with no evidence, that he was possibly responsible for high-level leaks. The response to the piece included online threats of violence against Ciaramella, which contributed to his decision to leave his job at the National Security Council a few weeks early, according to two sources familiar with the situation.

The Washington Post has called for Alex Jones’ arrest after he had the nerve to expose a corrupt court in action.

I love that “with no evidence” line. I literally had deeply-sourced stores. Multiple stories of mine were confirmed by other outlets and also by current events.

That FP article also falsely claimed Ciaramella was getting threats. No proof of these threats were provided in the article. Ciaramella works in the f-cking CIA, but they couldn’t name one person who made a threat against Ciaramella? Get real. There were no threats. Just lies about Cerno.

It was all a media lie and smear campaign to shut down my reporting.

When I report on someone, It’s harassment! When the media reports on a meme maker, it’s journalism!

– What is the difference between journalism and activism? That’s an essay question right there, and I bet you most haven’t thought deeply about the difference, or whether there is one.

No one can explain this difference in treatment, especially given my proven track record breaking many stories.

I continued reporting aggressively, breaking huge stories that no one else had.

My stories were so deeply-sourced that McMaster held meetings about me:

The leaking threat isn’t necessarily exaggerated. Cernovich appears to have sources within the White House and has broken stories that could only have come from people with direct knowledge of internal proceedings, though he has told me he uses burner phones and encrypted apps, and doesn’t always know his sources’ identities.

McMaster also asked Andrew McCabe to open a counter-espionage investigation into me. McCabe declined to do so. (McMaster also asked McCabe to investigate Tara Palmeri. For some reason no reporter will break this story on McMaster’s excesses, but it’s well-known that McMaster was frustrated by Palmeri’s sourcing.)

Well now it’ alleged that Eric Ciaramella is a whistle blower. Which is a magical way of saying, yes he was leaking.

Cerno’s stories were yet again confirmed.

“By the way, upgrade your smile with the new SuperSilver Whitening Toothpaste that’s on sale now!”