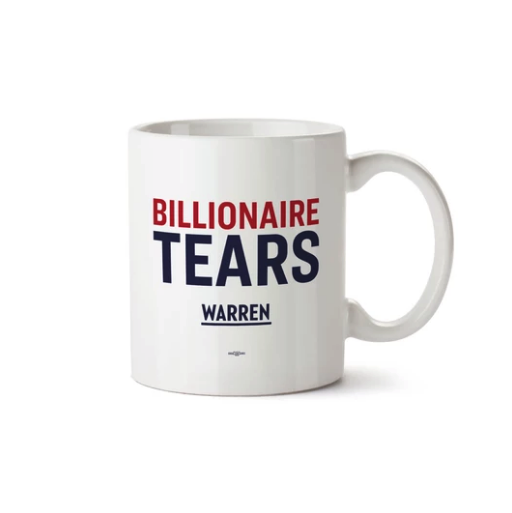 Shopify, the company Warren’s campaign is selling the mugs through, is owned by billionaire CEO Tobias Lütke, worth $2.8 billion.

The text for the product on Warren’s campaign website reads, “In November 2019, billionaire and former Goldman Sachs executive Leon Cooperman (who as recently as 2017 settled with the SEC on insider-trading charges) was brought to tears on live television while discussing the prospect that a President Elizabeth Warren might require him to pay his fair share in taxes. Savor a warm, slightly salty beverage of your choice in this union-made mug as you contemplate all the good a wealth tax could do: universal childcare, student debt cancellation, universal free college, and more.”

The overpriced coffee mugs are being sold for $25.

According to FEC records, the Warren campaign generated over $100,000 in revenue for Shopify on credit card processing fees in 2019.

However, the hypocritical decision to team up with the billionaire CEO will likely not hurt Warren’s presidential bid as Democrat voters have time and time again turned a blind eye to scandals involving members of their party.