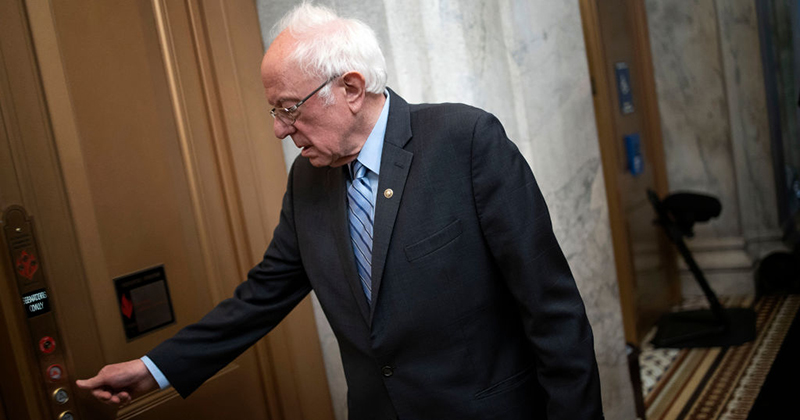 Dozens of Sen. Bernie Sanders (I-VT) supporters have been reduced to tears after the Vermont Senator announced he would be suspending his presidential campaign.

Sadly, many memes and armchair pundit predictions foresaw the democratic socialist’s early exit–in a scene far too reminiscent of 2016’s supposed betrayal at the hands of the DNC.

Social media was flooded with memes–and tears–of heartbroken progressives losing their preferred candidate, and given an ostensible choice between Joe Biden and incumbent Donald J. Trump.

Twitter was awash with several accounts dumping their emotions onto social media.

I was not fucking expecting @BernieSanders to suspend his campaign today. crying while listening to pills n potions 😭👉

No one talk to me unless they’re crying about Bernie Sanders too.

Is anyone else crying? I just saw the news about @BernieSanders, and I am overcome by grief.

Owen brainstorms with callers about what could play out with Joe Biden as the November election approaches.

Before posting my analysis of Bernie’s decision and its impacts, I want to take a moment to thank Senator Sanders for
📌all his tireless work over the past 50 years
📌his amazing contributions to our country & history
📌inspiring me to seek public office. I’m crying as I write.

I cannot relive 2016. I can’t. I’m not walking into that polling place crying over which shitty dementia patient I should vote for because the DNC bullied me into it.

Several other users took to the platform to vent their frustrations over the prospect of potentially casting a vote for Joe Biden.

National File previously reported that Reddit also suffered a meltdownover Sanders’ announcement to suspend his campaign. Myriad Bernie bros of all stripes dumped their emotions onto the message board at the news.