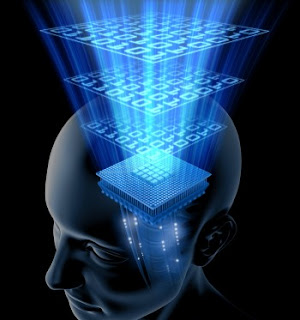 Big Brother has turned monitoring the Internet into big business, which grows daily as the controllers wave the false flag of cybersecurity.  Since the magnitude of the “Top Secret” Intelligence Industrial Complex has now been published by the elitist mouthpiece, The Washington Post, it seems there is no stopping the Internet control machine from eliminating all privacy and anonymity on the Web.

Facebook made it clear they were participating in the eradication of privacy when this week they published the private data of 100 million members.  But it’s not good enough just to have the data available if the government needs it with a court order; rather, they want to map everything in order to predict behavior “just in case a crime may be committed” in the future.  It is the open announcement of a Minority Report-style system that is set to work inside and outside of The Cyber World.

The Internet now appears to be enfolding into a tyrannical high-tech control grid.  After all, the powerful monopolistic cartels that control every industry, every government, and the media, must feel thoroughly threatened by the Internet — which, in its current form, represents the ultimate “free market” of free minds where all the people can voice their uniqueness.

According to Wired, Google has partnered with the CIA to fund intricate tracking of the Internet:

The company is called Recorded Future, and it scours tens of thousands of websites, blogs and Twitter accounts to find the relationships between people, organizations, actions and incidents — both present and still-to-come. In a white paper, the company says its temporal analytics engine “goes beyond search” by “looking at the ‘invisible links’ between documents that talk about the same, or related, entities and events.”

Besides the now public merger between Google and the CIA, there is a privately-held, little-known company called The Hive Group, specializing in “decoding the Internet’s raw data,” which seems to be at the heart of a philosophical high-tech system that seeks to track, trace, and database our every move. The Hive Group was founded by the creator of hyperlink technology, Ben Shneiderman, a computer scientist specializing in human-computer interaction.  According to their site they offer, “information treemapping solutions to both industry and government.”  Their primary commercial product, Honeycomb, is listed as a tool for Armed Services, International Governance and Security, and Intelligence described as:

Shortly after September 11th, Hive Group founder Dr. Shneiderman testified in Congressional hearings about national identification systems and Biometric ID cards on behalf of the U.S. Public Policy Committee of the Association for Computing Machinery (USACM), which is an 80,000-member strong international professional society, where he said:

Implementing an intricate national identification system is a challenging systems engineering matter. It requires a complex integration of social and technical systems, including humans, hardware, software, networks, and database security. Such socio-technical systems are always vulnerable to error, breakdown, sabotage and destruction by natural events or by people with malicious intentions.

In a 2002 book, Human Choice and Computers: Issues of Choice and Quality of Life in the Information Society, when referring to Biometric ID cards or other National Identification Schemes (NIDS) possibly having prevented the September 11th attacks, the authors quote Shneiderman’s testitomy, “The positive identification of individuals does not equate to trustworthiness or lack of criminal intent.” 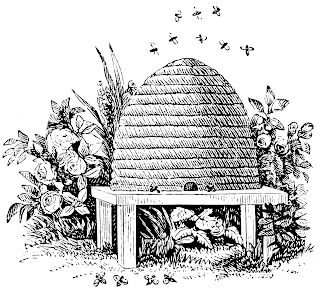 In other words, Big Brother has a lot of work to do on predictive behavior technology to keep us safe from the terrorists. Let’s now remember that this testimony took place nearly 9 years ago with many billions since spent on the Intelligence Industrial Complex. The Hive Group is one of the companies spearheading the bridge between government and the private sector, having done work for the Defense Department, Lockheed Martin, and SAIC, and even mapped the spread of the bogus H1N1 outbreak “pandemic.”

In a rare article (press release) in The Washington Post about the privately-held company, titled “The Next Frontier: Decoding the Internet’s Raw Data,” Schneiderman is quoted as saying:

Our belief is that technology is not just useful as toys or for business, we’re talking about using these technologies for national priorities.

Although the majority of HIVE’s commercial applications seem somewhat benign, the “national priorities” he refers to lean more toward tyrannical control than actual cybersecurity.

The company also has a nefarious connotation with its acronym HIVE and its key product Honeycomb.  Both concepts are derived from Transhumanism — the philosophy to culturally self-direct evolution and facilitate the human-computer bond into a scientific dictatorship modeled after the central direction of the beehive colony in nature.  It should be no surprise, then, that The Hive Group offers a world population application, since Julian Huxley — the father of Transhumanism — was instrumental in the philosophy and policies of population management and reduction.

We are heading toward an age where mind and machine are one and the same.  For the advocates of freedom, it is a true blessing to be able to congregate and disseminate the message of peace and prosperity.  However, under the authoritarian rule of the control-oriented HIVE philosophy — where man is no better, nor different, than bees in a honeycomb — we have been reduced to be workers at the service of the queen.