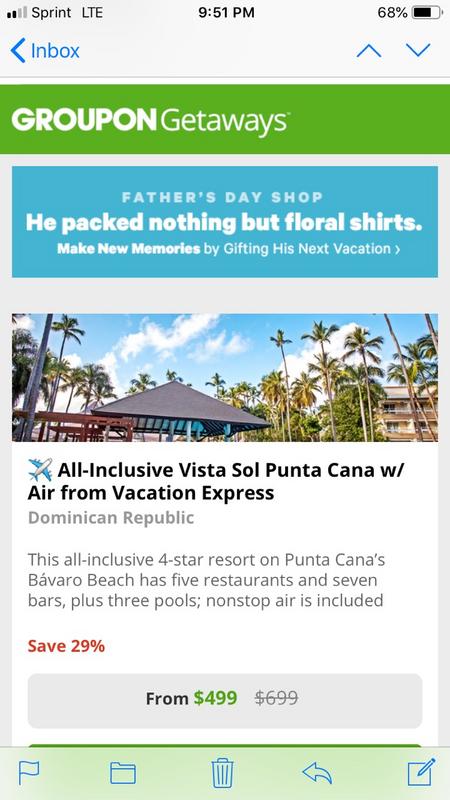 Groupon is overloaded with discounted vacation packages to the Dominican Republic after a wave of tourist deaths shocked the country.

Groupon, which helps local merchants connect to consumers, alerted its consumers to an all-inclusive resort package including airfare at a very sizable discount over the past weekend:

A curious glance reveals there’s a deluge of sensational travel packages to the Dominican Republic at affordable prices: 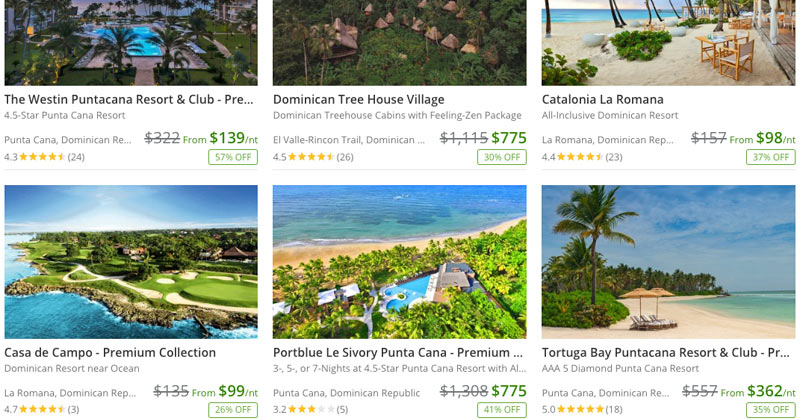 But the Dominican Republic is blanketed with an ongoing mystery: why have multiple tourists recently grown sick from unexplained causes – with some even dying?

“At least nine tourists have died in the tropical paradise of the Dominican Republic over the past year – sparking fears that illegally-sold alcohol is finding its way into hotel minibars,” reported the Daily Star. “…In the most widespread incident to date, 47 tourists attending a concert by American singer Jimmy Buffett became violently ill with some taking over two months to recover.”

The deaths have even sparked the FBI’s interest, and now federal agents are investigating in tandem with local authorities.

“The resorts said they are cooperating with authorities,” reported CBS. “Right now, there are no medical connections linking the deaths.”

“The resorts said they are feeling the economic impact from the negative publicity. Nearly seven million tourists visit the Dominican Republic and most are from the U.S.”

And local authorities are also working in tandem with PR firms to handle the crisis, especially considering the country is heavily dependent on US tourism.

“It’s worrying because tourism is the spinal cord of our economy,” said one taxi driver. “If tourism falls, my country falls.”

The Minister of Tourism says it’s working to “provide a definitive answer to the afflicted families.”

Groupon didn’t respond to comment at the time of this writing.

Max Landis, a screen writer and prominent “male feminist,” has now been accused of sexual assault by multiple women. Paul Joseph Watson explains why those that “virtue signal” the loudest may actually be covering up their own politically incorrect misdeeds.