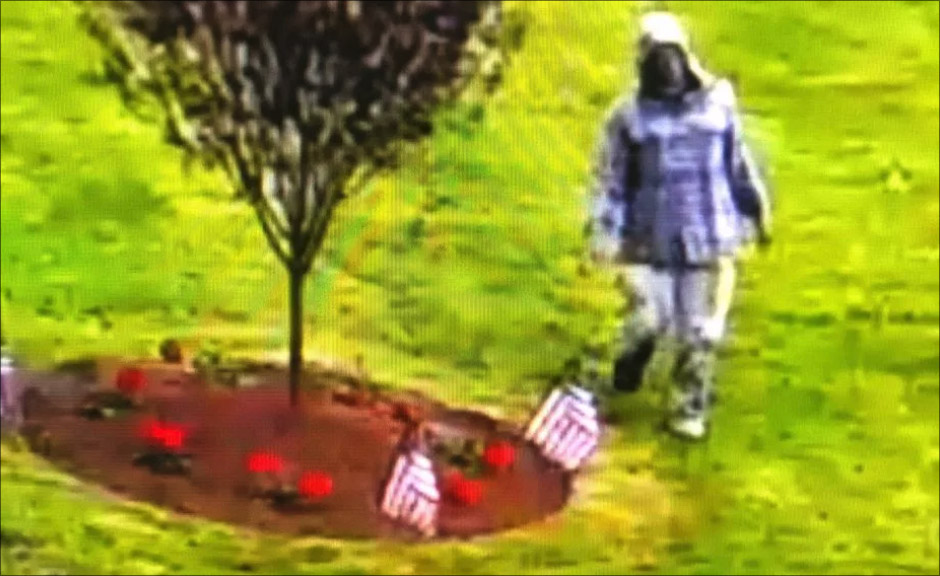 The Vietnam Veterans Memorial in Boston’s Dorchester neighborhood was vandalized Thursday night by a suspect who drew swastikas on monuments, threw American flags in a creek and ripped bushes from the earth.

Surveillance video shows an image of the person suspected of committing the vandalism just days before Memorial Day.

Watch below as a crew takes American flags out of the muddy water.

President of the Dorchester Vietnam Memorial Committee Joe Zinck said, “It’s very frustrating. Unless we find the person and talk to them we might never know why they chose this site to do it, because I don’t think it was a random act.”

According to Zinck, the suspect ripped over 100 flags from the ground and pulled bushes and shrubs out, throwing them into a nearby wooded area.

“It’s a sickness, a disease, deranged,” he said.

A local resident noted that the vandalism comes days before Gold Star families are set to descend on the grounds to pay tribute the the fallen soldiers for Memorial Day.

Police are investigating the incident, which is similar to another attack on the memorial in October.

Last fall, a granite obelisk at the memorial was torn apart when a suspect threw bricks at it.

The individual from the October incident also cut up an American flag and took a Massachusetts flag off its pole and covered it in trash.

The memorial is in honor of 80 servicemen who were killed during the Vietnam War and sits on a space owned by the University of Massachusetts Boston.