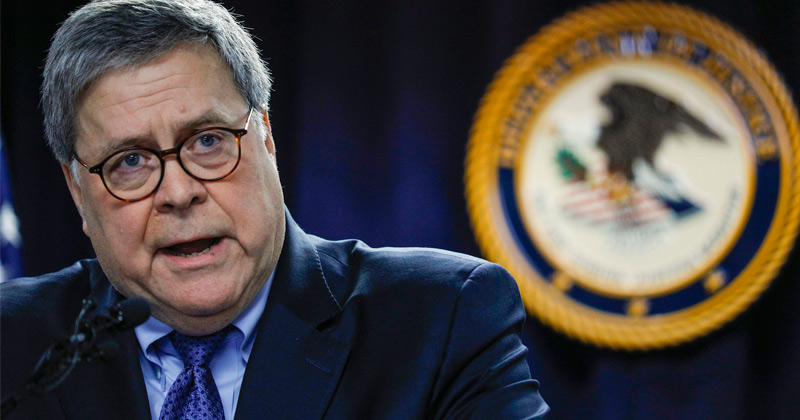 House Democrats introduced a resolution on Tuesday to impeach DOJ Attorney General William Barr for “perverting the rule of law.”

The resolution, introduced by Rep. Steve Cohen (D-Tenn.) and co-sponsored by 35 other Democrats, announces that the House will “investigate and consider” impeaching Barr over a number of non-issues, such as “violating” the constitutional rights of the Black Lives Matter rioters who tried to storm the White House, and dismissing the bogus charges against former National Security Adviser Michael Flynn.

“In the past few weeks alone, Barr has ordered the attack on peaceful protestors in Lafayette Park, in violation of their constitutional rights, and moved to drop charges against Michael Flynn, the President’s former campaign advisor, despite his guilty pleas,” the resolution states.

“He fired without any explanation the U.S. Attorney in the Southern District of New York who was overseeing investigations into the President’s associates and possibly the President himself.”

“The pattern here is unmistakable,” it continues. “Barr obstructs justice by favoring the President’s friends and political allies. He abuses his power by using the Department of Justice to harass, intimidate and attack disfavored Americans and the President’s political opponents. My oath to support and defend the Constitution compels me to confront this corruption. Congress is a co-equal branch of government and we must get to the bottom of this and hold Bill Barr accountable.”

Given none of the “offenses” listed in the resolution outline any actual crimes, Rep. Jim Jordan (R-Ohio) responded to the news best, saying, “Are you kidding me?”

Are you kidding me?

Bill Barr is cleaning up the mess that Obama, Biden, and Comey created!

Read the Democrats’ full resolution below:

The Democrat Party is growing more and more desperate by the day as the people begin waking up to their race-baiting divide-and-conquer tactics.