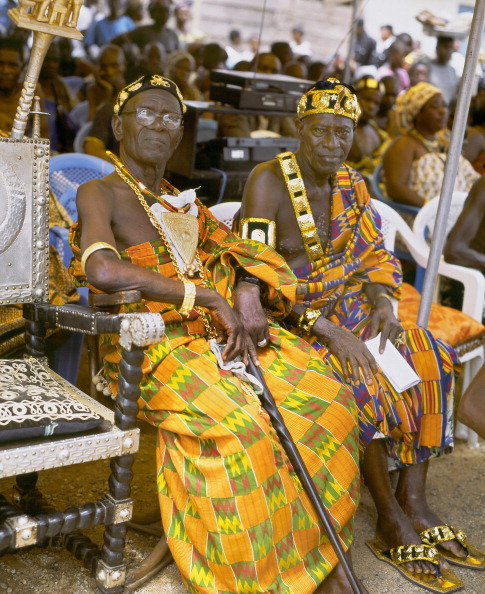 Congressional Democrats take a knee as they observe a nearly nine minute moment of silence for George Floyd at Emancipation Hall at the U.S. Capitol. https://t.co/JnqDlzMFDq pic.twitter.com/8CBdgtLUjz

While some on the left might say the tribute qualifies as cultural appropriation, it may be even worse as the Democrats were wearing a symbol of Ashanti royalty.

The Ashanti elite were major players in the global slave trade market of the Seventeenth Century.

“Kente cloth, which was associated with Ashanti royalty, was made of silk during the seventeenth and eighteenth centuries,” according to UltimateHistoryProject.com.

“If the early Ashanti Empire economy depended on the gold trade in the 1700s, by the early 1800s it had become a major exporter of enslaved people,” BlackPast.org writes. “The slave trade was originally focused north with captives going to Mande and Hausa traders who exchanged them for goods from North Africa and indirectly from Europe.”

“By 1800, the trade had shifted to the south as the Ashanti sought to meet the growing demand of the British, Dutch, and French for captives. In exchange, the Ashanti received luxury items and some manufactured goods including most importantly firearms,” the article explains.

Knowing this, it’s ironic that Democrats chose to dress like Ashanti slave traders because their party thinks it owns black Americans.

Perhaps Democrats should refresh on their history before attempting their next racially motivated stunt.