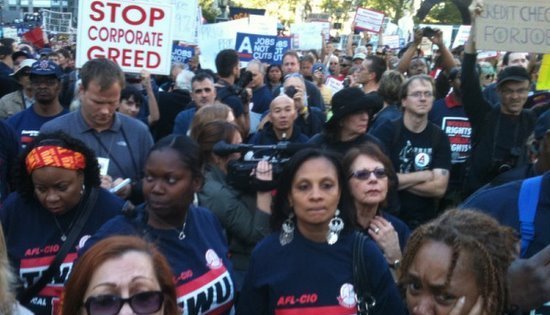 It has a familiar ring. Blacks and Latinos on the outside of the burgeoning OWS movement claim the leadership of the movement has not reached out to them.

Janell Ross, writing for AOL-Huffington Post, quotes Andrew Grant-Thomas, deputy director at the Kirwan Institute for the Study of Race and Ethnicity at Ohio State University, who states that segregation is alive and well in America – and that includes social networks.

Unlike the Tea Party movement, however, OWS has not been accused of racism. It is basically the insularity of white progressives, according to the folks cited by Ross, not racism.

The Tea Party, on the other hand, is considered downright racist by a lot of so-called progressives and more than a few black people, including the NAACP.

NAACP delegates passed a resolution condemning “extremist elements within the Tea Party” and demanded Tea Party leaders “repudiate those in their ranks who use racist language in their signs and speeches.”

I wonder if the NAACP will call the “leaders” of the supposed leaderless OWS movement racist and pass a resolution repudiating them like it did in response to the Tea Party.