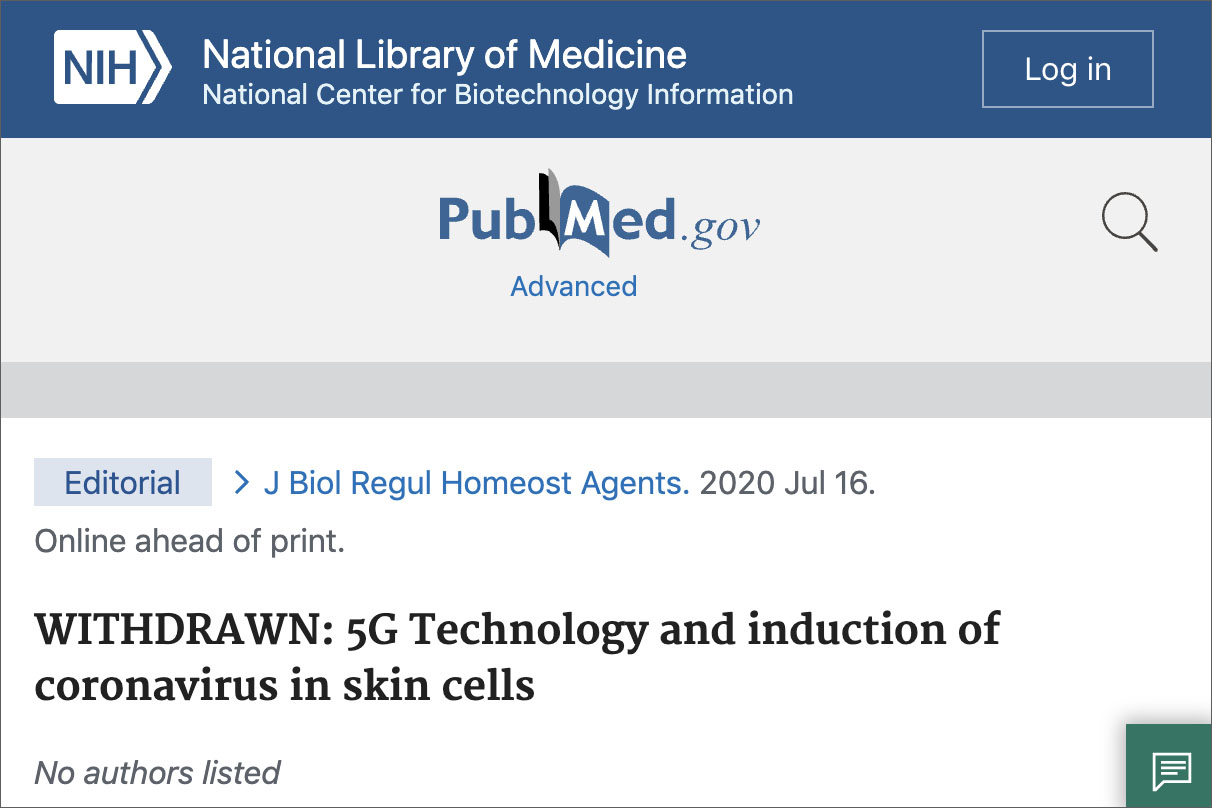 The National Institute of Health (NIH) removed a study from its website linking 5G radiation with the coronavirus after Infowars first brought attention to it.

According to the Internet Archive, the NIH removed the study from their website in the afternoon of Friday July 24th, two days after Infowars first reported on it.

“In this research, we show that 5G millimeter waves could be absorbed by dermatologic cells acting like antennas, transferred to other cells and play the main role in producing Coronaviruses in biological cells,” the study states.

“DNA is built from charged electrons and atoms and has an inductor-like structure. This structure could be divided into linear, toroid and round inductors. Inductors interact with external electromagnetic waves, move and produce some extra waves within the cells. The shapes of these waves are similar to shapes of hexagonal and pentagonal bases of their DNA source. These waves produce some holes in liquids within the nucleus. To fill these holes, some extra hexagonal and pentagonal bases are produced. These bases could join to each other and form virus-like structures such as Coronavirus.”

What’s more disturbing: that the NIH had a study on its official website claiming 5G creates coronaviruses, or the fact it was removed after becoming exposed?

Read the study the NIH doesn’t want you see below:

Sure 5G means more devices at mega-fast speeds, low delays and your personal files will instantly pop out of the cloud. But the 5G rollout is rife with so many issues threatening human health and civil liberties that it’s simply easier for the mainstream media to sell you a stack of positives rather than address the mountain of negatives.