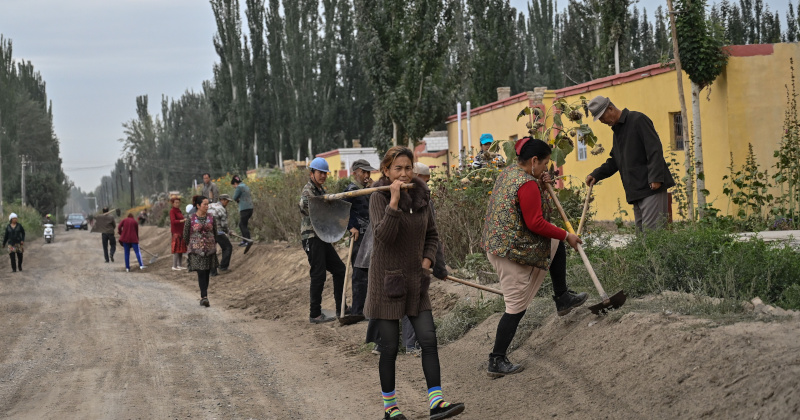 A US bill that describes Beijing’s treatment of Muslim minorities as “gross violations” of human rights has been overwhelmingly supported.

China has refuted the claims, saying they are merely trying to combat terrorism.

The US House of Representatives approved a bill late on Tuesday aimed at increasing pressure on China over the brutal crackdown on Muslim minorities in the northwestern region of Xinjiang.

Congress voted 407-1 in favor of the Uighur Human Rights Policy Act of 2019, which has already passed the Senate.

The Act decries China’s “gross human rights violations” linked to the maltreatment of more than 1 million Uighurs, Kazakhs and other minorities in so-called reeducation camps.

The minorities at the camps are subjected to political indoctrination, torture, beatings, and food deprivation, as well as denial of religious and linguistic freedom.

The Act urges US President Donald Trump to impose sanctions on Chinese officials behind the Uighur policy, including Chen Quanguo, the Communist Party chief for Xinjiang.

“The Chinese Government and Communist Party is working to systematically wipe out the ethnic and cultural identities of Uighurs and other Muslim minorities in Xinjiang,” said Senator Marco Rubio.

Meanwhile, Nancy Pelosi, Speaker of the House of Representatives, told her colleagues prior to the vote: “Today the human dignity and human rights of the Uighur community are under threat from Beijing’s barbarous actions, which are an outrage to the collective conscience of the world.”

The legislative measure sparked a furious response from Beijing.

“We urge the US to immediately correct its mistakes, prevent the aforementioned Xinjiang-related bill from becoming law, and stop using the Xinjiang-related issue to interfere in China’s internal affairs,” a Chinese Foreign Ministry spokesperson said in a statement.

“China will respond according to the development of the situation,” spokeswoman Hua Chunying said.

“Xinjiang-related issues are not issues of human rights, ethnicity or religion, but issues related to anti-terrorism and anti-separatism,” Hua said, adding that China’s actions in Xinjiang had prevented any terrorist attack from happening in the past three years.

David Icke makes his return to The Alex Jones Show to break down the hidden secrets of reality manipulation.