On Tuesday, The San Francisco Board of Supervisors unanimously voted to label the National Rifle Association (NRA) a “domestic terrorist organization.”

The resolution alleges the NRA “incites gun owners to acts of violence,” and “has armed those individuals who would and have committed acts of terrorism,” among other things.

San Francisco’s District 2 Supervisor Catherine Stefani, who wrote the declaration, said, “the National Rifle Association spreads propaganda that misinforms and aims to deceive the public about the dangers of gun violence.”

“The NRA exists to spread disinformation, and knowingly puts guns into the hands of those who would harm and terrorize us,” she continued.

“The NRA has it coming to them, and I will do everything that I possibly can to call them out on what they are, which is a domestic terrorist organization,” she said.

The NRA, the longest-standing civil rights group in the nation, responded with the following statement:

“This ludicrous stunt by the Board of Supervisors is an effort to distract from the real problems facing San Francisco, such as rampant homelessness, drug abuse and skyrocketing petty crime, to name a few. The NRA will continue working to protect the constitutional rights of all freedom-loving Americans.”

While the Constitution is mentioned in the resolution, the Second Amendment is never mentioned.

Read the full declaration below: 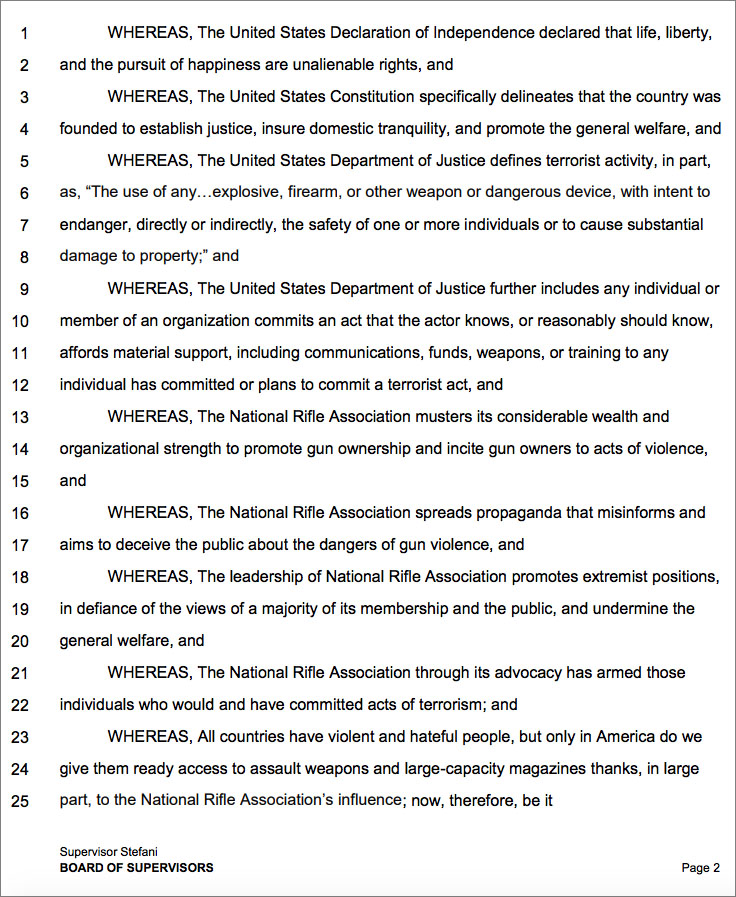 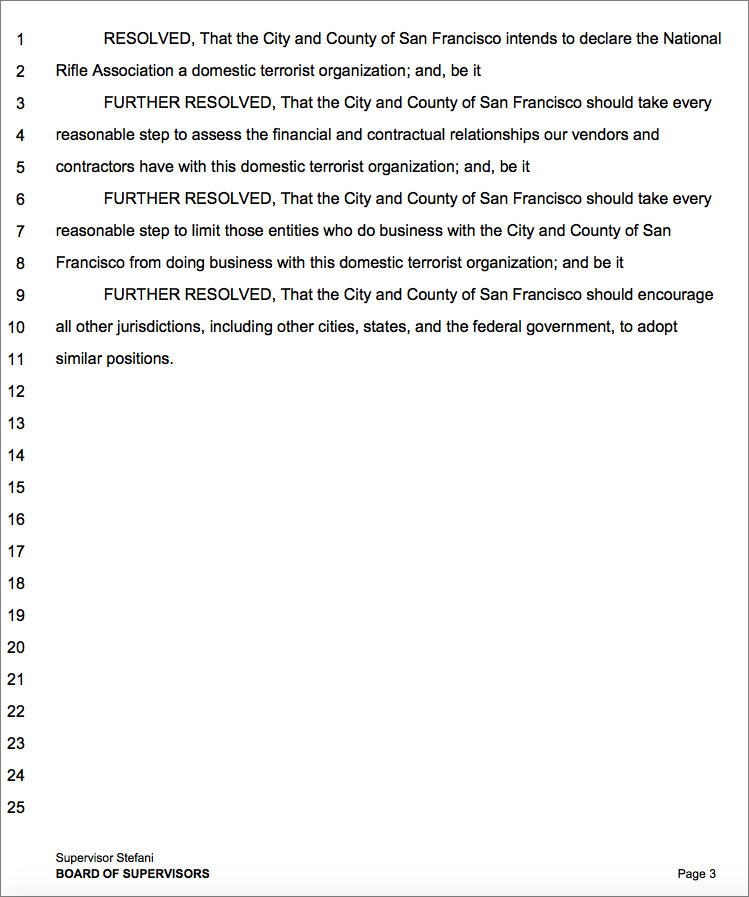 Big Tech Elites want YOU under their control. Popular media sites were banned in a coordinated purge.