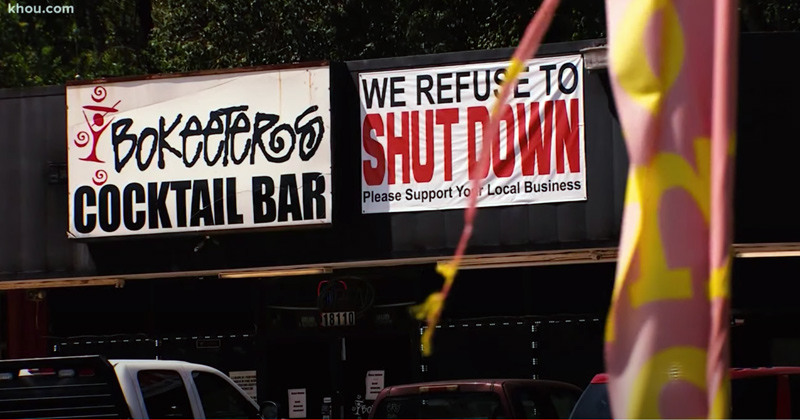 A bar owner in Texas has defied state coronavirus rules to shut down her business, instead staying open and challenging the state’s authority to enact such an order.

The freedom fighter is standing her ground in the East Texas town of New Caney, north of Houston, where she’s defended Bokeeters Bar against the Texas Alcohol and Beverage Commission’s attempts to shut her down.

“I will not close,” bar owner Sandra Young stated in an interview with KHOU.

Young acknowledged Bokeeters closed earlier this year in March on the governor’s orders, but they re-opened once the state lifted those restrictions.

Once the second shutdown rolled around, Young said she wouldn’t comply because her staff was in dire financial straits, arguing, “We had to go back to work.”

“Young said her bartenders and staff were on the brink of not being able to pay rent and other bills. One bartender even lost her apartment,” according to KHOU.

Refusing to let the state endanger the welfare of her staff, Young decided to stay open in defiance of the order, erecting a sign announcing, “We Refuse to Shut Down,” in front of her business.

Following the move, TABC filed a 30-day suspension of her license to sell alcohol.

When agents last month attempted to have Young sign a form acknowledging a 60-day suspension, she refused, turned them away and uploaded the footage to YouTube.

“No, I’m not signing anything,” Young told the agents. “Y’all are making fools out of yourselves, that’s what’s happening here.”

Bokeeters has been open every day since the visit.

“Nobody was even willing to test the waters, so I jumped in cannonball,” Young said.

Currently, bars are allowed to operate so long as they have a food vendor on site, after which they can apply for a $776 restaurant application fee.

“According to the TABC, about 660 Texas bars each paid a $776 application fee to get reclassified as a restaurant. The state received more than $500,000 in the process,” reports KHOU. 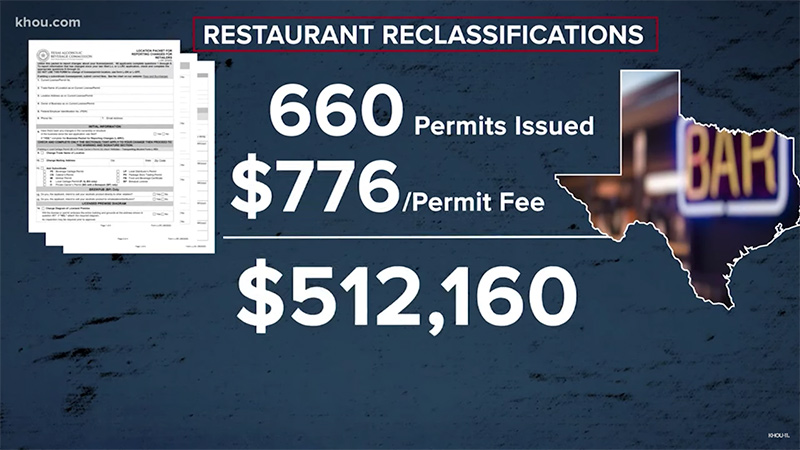 Young says she’s not paying the extortion fee, and has instead gathered other business owners to join her in a class action lawsuit against the TABC and Texas Gov. Greg Abbott.

“I’m not paying TABC one red cent,” Young declared. “I’m not understanding the switching (permits) to food, because I really don’t believe coronavirus can tell the difference whether you’ve got chips and salsa or just a pint of beer.”

On Thursday, Texas Gov. Greg Abbott lifted restrictions on some retailers allowing them to expand capacity, but noted bars and taverns would remain closed indefinitely as they’ve been “nationally recognized as COVID-spreading locations.”