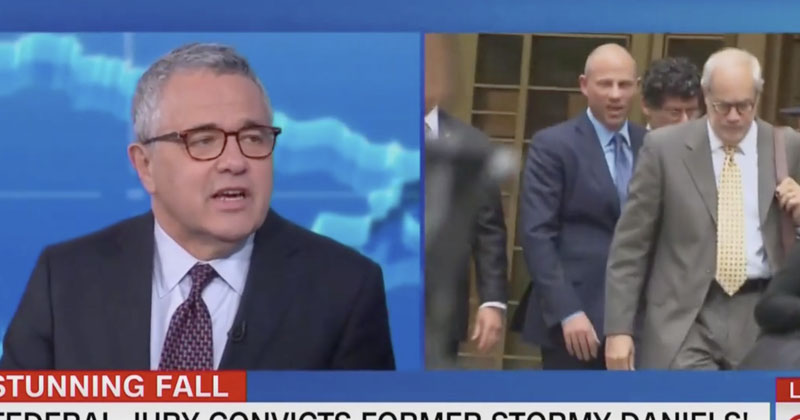 CNN’s Jeffrey Toobin lamented over the fact that lawyer Michael Avenatti, now a convicted felon, appeared “on CNN a lot” and that he felt “snookered” for actually taking him seriously as a possible Democrat 2020 candidate.

“I remember once at the peak of all of this, we went to lunch in midtown, when our offices were in midtown, and we walked back together to CNN, and it was like walking with a major, major celebrity,” Toobin said Friday. “People came up to him. It’s like, you know, ‘Go for it! Go get Trump!’ You know, he had this hashtag #basta. People remember that.”

“And at the peak of this, he even announced he was considering running for president and he went to Iowa, he went to New Hampshire. And to call it hubris…doesn’t do it justice. I mean, the craziness of this.”

“He could be looking at decades in prison,” Toobin added.

Avenatti was convicted of trying to extort sportswear company Nike, and faces up to 42 years in prison.