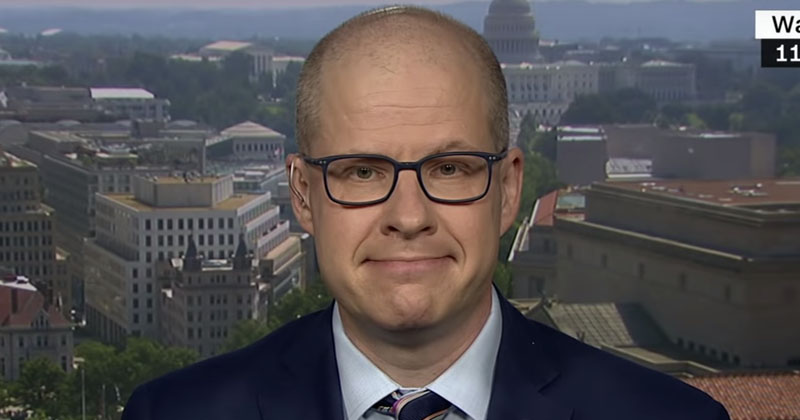 CNN analyst Max Boot penned an op-ed Monday lamenting over the fact his many hit pieces and sound bites against Trump have failed to usurp the duly-elected president.

In his op-ed for the Washington Post, Boot describes an existential crisis he faced upon realizing that no matter how hard he’s tried in the last three years to overthrow Trump, nothing has worked.

“Don’t get me wrong. I love what I do and realize I am supremely lucky to be able to make my living by writing and speaking about the news of the day. I find contentment in the craft of writing and fulfillment in self-expression. But I do sometimes wonder what I am actually accomplishing,” Boot wrote.

No matter how many columns or sound bites I produce, Trump remains in office, acting (as Sharpiegate shows) more erratically than ever. I am left to ask if all my work has made any difference. Chores produce more measurable results. My column: https://t.co/gBumLjXT6V

“Much of my journalism for the past four years has been devoted to critiquing President Trump and opposing the spread of Trumpism. But no matter how many columns or sound bites I produce, he remains in office, acting (as Sharpiegate shows) more erratically than ever.”

“Sure, he’s not terribly popular — but he could still be reelected. I am left to ask if all my work has made any difference.”

Users on social media quickly mocked CNN’s top neocon for even believing that his fake news articles could somehow force Trump out of office.

So you’ve finally realized you’ve wasted the last two and a half years of your life? 😂

Maybe your opinion isn’t that valuable to the masses.

Never-Trumper columnist has a sad that we rubes haven’t yet submitted to his message, preferring to make up our own minds. He also seems amazed that Trump remains in office. Must have missed in civics class that a Pres is elected for 4 year term, so yeah – he’s still in office

Please someone pat me on the head and tell me I’m a good boy.

Haha what a loser do something with your life other than hating on trump it’s so lame and y’all gunna be even more upset next year get ready!

Boot wrapped up his “poor me” article by questioning whether he can “change the world,” admitting he’s had to find satisfaction just completing household chores because at least he can see results.

“I don’t know if I can ever change the world, but at least I can change the oil in my car (My next chore.),” Boot wrote. “And maybe, just maybe — I am starting to realize as I turn 50 — that’s good enough.”