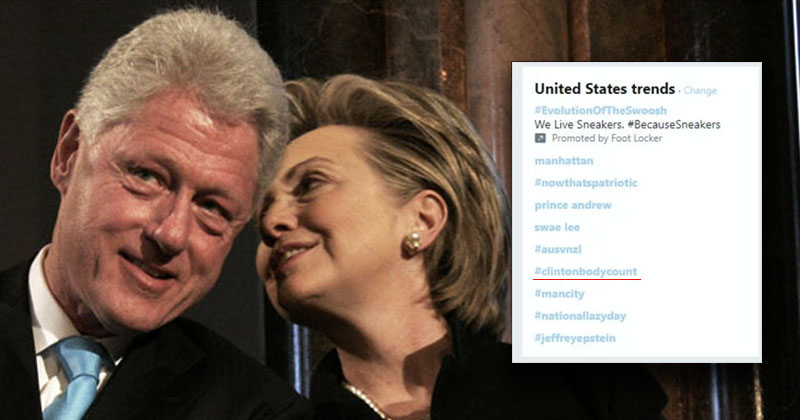 Only hours after authorities discovered the body of billionaire pedophile Jeffrey Epstein in his prison cell in an apparent “suicide,” #ClintonBodyCount began trending on social media in a dig to the Clintons and the curious habit of their associates always turning up dead.

Epstein was found dead in his cell at 7:30 am from an apparent suicide, despite the fact he was on 24/7 suicide watch and was only allowed to wear paper clothes. 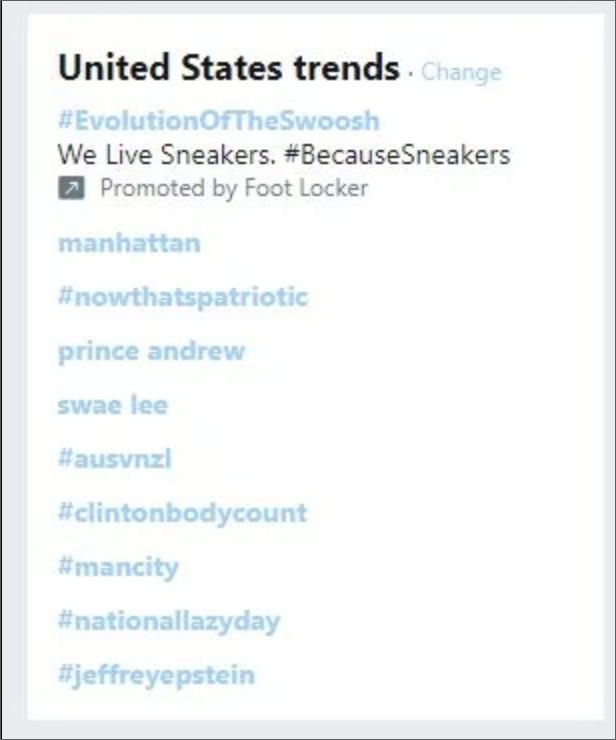 Users on Twitter were quick to point out that some powerful people were likely pleased to see Epstein dead, including the Clintons, due to flight logs showing Bill Clinton’s frequent trips with Epstein on his private plane “Lolita Express.”

According to prison logs, this was #epstein last visitor. #ClintonBodyCount #SaturdayMorning pic.twitter.com/orFg8aKFLA

#ClintonBodyCount more likely he was taken out to avoid embarrassing rich folk pic.twitter.com/klbmiTx2XN

#ClintonBodyCount it was inevitable 😏 pic.twitter.com/LifKluq1Ur

Jeffrey Epstein kills himself while on suicide watch. Nothing to see here, move along folks. #ClintonBodyCount pic.twitter.com/fb2rxdLnri

What kind of suicide watch was Epstein on? Did the guards just watch while he died? #Epstein#Clintonbodycount pic.twitter.com/ruz1o5de3d

The guard at the prison after he looked the other way. #EpsteinSuicide pic.twitter.com/WMtAPlBYiq

Hats off to this Wikipedia editor. pic.twitter.com/6ti5a4pDnK

tfw it’s saturday and all your chores are already done pic.twitter.com/mI10J47RYR

RELATED: JEFFREY EPSTEIN FOUND DEAD IN JAIL CELL DESPITE BEING ON 24/7 SUICIDE WATCH