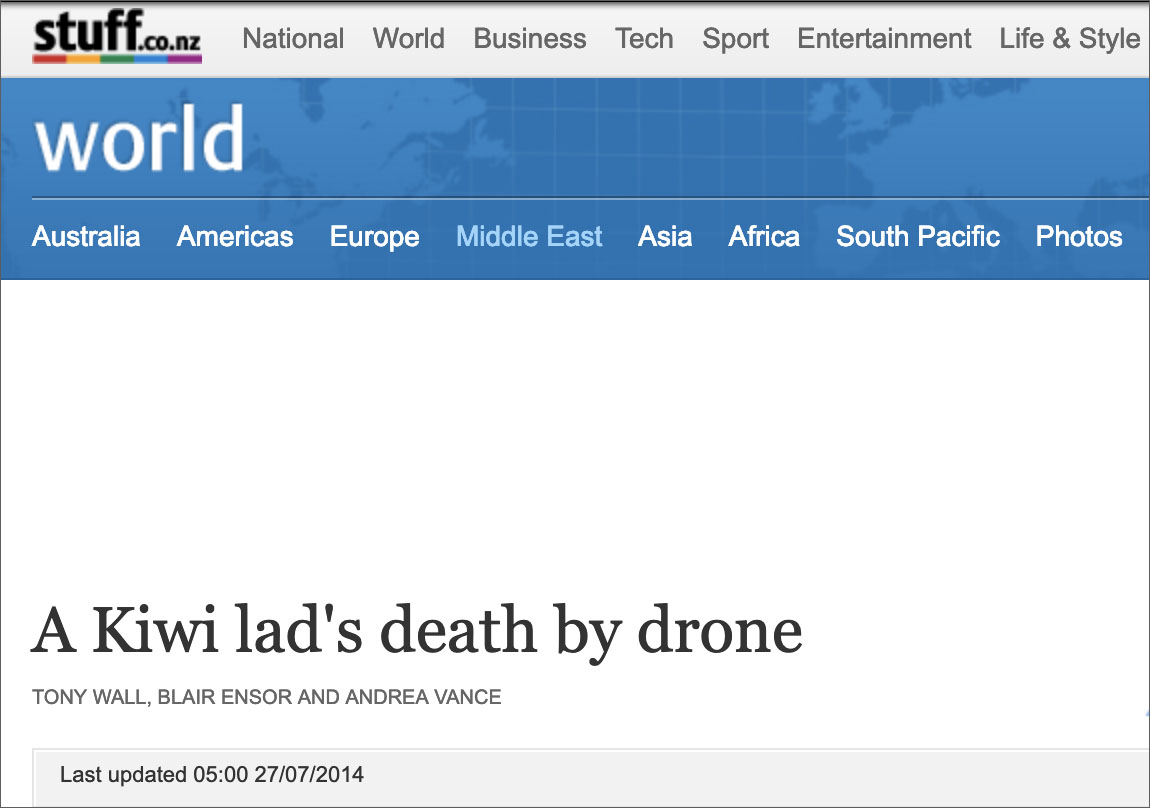 The Christchurch mosque where a gunman opened fire and killed dozens of Muslims has links to radical Islamic terrorism, according to a New Zealand newspaper.

The newspaper, called Stuff, reported on a story in 2014 about how two Australians killed in Yemen by drone strike were radicalized in Christchurch mosques.

The article has since been wiped from the internet after the Christchurch shooting, but an archived version is available HERE.

“Jones was killed alongside Australian Christopher Havard, whose parents said he was introduced to radical Islam at the Al-Noor mosque in Christchurch.”

“But a man who attended a converts’ weekend at the mosque 10 years ago said a visiting speaker from Indonesia talked about violent jihad and plenty shared his views. ‘Most of the men were angry with the moral weakness of New Zealand. I would say they were radical.'”

“Havard was the subject of an AFP arrest warrant over the kidnapping of Westerners in Yemen in December, 2012. It is not known if Jones, who reportedly fought under the name Abu Suhaib al-Australi, was involved.”

“Jones and Havard were with five others in the convoy hit by a missile fired from a US drone in Yemen’s Hadramout province on November 19. While authorities believe they were ‘foot soldiers’ of AQAP [Al-Qaeda in Arabian Peninsula], they were not the main target of the attack.”

Conservative commenatator Milo Yiannopoulos pointed out the connection on Facebook over the weekend asking, “If you’d known that this mosque was a terrorist factory, would it have changed your feelings about the news at all?”

“The Al-Noor mosque in Christchurch targeted by Brenton Tarrant produced at least two terrorists, from a very small congregation,” he wrote Saturday.

According to literary magazine New English Review, New Zealand authorities should investigate the mosque for signs of radicalization.

“The Al Noor mosque should receive some official scrutiny but indiscriminate carnage of innocents isn’t the way,” reports the Review.

“Maybe the New Zealand authorities have, or will now that his friend Mark Taylor is soon to be returned ‘home’ from a Kurdish prison, investigate the circumstances around the radicalisation at Al Noor, of jihadi Christopher Harvard, and any part played in the radicalisation of Daryl Jones.”

Will Johnson joins Alex Jones live via Skype to talk with callers about the distinct possibility of Globalist forces using the New Zealand shooting, whether as a premeditated false flag or not, to practice ’emergency’ internet censorship and gun confiscation on a global scale.