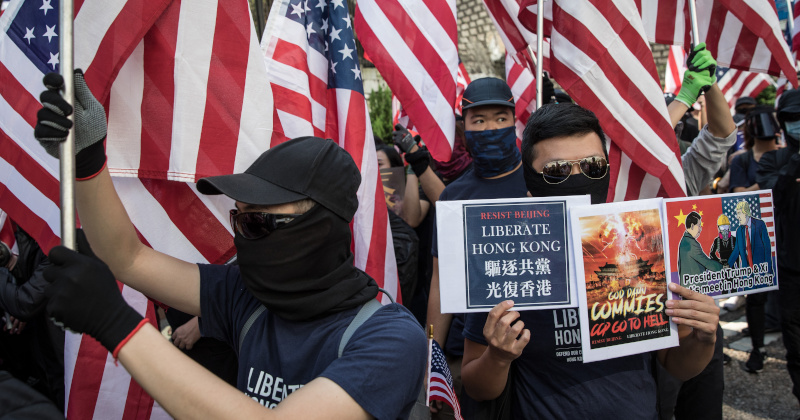 Beijing has stopped allowing US Navy vessels to visit Hong Kong and “sanctioned” foreign NGOs after President Donald Trump signed a bill, which targets China over its response to anti-government protests and riots in the city.

Foreign Ministry spokesperson, Hua Chunying, said on Monday that China will no longer review requests by the American warships to dock in Hong Kong.

The nation has already barred several US Navy ships from visiting Hong Kong in recent months.

Hua also announced that the country has sanctioned NGOs, such as Human Rights Watch (HRW), Freedom House and the National Democratic Institute (NDI), for inciting protesters to commit “violent crimes” and promoting “separatism” in Hong Kong.

These groups are “responsible for the current chaos” in the city, she told reporters.

The spokesperson stressed that the measures are a direct response to the Hong Kong Human Rights and Democracy Act 2019, which was signed into law by Trump last week. The legislation allows the US to impose sanctions on Chinese and Hong Kong officials over human rights abuses in Hong Kong.

The US lawmakers argued that the law would help to uphold democracy and punish police officials for mistreating peaceful protesters.

Beijing, meanwhile, slammed the move as illegal under international law and an attempt to “seriously interfere in Chinese domestic affairs.” Chinese officials have repeatedly warned Washington against meddling in Hong Kong and accused American politicians, who openly backed the protesters, of encouraging riots there.

Alex Jones is joined by Dr. E. Michael Jones to break down the collapse of Western civilization.