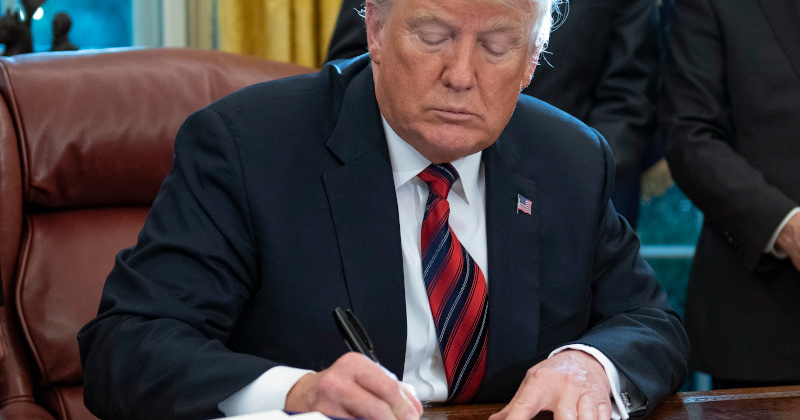 Just a few hours after Trump called China’s bluff on the Hong Kong bill, it appears the US president won the pot.

After launching a stern verbal protest overnight in which China’s Foreign Ministry said that it would take strong countermeasures if the US continues to undermine Hong Kong’s autonomy after Trump signed the Bill that supports HK protesters, adding that US attempts to interfere in HK are doomed to fail, Beijing has done nothing really, and instead left the door open for a trade deal with the U.S., confirming again that China needs the trade deal with the US just as much as Trump, if not more.

The build up certainly was dramatic: for days after Congress almost unanimously passed the Hong Kong Human Rights and Democracy Act last week, China repeatedly vowed it would take unspecified countermeasures if Trump signed the bill, fueling concerns that President Xi Jinping would scuttle the trade talks to appear tough on the U.S. In the end, China did nothing: Wednesday’s bill signing by Mr. Trump came and went without any real action.

Instead, as the WSJ notes, “Chinese officials shifted their focus to whether the U.S. president would implement any of the bill’s measures, according to officials involved in economic policy-making.”

Specifically, to save face, Beijing seized on a sentence in Trump’s statement that emphasized his “constitutional authorities with respect to foreign relations.”

… with respect to foreign relations.” Sources confirm the Phase One deal is being finalized. So let’s see. With @PhilipWen11 @Chao_Deng

Or as the WSJ summarized, for all its huffing and puffing, “China’s leadership still wants a deal to help alleviate pressure on its fast-weakening economy,” which incidentally coincides with Trump’s own interest as he hopes to clinch a deal to boost his re-election bid.

Indeed, as the WSJ’s Lingling Wei also notes, Trump “Trump also chose the evening before Thanksgiving to sign the measure, a time guaranteed to get little attention in the U.S.

While his signature still makes the bill law, his timing suggests he was trying to play down the political impact at home.

Also good point by @bobdavis187 : Trump also chose the evening be­fore Thanks­giv­ing to sign the mea­sure, a time guar­an­teed to get lit­tle at­ten­tion in U.S. The tim­ing sug­gests he was try­ing to play down the po­lit­i­cal im­pact at home.

Trump’s successful gambit was concluded when reporters asked if the bill’s signing would affect trade talks. To this, China’s Foreign Ministry spokesman Geng Shuang didn’t answer directly but demanded the U.S. not implement the law because it would risk “undermining our bilateral relations and cooperation in important areas.” Chinese officials were also reportedly encouraged by Trump’s efforts to emphasize his respect for Mr. Xi. “I signed these bills out of respect for President Xi, China, and the people of Hong Kong,” Trump said unironically in the statement.

“It does spoil the mood, but it shouldn’t interfere with the trade talks,” said Wang Yong, a professor of international relations at Peking University, of Mr. Trump’s move. “Both sides have enough reasons to keep trade, Hong Kong and political issues on separate tracks.”

Which means that with both sides now eager to sign a deal, they will ignore any political theater that could potentially jeopardize such a deal:

“Some outside experts agree with Beijing’s interpretation that while the U.S. law gives the president broad powers to impose sanctions and travel restrictions on individuals who commit human-rights violations in Hong Kong, the president already had many of those powers—and still has the discretion to not apply them.”

“My reading of D.C. is there’s a lot of appetite for talking tough on China, but not that much in terms of actually being tough,” said Andrew Polk, founder of Trivium, a Beijing-based economics and policy consulting firm.

Still, there is a modest risk that Xi will be pressured to offer at least a token response: as noted earlier, China’s top twitter troll, Hu Xijin, editor in chief of the state-run Global Times, said on Twitter that China was considering barring those responsible for drafting the legislation from entering mainland China, Hong Kong and Macau. Trolling Trump’s turn of phrase, Hu said this was “out of respect for President Trump, the U.S. and its people.”

Yet ultimately passage of any trade deal could depend on whether Hong Kong residents escalate their protests in the coming days, emboldened by explicit US support – in that case, Beijing may have no choice but to close the door, if only temporarily, on a Phase 1 deal.

“China’s attempts to keep Hong Kong issues and the trade talks on separate tracks might not be universally popular, some analysts say. Shi Yinhong, a professor of international relations at Renmin University, said it could be embarrassing for a phase-one trade deal to progress in light of the Hong Kong law.”

Yet despite the various unknowns and risks, the fact that Beijing has so far merely stuck to verbal threats instead of escalating to actual deeds, confirms that for now, Trump’s signing gamble worked out just as the US president expected.