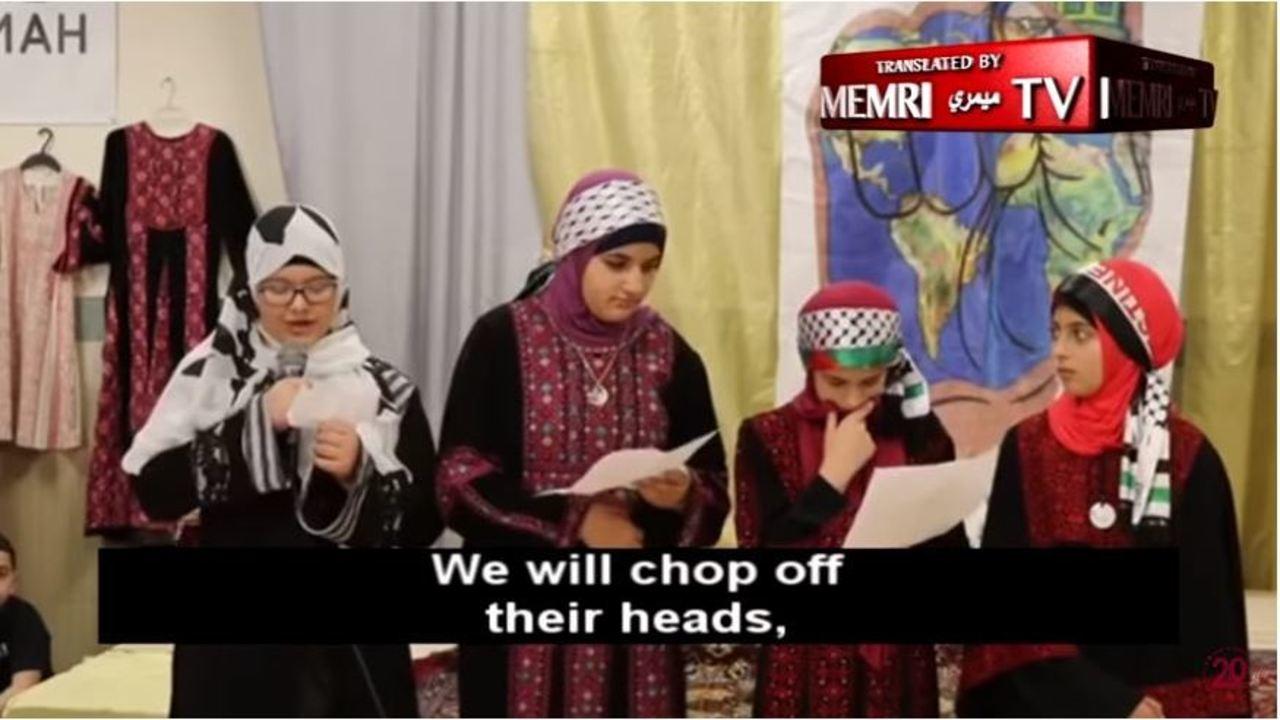 Footage has surfaced of Muslim children at an Islamic center in Philadelphia saying that they would sacrifice themselves, “chop off heads” and even kill for the “army of Allah”.

The Muslim American Society (MAS) Islamic center in Philadelphia posted the video to its Facebook page in celebration of “Ummah Day”. Young children are seen in the video wearing Palestinian scarves and reading poetry about killing for Allah.

“These are not isolated incidents; they are happening in major centers of the country – including in Pennsylvania.”

MEMRI translated the video, where children can be heard singing: “The land of the Prophet Muhammad’s Night Journey is calling us. Our Palestine must return to us.”

One girl even talks about martyrs sacrificing their lives to conquer Jerusalem. In the video, she says:

“We will defend the land of divine guidance with our bodies, and we will sacrifice our souls without hesitation.We will chop off their heads, and we will liberate the sorrowful and exalted Al-Aqsa Mosque. We will lead the army of Allah fulfilling His promise, and we will subject them to eternal torture.”

Alex Jones unleashes full fury in defense of our God given rights. Revelation, the mark of the beast, one world government: the end times are here, and nothing fuels the fire for liberty and restoring America’s true, enlightened destiny like tyrants trying to control the minds of men and women.

MAS Philly belongs to the Muslim American Society, which has 42 chapters in the U.S.

The MAS put out the following statement on Friday: “While we celebrate the coming together of different cultures and languages, not all songs were properly vetted. This was an unintended mistake and an oversight in which the center and the students are remorseful. MAS will conduct an internal investigation to ensure this does not occur again. As a faith-based organization dedicated to moving people to strive for God-consciousness and a just and virtuous society, we affirm our long-standing position on our shared values of humanity. We stand resolutely in our condemnation of hate, bigotry, Islamophobia, xenophobia, racism, anti-Semitism and all the illnesses of hate that plague our society.”

And, as you may have guessed, CNN was right on the case, reporting its “most trusted name in news” take. Or not.

CNN has *not* reported on the kids in Philadelphia who were allegedly singing about chopping people’s heads off. pic.twitter.com/Jdeuz1ImKh