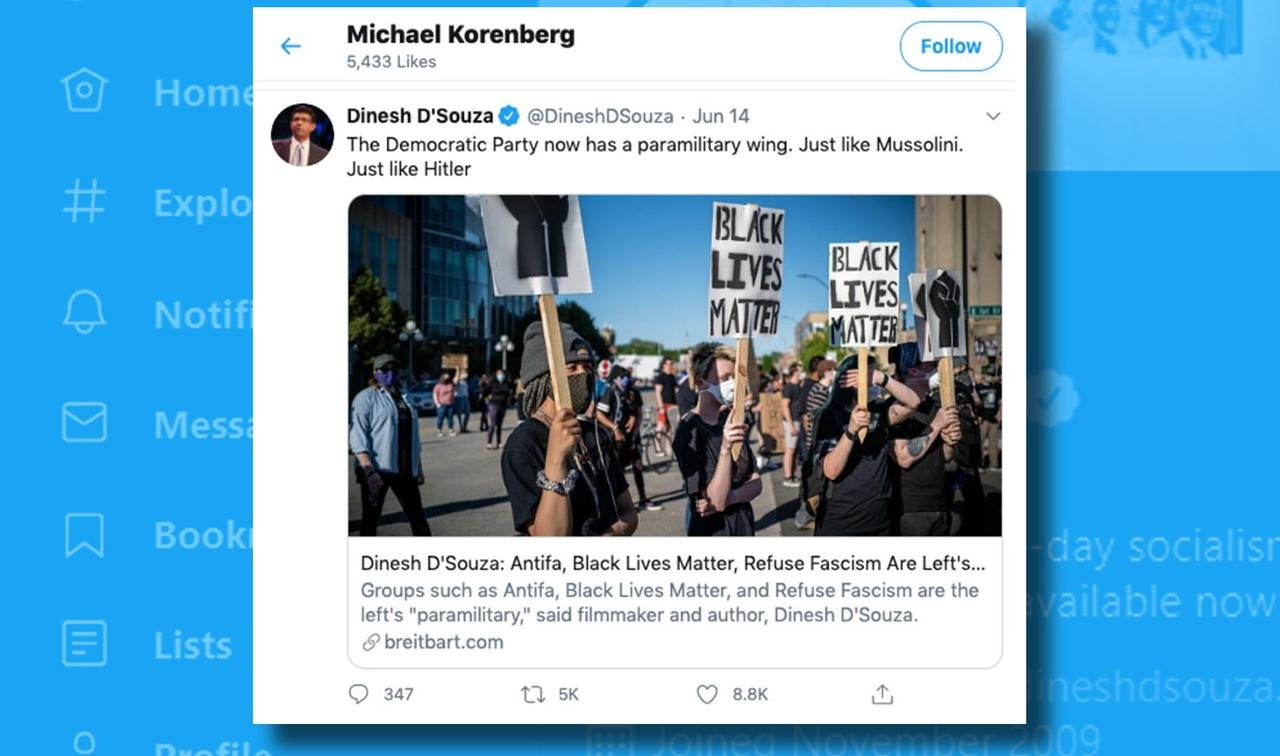 The Chair of the University of British Columbia Board of Governors has resigned after a college activist group was triggered by several tweets he “liked.”

Michael Korenberg was targeted for cancellation by pro-antifa campus activist group, UBC Students Against Bigotry, after he liked tweets from Ann Coulter, Charlie Kirk and Dinesh D’Souza – as well as tweets wishing President Trump a happy birthday, according to True North.

One of the ‘liked’ tweets was critical of Black Lives Matter – drawing condemnation from far-left media outlets, as well as UBC staff such as professor Annette Henry, who said Korenberg’s Twitter activity has reflected a “white supremacist capitalist [hetero]patriarchy” worldview, adding that “It’s unfortunate that we have people in such positions of authority at UBC.”

Very honoured, on behalf of the @ubc Board of Governors, to extend our warmest congratulations to each member of the 2020 graduating class! Sincere thanks to @LGJanetAustin, @melaniejmark, @JustinTrudeau for their inspiring messages to the grads. pic.twitter.com/726wX05JFO

According to Henry, UBC ‘still keeps hiring white people where we have the opportunity not to.’

And now, he has, accompanied by a lengthy apology.

“Over the past two weeks some articles/statements that I ‘liked’ on Twitter supported regressive voices and took aim at thousands of brave individuals who are standing up against racism, discrimination and hatred,” wrote Korenberg in a Saturday tweet containing a typed statement.

“I accept that in liking these social media posts, I damaged what I support and that I hurt people. I wholeheartedly apologize to them, particularly to the students, faculty and staff of UBC…I have stepped down because it is the right thing to do.”

Today I stepped down as Chair of the Board of Governors of UBC. I owe all students, faculty and staff and all those who stand against all forms of discrimination, an apology. I do so with all my heart. pic.twitter.com/tDczgwvmbp

And as TNC‘s Lindsay Shepherd notes:

And that really is all he is resigning for, folks: because he liked some tweets featuring basic, mainstream Republican talking points.

Korenberg was showing signs, early on, that he was the “apologize and resign” type. He told PressProgress that he regrets liking the tweets, giving the weak excuse that he liked them late at night.

But for the rest of us, if we are ever targeted by a mob of leftist campus activists and media outlets for something so minuscule as liking conservative-minded tweets, I hope we can muster up some courage and not be the type to “apologize and resign.” –True North

We’re sure the woke mob will forgive his transgressions and he’ll regain his previous stature within academia. Or not.