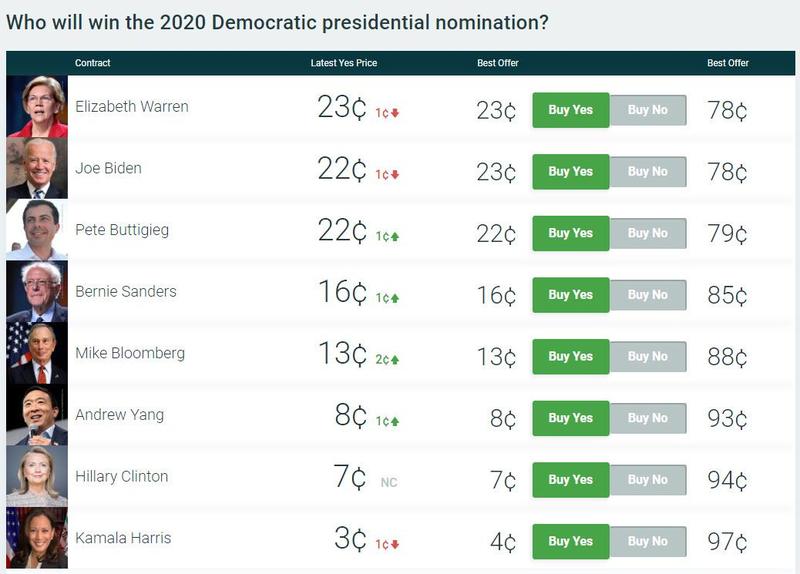 In an announcement that has been teased for weeks, and two weeks after he unexpectedly filed paperwork to run in the 2020 Presidential race despite previously stating he has no interest in doing so, on Sunday morning former NYC mayor and billionaire, Mike Bloomberg, officially announced that he’s running for president as a Democrat. His agenda can be found at mikebloomberg.com

I’m running for president to defeat Donald Trump and rebuild America. We cannot afford four more years of President Trump’s reckless and unethical actions. He represents an existential threat to our country and our values. If he wins another term in office, we may never recover from the damage. The stakes could not be higher. We must win this election. And we must begin rebuilding America. I believe my unique set of experiences in business, government, and philanthropy will enable me to win and lead.

His campaign video is below:

Bloomberg reconsidered his decision from March not to run in 2020 as he saw the Democratic field “struggling to produce a front-runner to take on Trump” although it remains unclear how his presence in the field, which will only take away votes from moderate candidates, even as Bloomberg – a billionaire – has virtually no chance of winning but we digress.

And since Bloomberg just happens to own one of the world’s biggest wire and news services, which naturally blasted out the flashing red news as soon as it was public, we will be seeing a lot of these disclaimers from now on, especially in Bloomberg’s increasingly aggressive anti-Trump stories.

For those wondering, evey Bloomberg political piece from now one will carry the following:

Bloomberg is the founder and majority owner of Bloomberg LP, the parent company of Bloomberg News. He served as New York’s mayor for three terms and now funds a global philanthropic arm.

For those curious, here is how Bloomberg reports on Bloomberg:

Former New York Mayor Michael Bloomberg announced he is running for the Democratic presidential nomination, offering his own mix of moderate policy stances and experience in business, government and philanthropy as the way to beat President Donald Trump.

Bloomberg, 77, called Trump “an existential threat to our country and our values” as he joined a crowded field of candidates, with fewer than three months before the Iowa caucuses. His late entry will create added difficulties as he seeks to build a campaign infrastructure and support in key states.

Bloomberg’s candidacy does raise the question who will buy the Bloomberg empire if its founder is elected president, as he will almost certainly have to divest it; in recent weeks Morgan Stanley has suggested that Microsoft is perhaps the most likely bidder,,, although realistically speaking that will hardly be an issue come next November.

So what does Bloomberg’s entrance in the race mean? Well, as Axios notes, the Democratic 2020 primary field is growing at a time when it should be shrinking, just three months before the Iowa caucuses, especially since a majority of Democratic voters have signaled that they’re already satisfied with the current slate of candidates, according to recent polling.

In his announcement, Bloomberg reported that Bloomberg (this will never get old) portrayed himself “as no-nonsense business and government leader, who created jobs at his own company, helped rebuild New York City after the Sept. 11 attacks and threw himself behind the biggest challenges facing the country, including climate change and gun control. Bloomberg founded Everytown for Gun Safety and Beyond Carbon on the climate front, and his announcement said that he has given $10 billion to charitable causes and that Bloomberg Philanthropies works in 129 countries.”

As we reported on November 8, Bloomberg’s late entry into the race gives him little time to catch up, so the former mayor plans to adopt an untested approach, bypassing the first four contests in Iowa, New Hampshire, Nevada and South Carolina – the traditional route to the nomination. Instead, he will focus on California and the other delegate-rich U.S. states voting in the March 3 Super Tuesday contests and later.

Bloomberg’s presence at the debates should make for some delightful vitriol as many of the Democratic candidates are rabid anti-wealth progressives, who have made billionaires – such as Bloomberg – the target of their campaigns. As Axios notes, “one of Bloomberg’s biggest advantages — his wealth — is also his biggest obstacle. Sens. Elizabeth Warren and Bernie Sanders will likely take aim at the new billionaire candidate, who in many ways represents the corporate culture their campaigns are taking on.”

“We say to Michael Bloomberg and other billionaires: ’Sorry, you ain’t gonna buy this election,’ ” Sanders said during a Nov. 9 campaign rally in Iowa.

So yes, Bloomberg is a Billionaire and he plans on spending a lot of it to become president: his campaign already announced a record-setting ad buy late last week, topping $34 million. That fueled criticism from some about self-funding a presidential campaign. In addition, Bloomberg has already made plans to spend $100 million on a digital advertising campaign against Trump in the battleground states of Arizona, Michigan, Pennsylvania and Wisconsin. He also announced plans to spend another $15 million to $20 million to register voters in competitive states, Bloomberg reported on Bloomberg (as we said, this will not get boring).

Separately, Bloomberg said he will not accept donations and will self-fund his campaign. So if the DNC keeps its individual donor requirements, this means that Bloomberg may not appear on any Democratic debate stage, although we are confident that will change.

Yet even if he spends billions on ads, does Bloomberg have any chance of defeating the other Democrats, let alone Trump? A Morning Consult poll with Bloomberg in the race found that just 4% of 2,225 registered Democratic voters would pick the former mayor as their first choice to take on the president next year.

According to PredictIt, after initially surging in the polls, Bloomberg has dropped to 5th place behind Bernie Sanders, even as that “other” mayor, Pete Buttigieg, is about to take over the Democratic primary lead:

When Bloomberg was mayor, Republicans derided his efforts to limit the consumption of sugary drinks as a “Big-Gulp ban” and a symbol of government overreach. His support of a “stop-and-frisk” policing policy as mayor has been criticized for targeting blacks and Hispanics, key Democratic constituencies. Last week, Bloomberg apologized for the “stop-and-frisk” policy in a speech to the Christian Cultural Center in Brooklyn.

Biden addressed the new rival in a CNN interview that aired Friday.

“I welcome the competition,” he said. “Watch me. Watch me. The idea that I’m not in better shape than Mayor Bloomberg physically and otherwise?” It was unclear just what the former vice president was trying to get at before he trailed off.