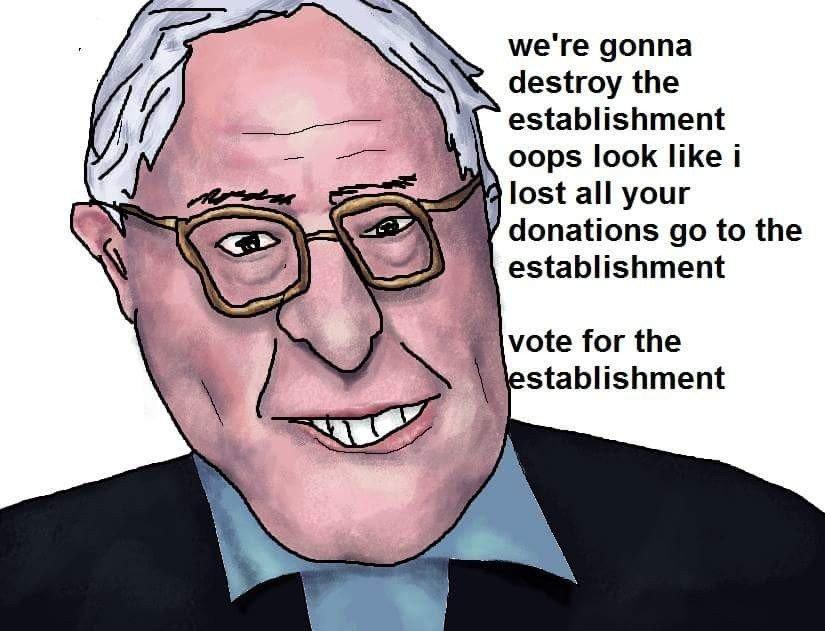 The Vermont senator made the announcement in an interview with Biden on Monday, saying: “We need you in the White House. I will do all that I can to see that that happens, Joe.”

Sen. Bernie Sanders endorses Joe Biden: “We’ve got to make Trump a one-term president and we need you in the White House.” https://t.co/QuI3wMbfP6 pic.twitter.com/uBcvlMBZlh

The former vice president expressed his gratitude for the socialist “outsider’s” endorsement.

“I thank you for your endorsement, your support…it means a great deal to me personally,” Biden told Sanders.

Bernie’s acquiescence to the establishment is notable given his anti-establishment platform and forceful rhetoric.

This isn’t the first time Sanders bent the knee to the establishment.

In 2016, Sanders endorsed Hillary Clinton despite the former Secretary of State plotting to steal the Democratic nomination from him, as revealed by WikiLeaks.

“I have come here to make it as clear as possible why I am endorsing Hillary Clinton and why she must become our next president,” Sanders had said at a joint rally in New Hampshire. “Secretary Clinton has won the Democratic nomination and I congratulate her for that.”

Bernie and Biden’s full interview is available below:

We must come together to defeat the most dangerous president in modern history. I’m joining @JoeBiden‘s livestream with a special announcement. https://t.co/AC3zh3ChX3