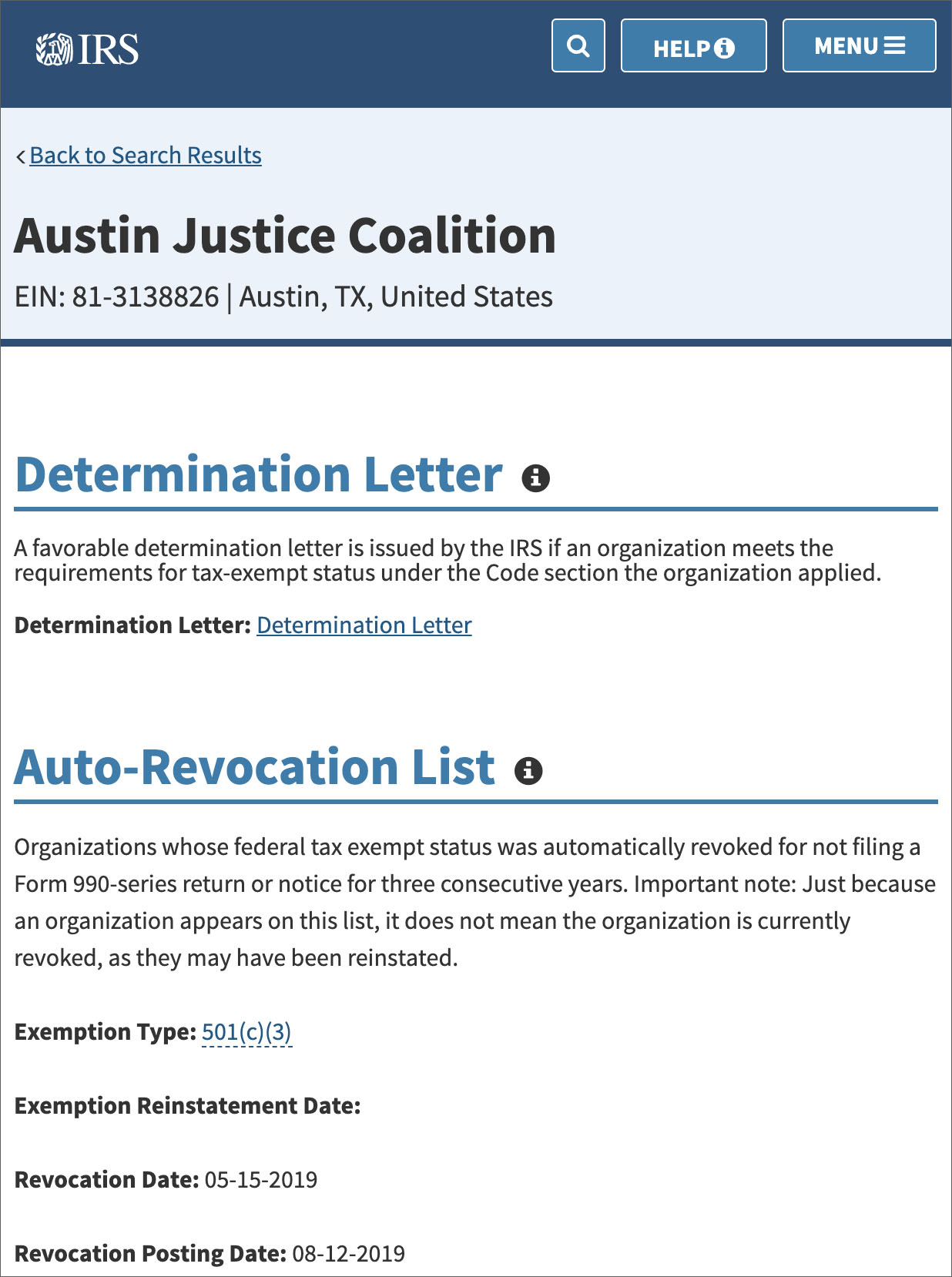 A far-left activist group based in Austin, Texas, pushing new “Defund the Police” measures had its tax-exempt status revoked by the IRS last year.

The group, called the Austin Justice Coalition, had its 501(c)(3) status revoked in May 2019 after failing to file its annual return for three consecutive years via a Form 990.

Filing a Form 990 entails disclosing salaries, expenditures, and funding ties of the organization in order to receive tax-exempt status, something the group apparently doesn’t want known.

The Austin Justice Coalition has been vocal about calls to defund the police in recent days following the death of George Floyd in May.

“We have to break down the concept of what safety actually means and make sure safety is something that is entitled to not only white Americans but it should be something everybody has access to,” said Chas Moore, executive director of the Austin Justice Coalition on Monday.

The AJC wants $100 million of the Austin Police Departments’ $400 million budget to be reallocated to other resources like housing, healthcare and education.

“If we know we have things that can be fixed with a tiny portion of APD’s budget– why not take some of that and actually do these things?” said Moore.

“We believe that defunding a police department in Austin or any other community is not the right move to keep a community safe,” says GACC President Corby Jastrow.

Since Austin Justice Coalition is no longer tax-exempt, they will no longer be exempt from federal income tax and will have to pay corporate income tax on annual revenue going forward.

Additionally, the organization may also be subject to back taxes and penalties for failure to pay corporate income taxes, as of the effective date of revocation.