Antifa has pledged to protect a Drag Queen Story Time event at a Texas library to ensure that protesters will not interrupt the children’s exposure to the far-left’s trans agenda.

Austin’s Antifa chapter called ATX Resistance Action announced their call to action on Facebook ahead of the Drag Queen event set to take place at the Leander Public Library on Saturday, June 15th, hosted by the Open Cathedral Church.

“The time of the fascist event opposing story time is 1 pm. We need to be there at 12:30 so we have enough bodies to take the space. Story time is from 3 to 3:45 pm,” the ATX Resistance Action stated.

“Our purpose is to create a sound and visual barrier of bodies between the fascists and those coming to the library. Must be done in a kid friendly way so the children think it’s all fun and aren’t afraid of seeing people with guns behind us.”

Ryan Hart, the pastor of Open Cathedral, has made several Facebook posts expressing anti-Trump and far-left views, even referring to God as an “undocumented queer.” 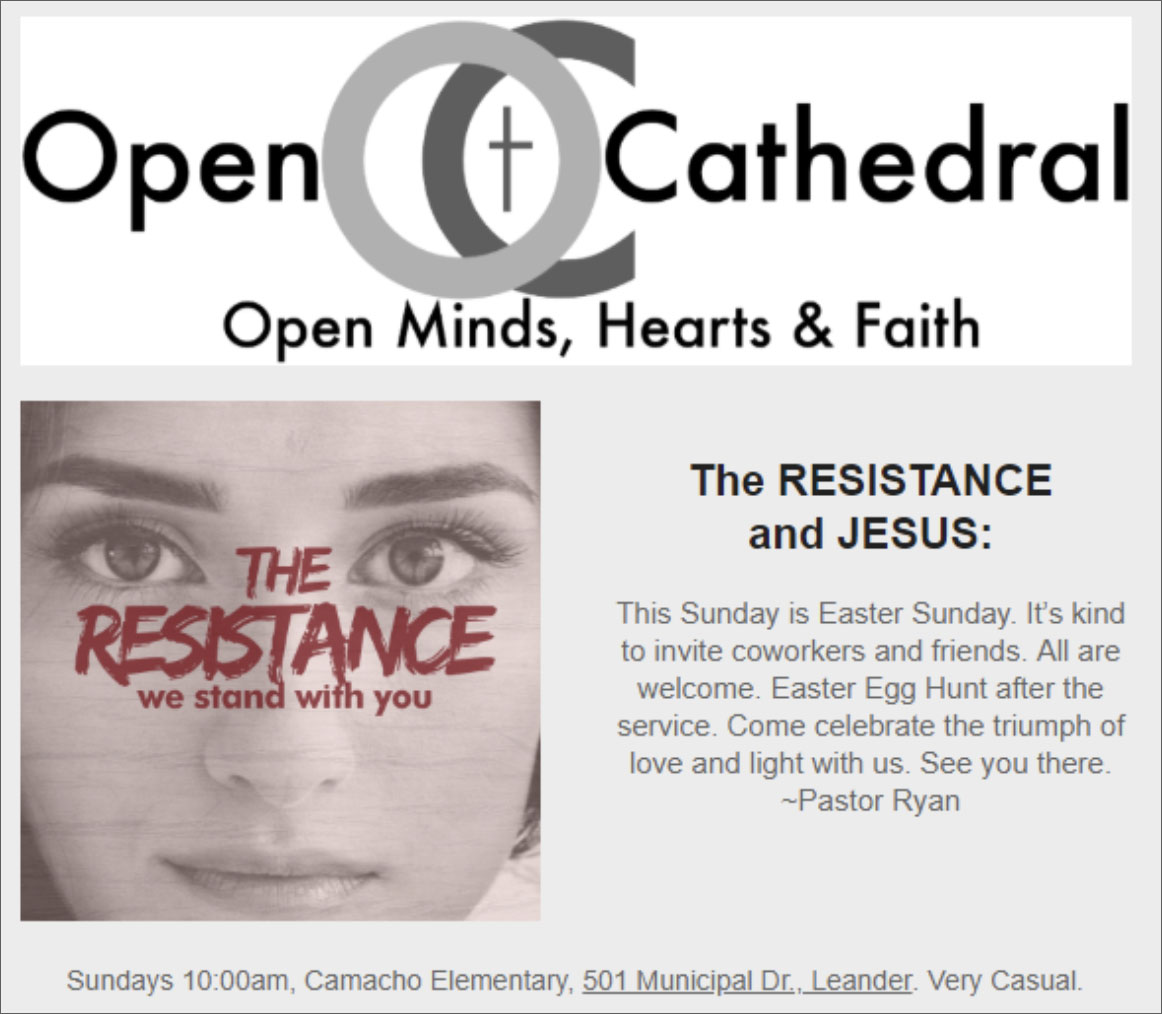 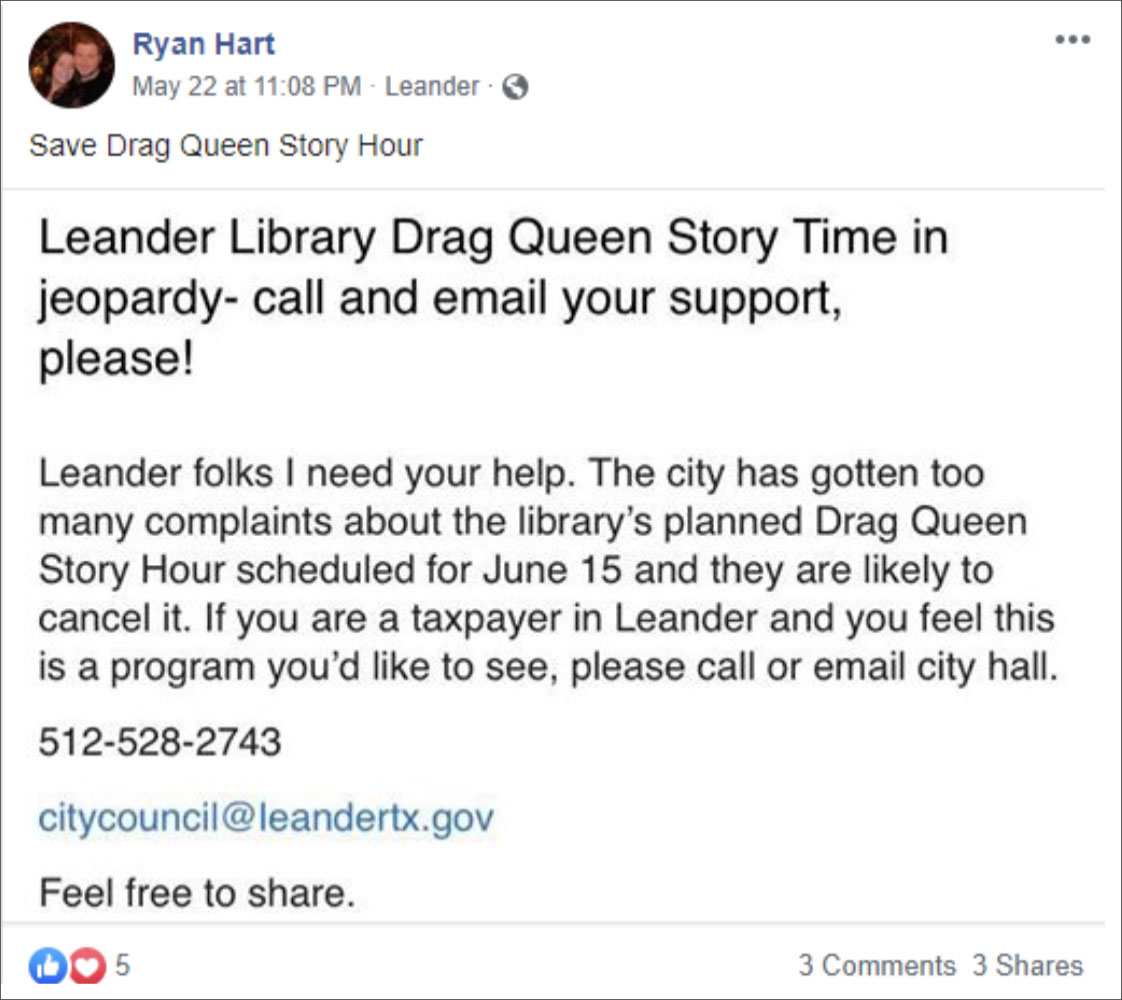 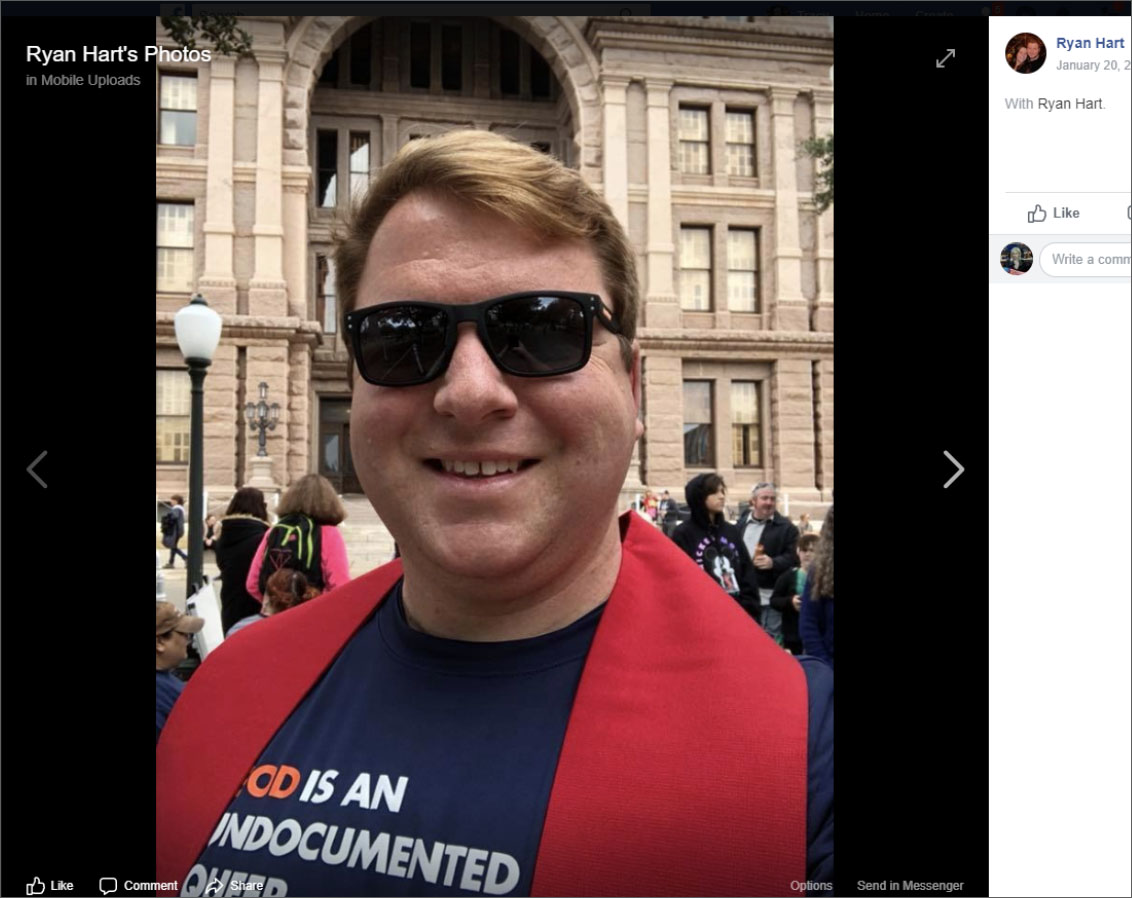 The “Drag Queen” guest for the event is called Valeri Jinxy, who has performed for the “drag troupe” known as “Poo Poo Platter.” 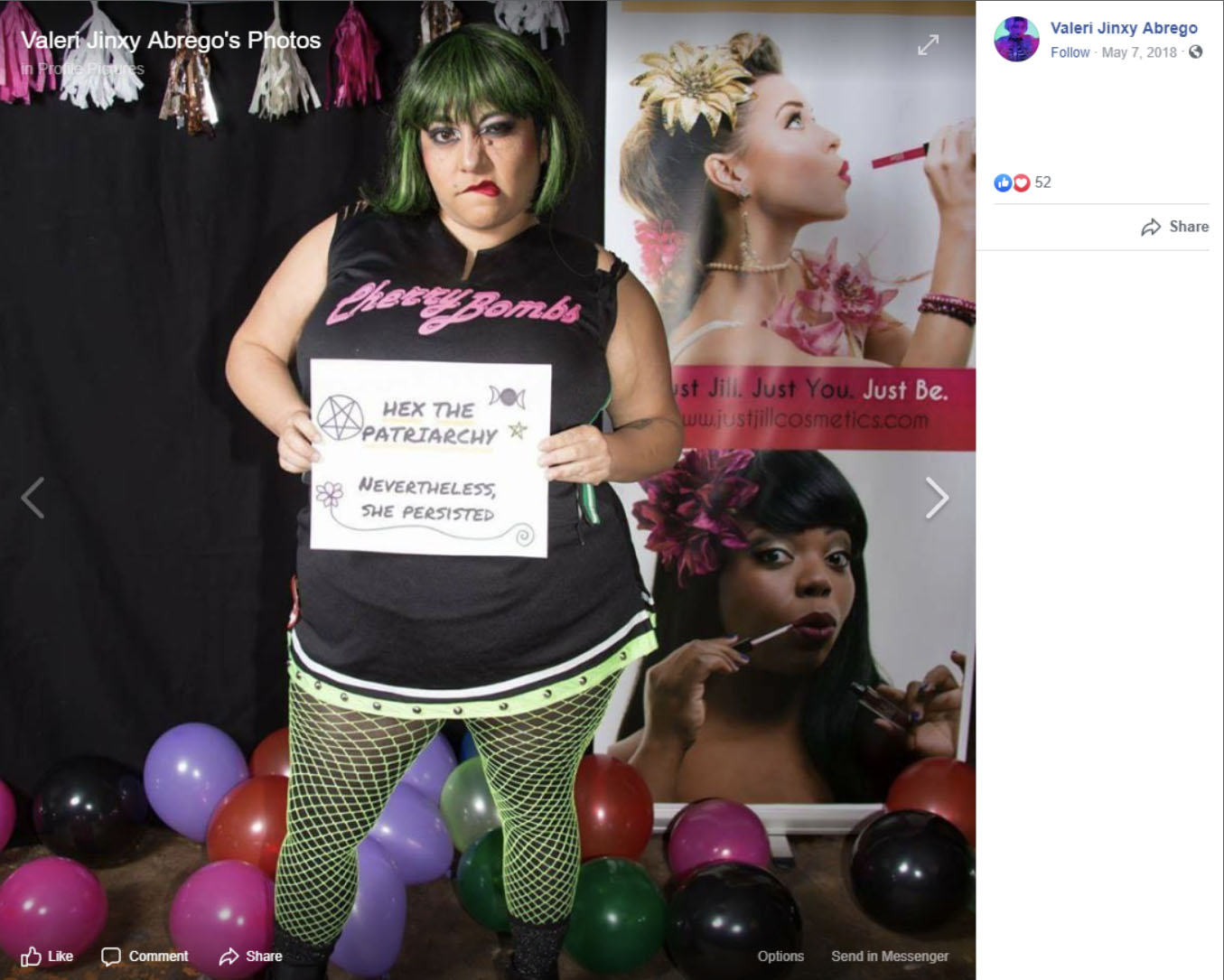 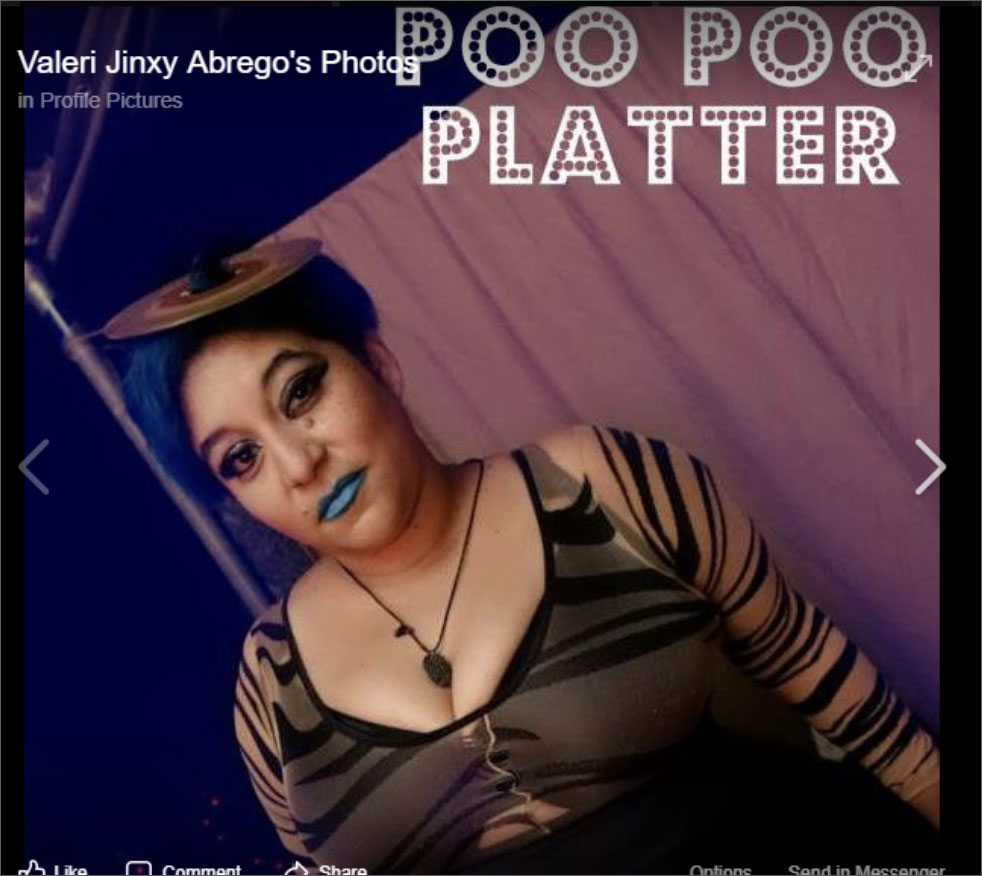 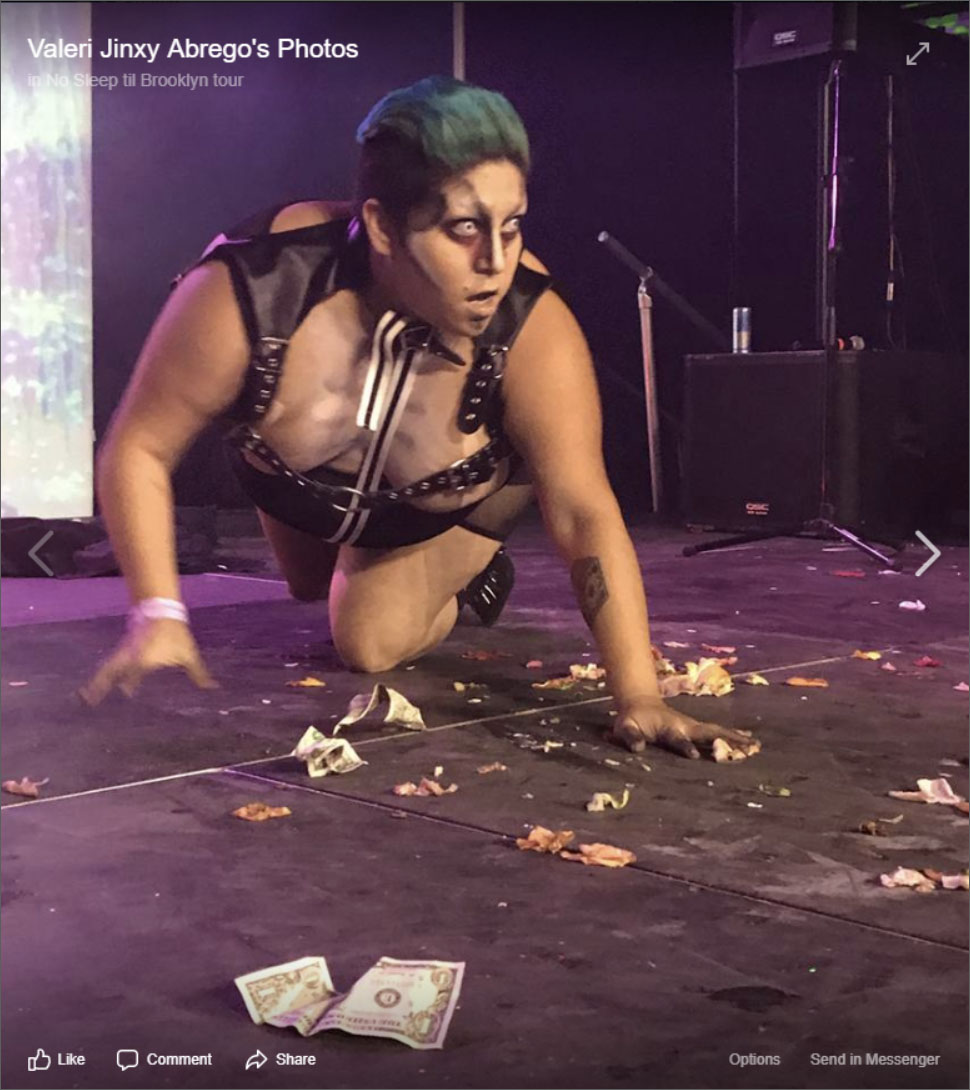 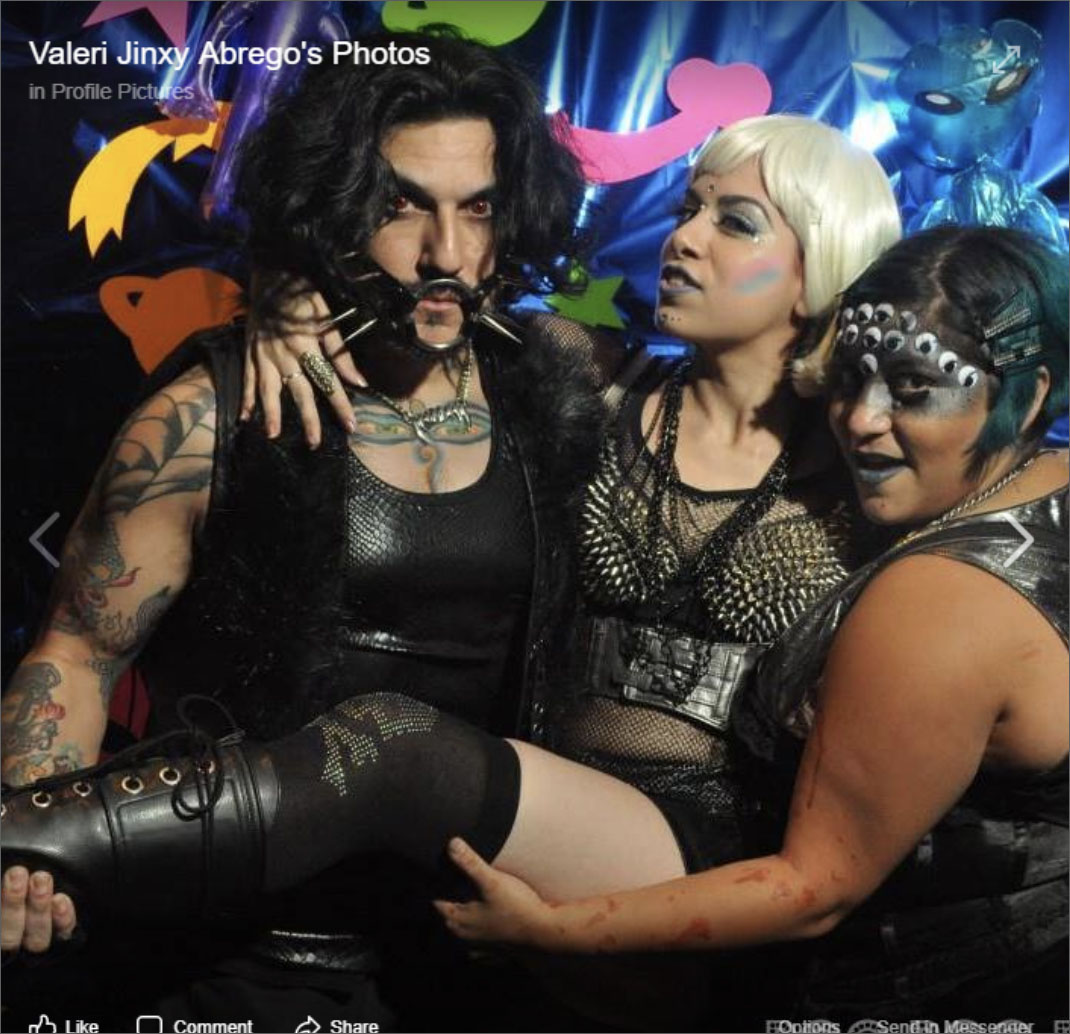 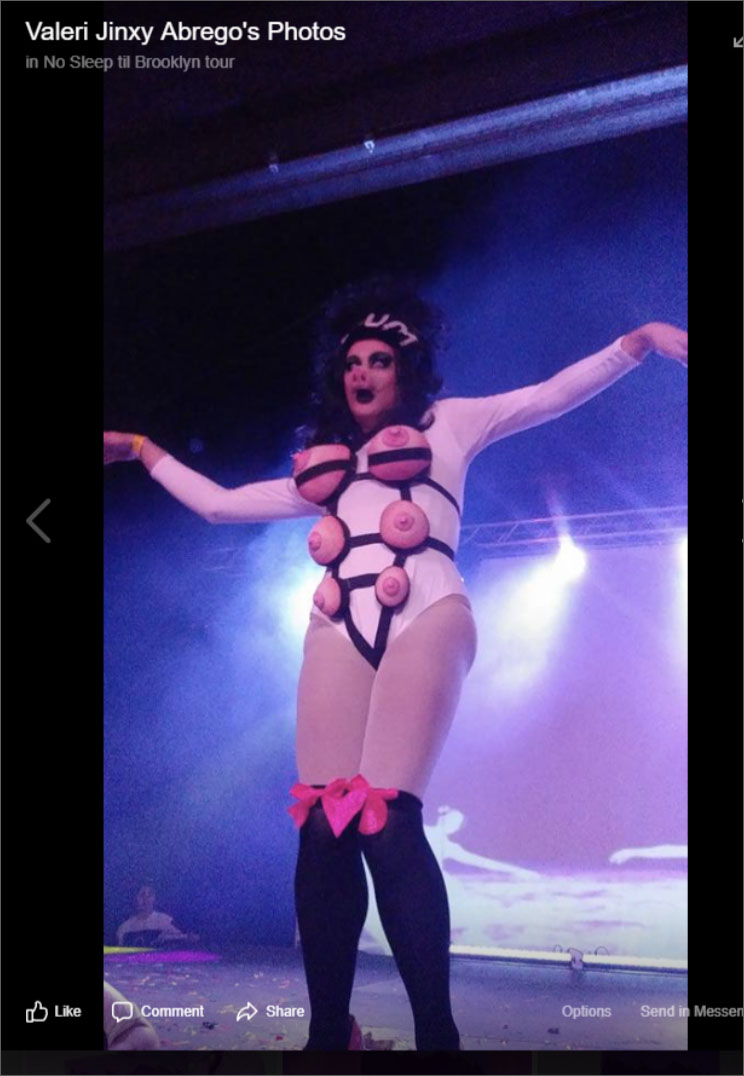 Note the generous use of Satanic imagery in Poo Poo Platter’s “handiwork.”
(Warning: some images are extremely graphic in nature) 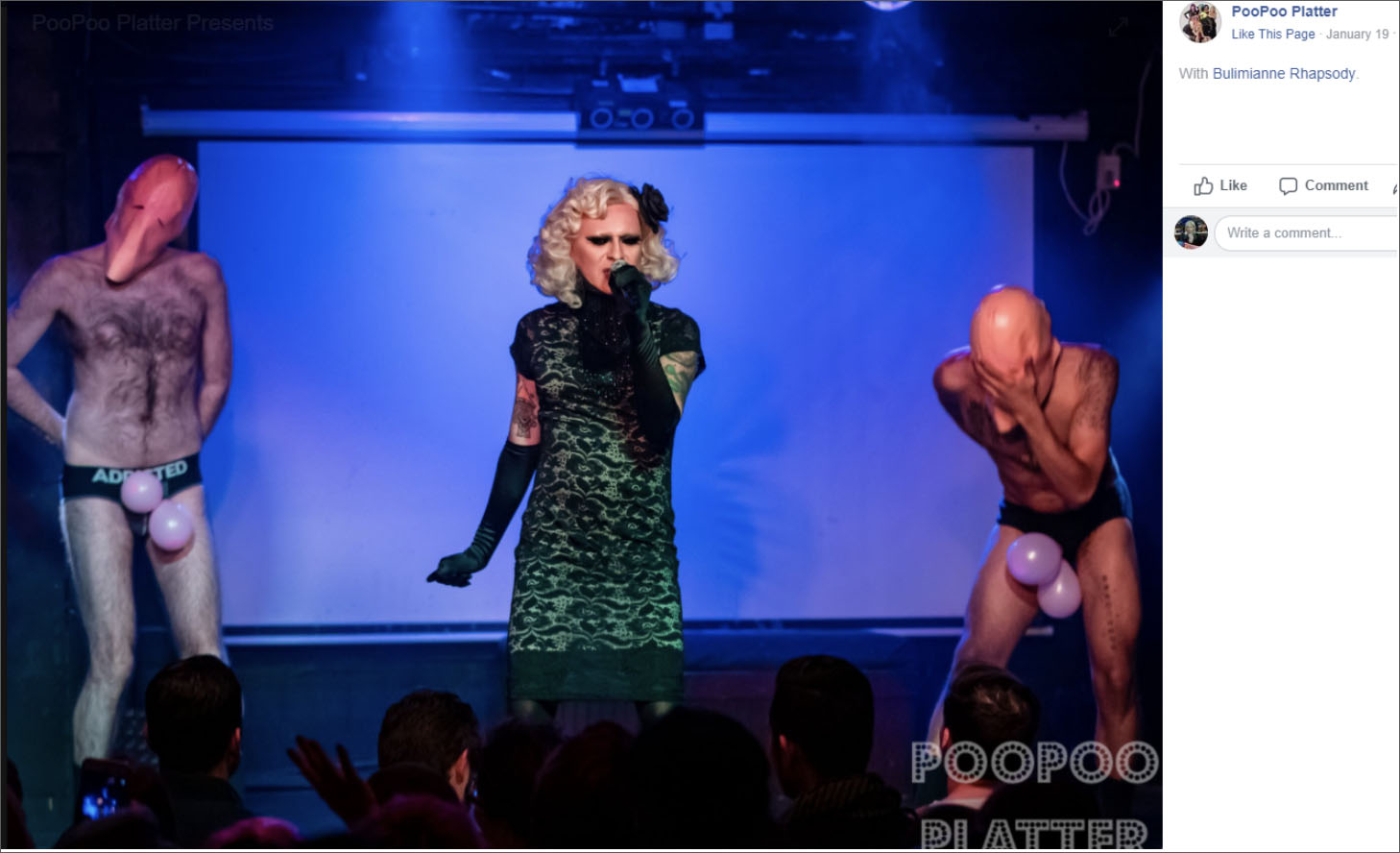 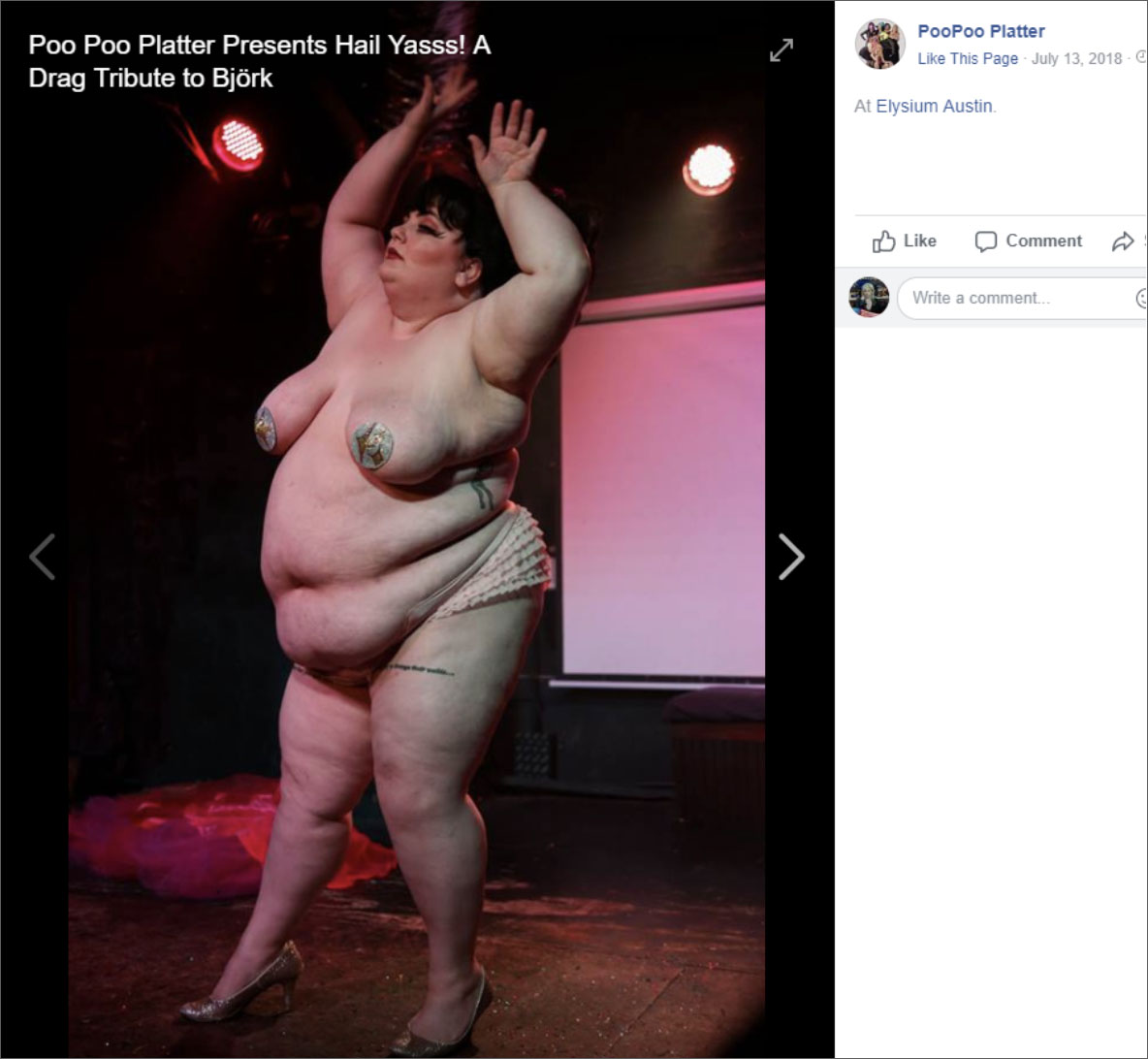 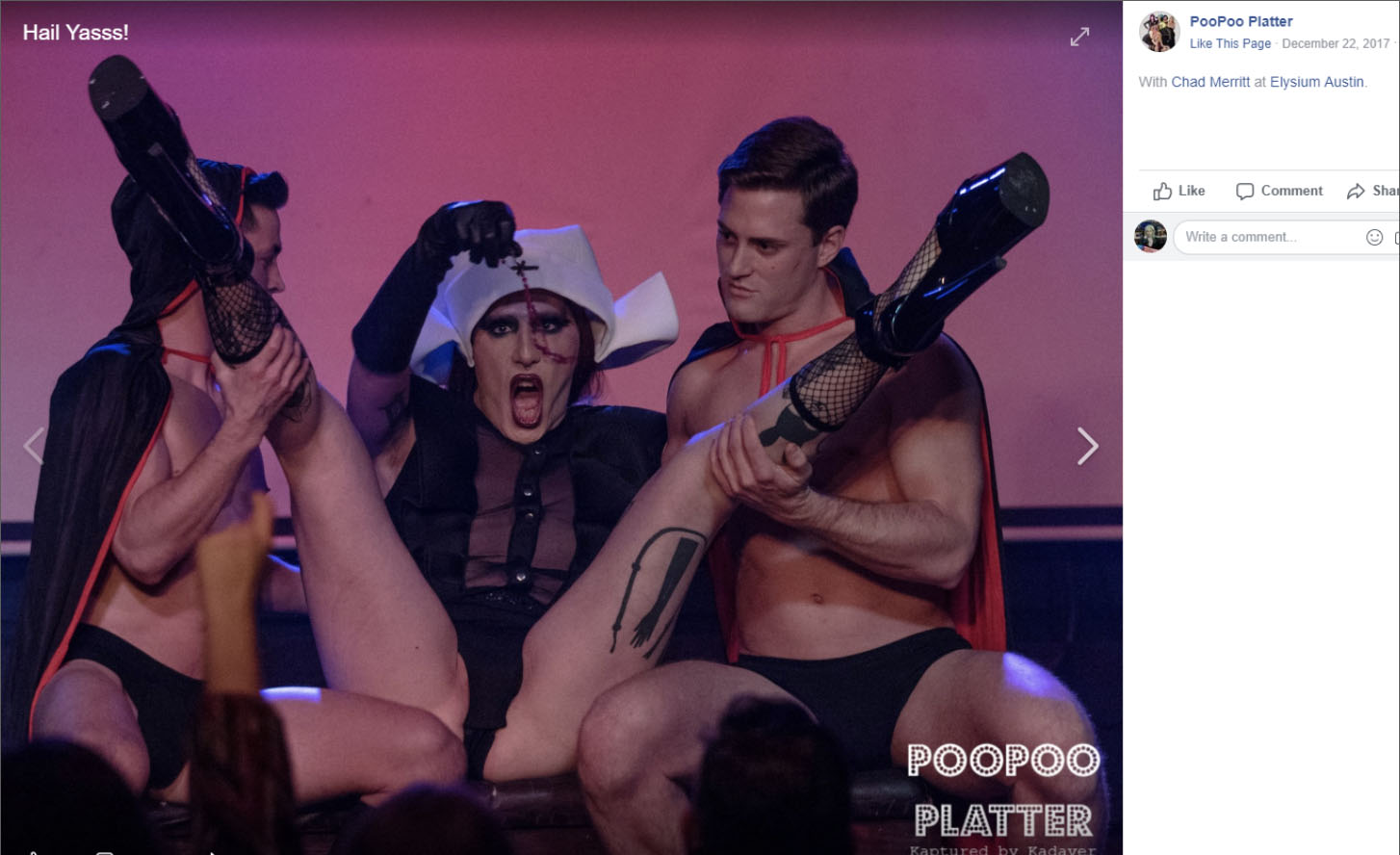 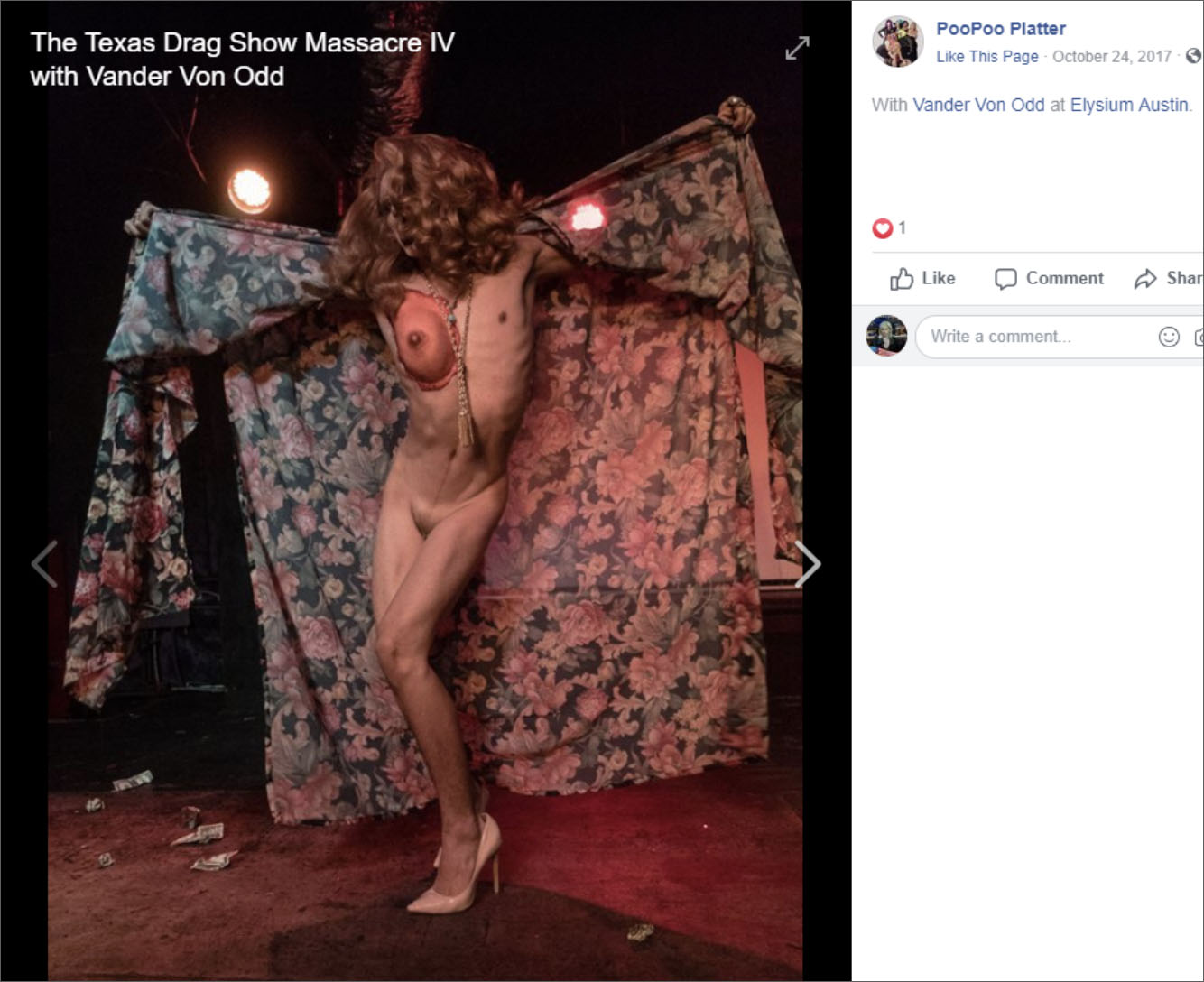 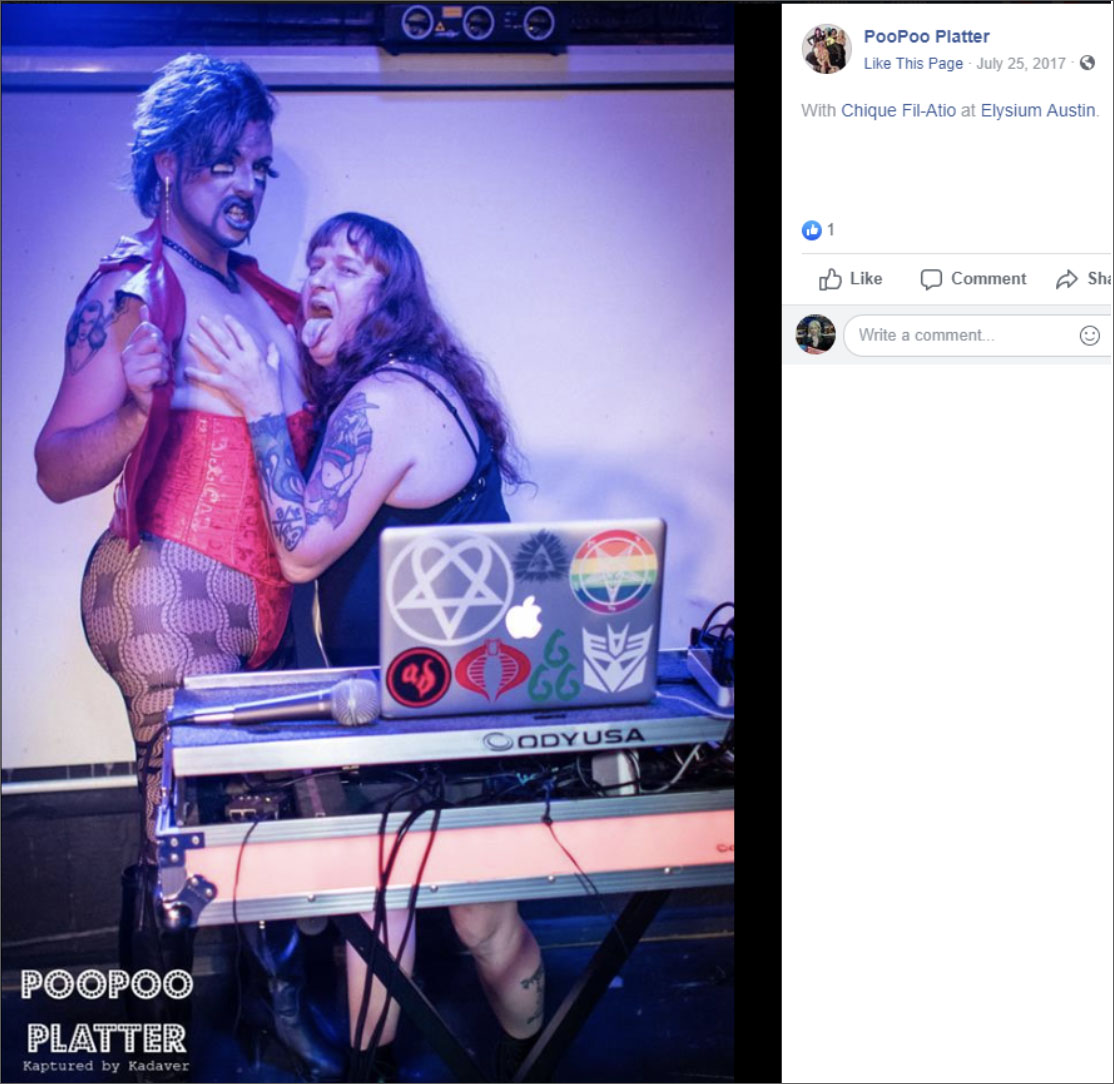 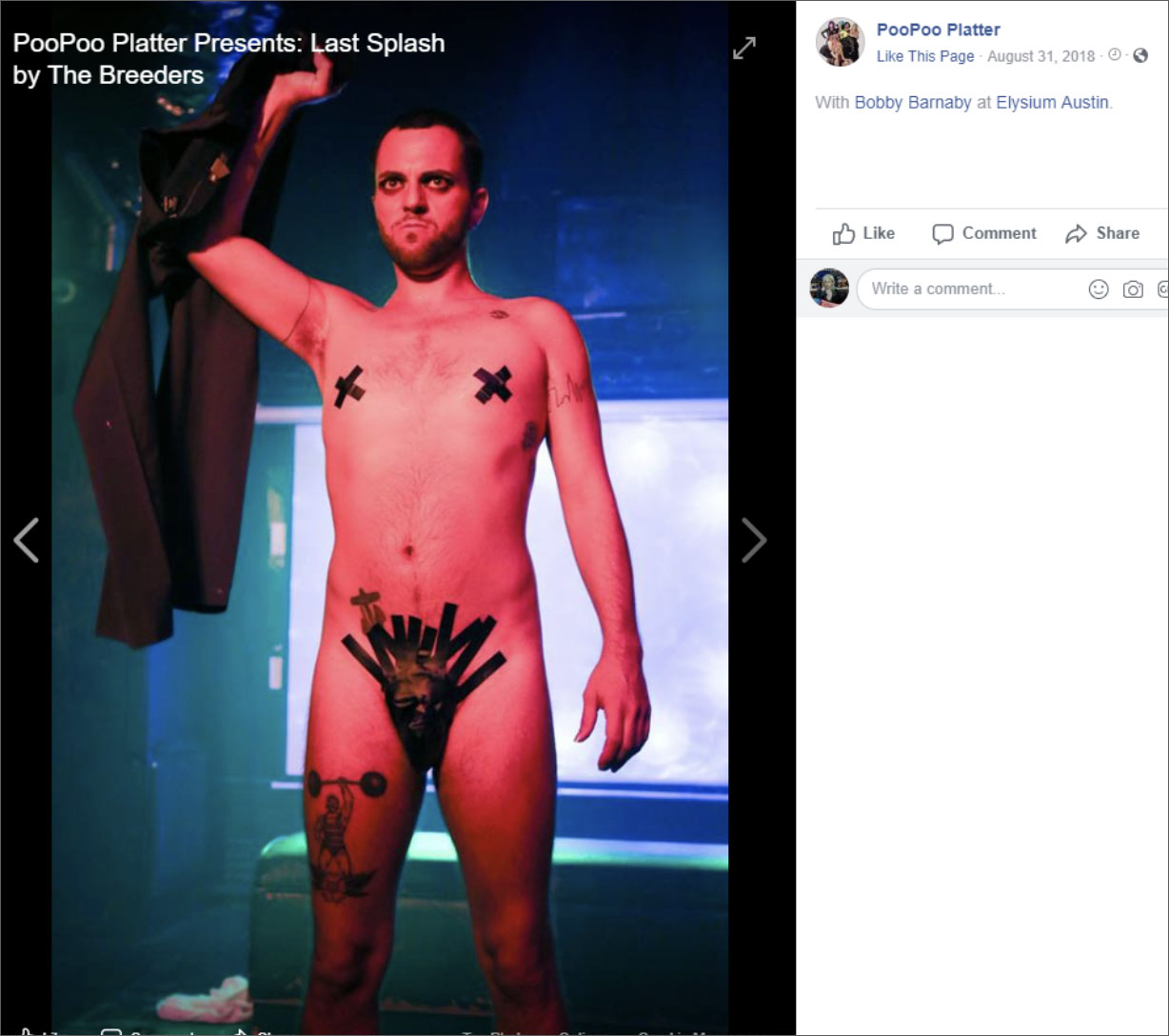 MassResistance, the “pro-family group” opposed to this event, had uncovered registered sex offenders in past Drag Queen Story Time events in Houston, Texas.

Breaking! Another Child Sex Offender outed at Houston Drag Queen Story Hour program.@allidoisowen is breaking it all down https://t.co/f7gGNkES84#DragQueenStoryHour#Pedogate pic.twitter.com/dRtyRIUJqW

“Drag entertainment is an inherent deviant, sexually perverse affair,” MassResistance founder Tracy Shannon said in a Wednesday statement. “It is adult entertainment at its worst, and drag queens have no business reading to little children in libraries.”

“And yet, Leander Texas has given up on fighting for what is best for the children and the community as a whole, and they have decided to permit a so-called ‘progressive’ church, the Open Cathedral, to host a Drag Queen Story Hour.”

“MassResistance, the international pro-family group that makes the difference, has been targeting these perverted programs throughout the country, exposing their purpose and engaging the public to oppose them at every turn. Because of the efforts of MassResistance, Drag Queen Story Hour programs have been shutting down all over the country: Georgia, Tennessee, Ohio, and Texas.”

“The latest Drag Queen, who is slated to read to children at the Leander Library on June 15th, 2019, is Valeri Jinxy, and her social media profile alone should have discouraged, even shamed the city of Leander from considering this program—even if promoted by a private party.” 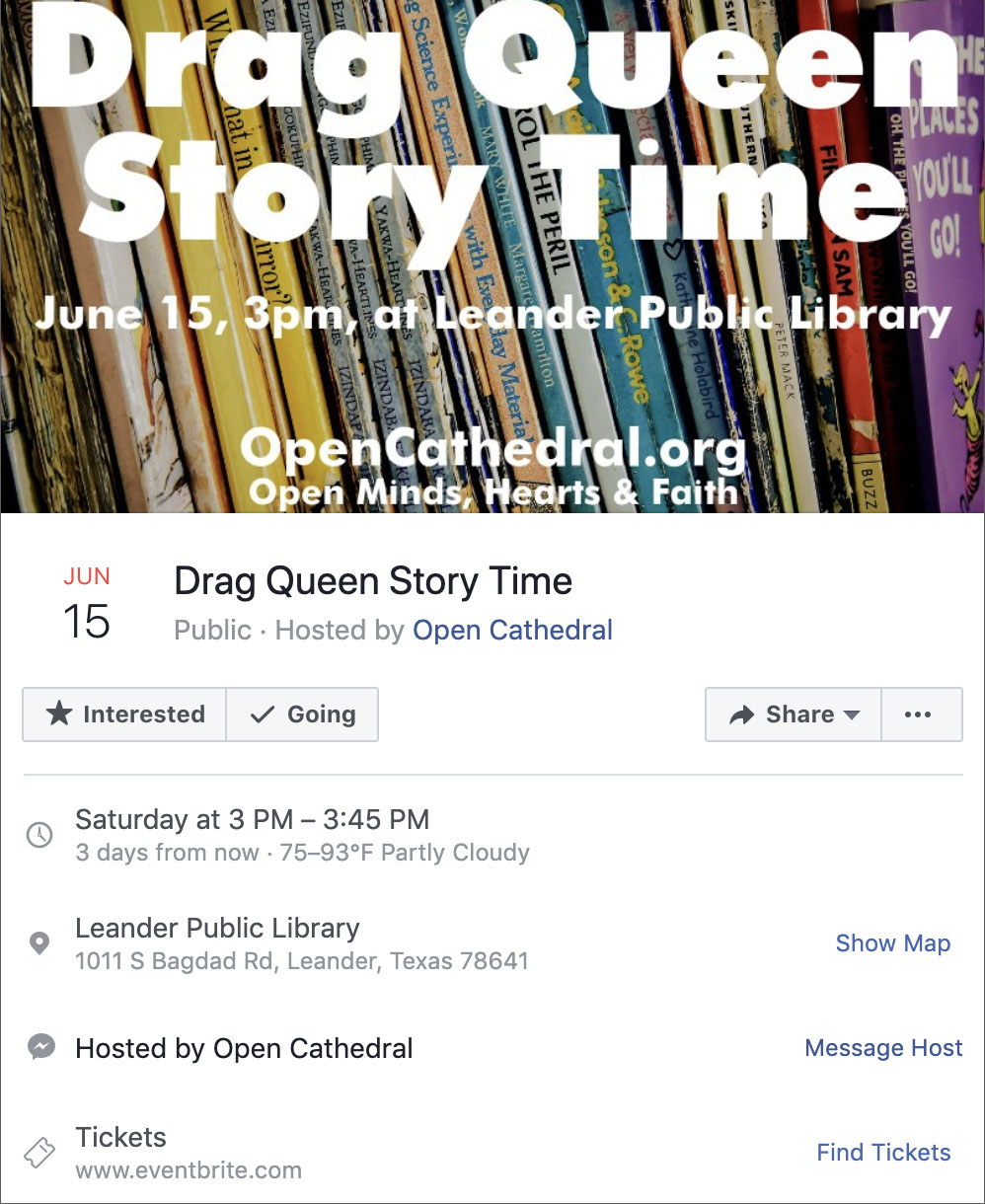 If you’d like to peacefully protest the Drag Queen Story Time event, head to the Leander Public Library in Leander, Texas, on June 15th before 3:00 pm CT.

Infowars’ Owen Shroyer dropped in unexpectedly on a “Drag Queen Story Hour” event being held in Austin Texas. Owen joins Alex in-studio to break down the leftist agenda to push sexual concepts on children and confuse future generations about gender.