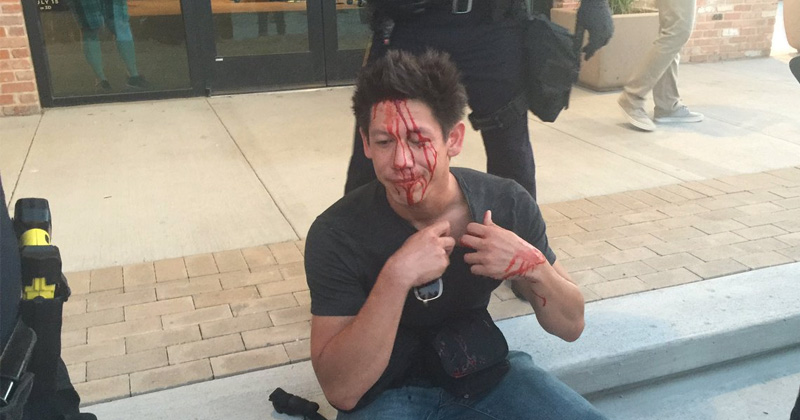 Danny Fulgencio, a photo journalist for the Dallas Advocate, was pictured outside the businessman’s fundraiser with blood streaming down his face.

“I didn’t see the rock, but I felt it,” Fulgencio stated.

Update: Dallas Advocate photographer Danny Fulgencio, hit with rock at Trump rally, was treated by medics and is OK pic.twitter.com/T4VU7y9hlq

As the event’s commencement grew closer, crowds outside of Gilley’s Club in downtown Dallas grew more violent with police having to confront demonstrators harassing Trump supporters.

A Black Lives Matter protester was also arrested by police for disorderly conduct.

After mending his wounds, Fulgencio claimed he was OK.

“It bled like hell,” Fulgencio said, according to the Dallas Morning News. “Then it was okay.”

Photographer Danny Fulgencio back on the job. 15 min after getting hit with rock thrown by protestor @wfaachannel8 pic.twitter.com/2QnLn86ViI

However, NBC 5’s Scott Gordon reported the person who threw the rock was never caught.