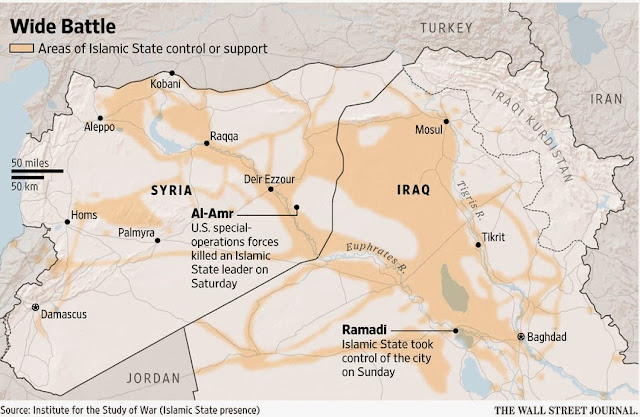 Taking advantage of a Syrian military stretched thin to protect everywhere at the same time, high concentrations of well-coordinated Al Qaeda forces, based in NATO-member Turkey as well as in US-allies Jordan and Saudi Arabia, have attacked across several fronts. The tactical and strategic gains are minimal compared to the initial stages of the West’s proxy war against Syria beginning in 2011, but the Western media is intentionally fanning the flames of hysteria specifically to break both support for Syria from abroad, and fracture resistance from within.

This latest attempt to overwhelm the Syrian people, its government, and its armed forces comes with several shocking revelations. Previously, veteran award-winning journalists foretold the coming conflict in Syria, warning how the US, Saudi Arabia, and Israel were openly planning to use Al Qaeda as a proxy force to overthrow Syria first, then Iran and how it would unfold into a cataclysmic sectarian war. There were also signed and dated policy papers advocating the use of terrorism and the provocation of war to directly target Iran after Syria and Hezbollah had been sufficiently weakened.

However, now, there is a US Department of Defense (DoD) document confirming without doubt that the so-called “Syrian opposition” is Al Qaeda, including the so-called “Islamic State” (ISIS), and that the opposition’s supporters – the West, Turkey, Jordan, Saudi Arabia, and Qatar – specifically sought to establish safe havens in Iraq and eastern Syria, precisely where ISIS is now based.

America is Behind ISIS

Looking at maps recently produced by the Western media and Western policy think tanks, it can be seen clearly that Al Qaeda/ISIS is streaming out of NATO and US ally territory, forming up in these two safe havens, and aimed both at the Syrian government and Iran.

Despite the Western narrative of “moderate rebels,” the West itself has been increasingly admitting that such “rebels” do not exist. They also admit that to establish “stability,” they must begin openly working with “questionable actors.”

Michael O’Hanlon, a signatory of the Brookings Institution’s “Which Path to Persia?” policy paper calling for terrorism and intentional provocations to overthrow the government of Iran, stated in a USA Today op-ed titled, “Michael O’Hanlon: American boots needed in Syria,” that:

In the short term, this strategy requires an acceleration of our train and equip program for Syrian opposition fighters — including perhaps a bit less puritanical approach in who we are willing to work with. Most Syrian moderates are tired of waiting for us, or already dead given our delays in helping them. So we may have to tolerate working with some questionable actors to get things started.

“Working with some questionable actors,” is O’Hanlon and US policymakers’ way of saying they intend to provide open material support to terrorists, including Al Qaeda, as they’ve been covertly doing all along, and as was warned against as early as 2007 by Pulitzer Prize-winning journalist Seymour Hersh in his article, “The Redirection: Is the Administration’s new policy benefiting our enemies in the war on terrorism?” which explicitly stated (emphasis added):

To undermine Iran, which is predominantly Shiite, the Bush Administration has decided, in effect, to reconfigure its priorities in the Middle East. In Lebanon, the Administration has coöperated with Saudi Arabia’s government, which is Sunni, in clandestine operations that are intended to weaken Hezbollah, the Shiite organization that is backed by Iran. The U.S. has also taken part in clandestine operations aimed at Iran and its ally Syria. A by-product of these activities has been the bolstering of Sunni extremist groups that espouse a militant vision of Islam and are hostile to America and sympathetic to Al Qaeda.

If  Pulitzer Prize-winning journalists predicting verbatim the Syrian conflict and Western support for Al Qaeda terrorists years before these events unfolded, and US policymakers are now openly admitting they are willing to work with Al Qaeda isn’t convincing enough, perhaps a signed and dated Department of Defense document admitting as much is.

Judicial Watch, a US-based foundation seeking “transparency” in government, released a 7 page document dated 2012, detailing the background and status of the Syrian conflict. It admits that the Muslim Brotherhood and Al Qaeda form the basis of the “opposition.” It then admits that (emphasis added):

Development of the current events into proxy war: with support from Russia, China, and Iran, the regime is controlling the areas of influence along coastal territories (Tartus and Latakia), and is fiercely defending Homs, which is considered the primary transportation route in Syria. On the other hand, opposition forces are trying to control the eastern areas (Hasaka and Der Zor), adjacent to the western Iraqi provinces (Mosul and Anbar), in addition to neighboring Turkish borders. Western countries, the Gulf States and Turkey are supporting these efforts.

It also admits that terrorists are entering Syria from Iraq, hardly what one could call a “civil war,” and clearly instead an invasion.

The opposition forces will try to use the Iraqi territory as a safe haven for its forces taking advantage of the sympathy of the Iraqi border population, meanwhile trying to recruit fighters and train them on the Iraqi side, in addition to harboring refugees (Syria).

If the situation unravels there is the possibility of establishing a declared or undeclared Salafist principality in eastern Syria (Hasaka and Der Zor), and this is exactly what the supporting powers to the opposition want, in order to isolate the Syrian regime, which is considered t he strategic depth of the Shia Expansion (Iraq and Iran).

That “Salafist principality” mentioned by the DoD in 2012 is of course now known as the “Islamic State.” The DoD at the time openly admitted that the opposition’s foreign sponsors supported the creation of such a principality, and clearly ISIS must have had such support to maintain its hold on vast expanses of territory in both Syria and Iraq, while propping up a military machine capable of fighting the combined forces of Iran, Iraq, Syria, and Lebanon. Indeed, the DoD’s admissions in this document explain precisely how ISIS has been able to perpetuate its activities throughout the region – with “Western countries, the Gulf States, and Turkey” supporting these efforts.

Narratives of a US “war on the Islamic State” are meant clearly to obscure this admitted and documented conspiracy, and serve as a means for US troops to directly violate Syrian airspace and territory incrementally until US forces are able to openly begin dismantling the Syrian military and government directly.

Appeasement and Accommodation are not Options

The Syrian war is not a localized conflict with limited goals. It is one leg of a much larger agenda to destroy Iran next, then move on to Russia and China. Combined with the Syrian campaign, the West has attempted to create arcs of destabilization across Eastern Europe, Central Asia, and completely encircling China in Southeast Asia.

What this constitutes is a World War executed through the use of 4th generation warfare. At the same time, the West attempts to seek temporary appeasement and accommodation  for itself so that it can more effortlessly advance its plans. Attempts to portray itself as interested in “negotiations” with Iran while it wages a proxy war on its doorstep is a prime example of this.

The corporate-financier special interests that have hijacked the United States and Europe have essentially declared war on all lands beyond their grasp, as well as on any and all among their own ranks who oppose their hegemonic aspirations.

The vile conspiracy now openly unfolding in Syria, seeing to its destruction at the hands of terrorists the US is openly backing after claiming for over a decade to be “fighting” is a harbinger of the destruction that complacency and failure to resist will bring all other nations caught in the path of these special interests. Nations not immediately caught in the grip of chaos created by this conspiracy must use their time wisely, preparing the appropriate measures to resist. They must study carefully what has been done in Syria and learn from both the mistakes and accomplishments of the Syrian government and armed forces in fighting back.

More important than backing other powers to serve as a counterweight to the West’s global aggression, is to identify the consumerist foundation these special interests are built upon and perpetually depend on. By creating alternatives nationally and locally, the swamps from which this global pestilence is emitted can be slowly but permanently drained.