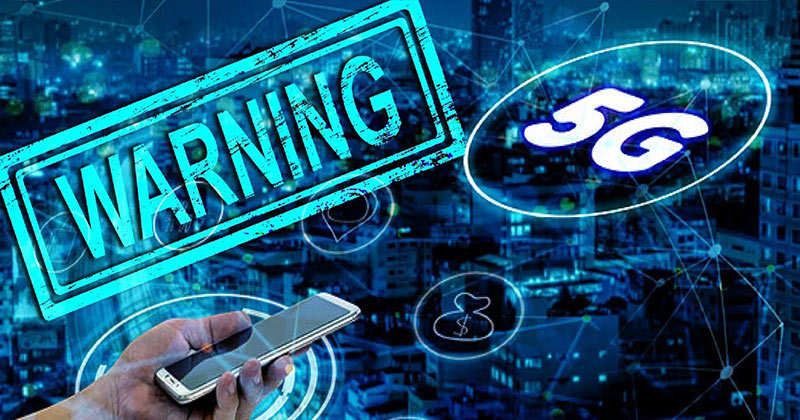 A new report by Swedish national broadcaster (SVT) found there was no evidence of Russian bots posting upwards of 2,000 anti-5G posts in total, but rather a granny in Sweden running a grassroots social media group, who was opposed to cellular network radiation.

The posts began in December 2019, when Ygeman pointed out to the Swedish press that thousands of negative 5G comments were showing up on his Facebook account. He immediately blamed “Russian trolls,” and the mainstream media took his word as face value, reported RT News.

“There is a Russian political interest in disrupting and hindering other countries’ development of 5G,” Ygeman told Swedish reporters earlier this year. He said the thousands of negative posts were from “Russian trolls.”

A comedian makes more sense that a #DeepState bureaucrat. George Carlin vs Fauci — Carlin predicted the black comedy we’re experiencing now as we trade our liberty for the promise of safety

Dagens Nyheter, a leading newspaper in Sweden, ran a headline that was titled “Ygeman target for Russian net attack” with no credible evidence that Russia launched a troll attack on him. Earlier this year, Russian Embassy rejected his claims:

“Our special congratulations go to Anders Ygeman. As we have learned, the popularity of his Facebook page has increased dramatically, which we wholeheartedly congratulate him on!” the Russian Embassy wrote, adding that the government minister “suffers from paranoia in search of ‘Russian trolls.'”

As it turns out, SVT traced the posts back to a local grassroots group called “WiFi Radiation Health Risks Stop 5G,” which is led by Katarina Hollbrink, 64, who describes herself as a granny that is against 5G and lives in Södermalm, Stockholm. The Swedish paper quoted Hollbrink, who said it’s kind of “ridiculous” for the government to accuse “ordinary Swedish citizens of being Russian trolls.”

The Russian Foreign Ministry’s Facebook page posted a meme on Sunday that poked fun at Ygeman’s outlandish comments from late last year, blaming a “Russian troll attack,” while, “in fact, carried out by a domestic tinfoil-hat group,” the post read.

The controversy comes as Sweden is introducing 5G telecoms networks across the country, allowing citizens and businesses to experience lighting fast upload and download speeds that are far superior to existing 4G technology. Sweden didn’t exclude Chinese tech giant Huawei from building out its 5G network, unlike many other Western nations.