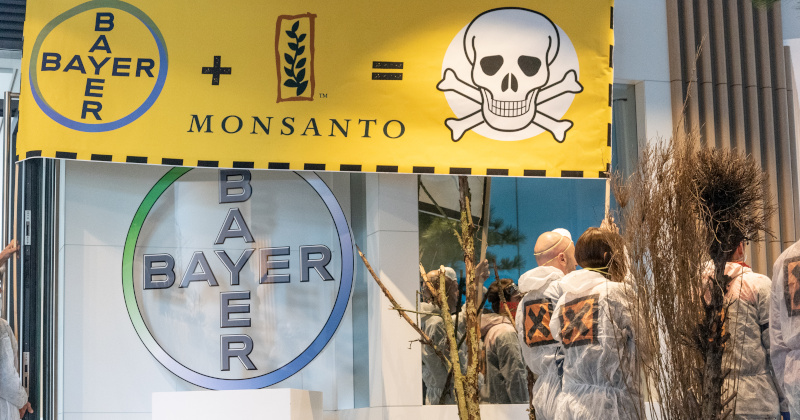 Lawsuits against Bayer are on the rise over claims that the company’s weedkiller causes cancer.

The legal cases have taken a toll on Bayer’s share price and reputation.

More than 42,000 plaintiffs have joined lawsuits against German chemical giant Bayer, blaming the company’s glyphosate-based weedkiller for their cancer.

The number of plaintiffs, largely brought by US citizens, is now at 42,700 — more than double the 18,400 reported in the middle of July, Bayer announced on Wednesday.

The legal cases all concern Roundup, a weedkiller with controversial active ingredient glyphosate.

“This significant increase is clearly driven by the plaintiff-side television advertising spend which is estimated to have roughly doubled in the third quarter compared with the entire first half of the year,” Bayer said in a statement.

“However, the number of lawsuits says nothing about their merits,” it added.

Claims against the company gathered momentum following a lawsuit in August 2018 that found Monsanto, a Bayer subsidiary, should have warned of alleged cancer risks associated with its glyphosate-based weedkillers.

Bayer’s shares have dropped 30% since then.

The company said it was engaged in a mediation process ordered by a federal judge in California.

In 2015, the World Health Organization’s International Agency for Research on Cancer (IARC) said glyphosate, the world’s most commonly used herbicide, was “probably carcinogenic to humans.”

Mike Adams interviews the producers of the film Vaxxed 2, the follow up to the explosive film Vaxxed.