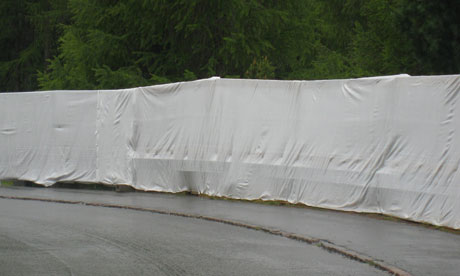 This weekend, dozens upon dozens of the wealthiest and most powerful people in the world will be gathering behind closed doors at a luxury hotel in Switzerland.  All of the participants are sworn to secrecy and swarms of heavily armed security guards are making sure that nobody unauthorized gets in.  Decisions will be made at this meeting which will fundamentally change our future.  The CEO of Amazon.com will be there, as will the head of Google, one of the co-founders of Facebook and one of the top executives from Microsoft.  The president of the EU will be in attendance, along with the president of the World Bank, the president of the European Central Bank, the head of the World Trade Organization and the top commander of NATO.  Henry Kissinger and David Rockefeller will be there.  Royalty from all over Europe will be attending as well.  Past attendees have included several U.S. presidents, Ben Bernanke, Timothy Geithner, Prince Charles, current British Prime Minister David Cameron, former British Prime Minister Tony Blair, German Chancellor Angela Merkel, Hillary Clinton, Bill Gates and current Texas governor Rick Perry.  You would think that these meetings would be something that the mainstream media would want to cover.  But unfortunately, the mainstream media mostly ignores the Bilderberg Group meetings, and if they do cover them they just crack a bunch of jokes about “conspiracy theories” and they do their best to play down the importance of the meetings.

Under normal circumstances, a gathering of top executives from Google, Facebook and Microsoft would have the media salivating.  So would a gathering of some of the most important international politicians on the globe.

So why doesn’t the mainstream media want to talk about the Bilderberg Group?

From June 9th to June 12th, over a hundred of the most powerful people on the planet will meet in utter secrecy and will discuss the future of the world.

All of the participants have been sworn not to reveal what is discussed.

Yet this doesn’t interest the mainstream media at all?

But now the mainstream media does everything they can to downplay the importance of the organization.

They suggest that anyone that believes that there is anything wrong with dozens of the most powerful people on the planet meeting in utter secrecy to discuss the future course of world events is “crazy”.

A full list of the “official attendees” of the Bilderberg Group in 2011 can be found here.

However, the truth is that the “unofficial attendees” are often even more interesting.

But the mainstream media acts like all of this is no big deal.

If they do decide to talk about the Bilderberg Group, they tend to crack jokes and make fun of “conspiracy theorists”.

The following are 10 really stupid things that the mainstream media has said about the Bilderberg Group in 2011….

#1 CNBC: The 120 participants attend in a private capacity and, officially, they do not forge agreements over global economic policy.

#2 BBC News: The gnashing of teeth over Bilderberg is ridiculous, says Times columnist David Aaronovitch. “It’s really an occasional supper club for the rich and powerful,” he argues.

#3 Time Magazine: A vestige of the Cold War, the only drawback of the meeting could be that the Chinese and the Russians are still missing.

#4 Forbes: Admittedly, it’s fascinating that some secret society, like the Wizard of Oz, choreographs events on a global stage. Puppet masters of the public’s fate. Conspiracy theories punctuate the otherwise mundane din of modern life, but riveting as it all appears, I’m not buying it. Would they? Absolutely. Could they? Implausible.

#5 Fox News: But the secretive nature of the meetings, that first began in 1954, has sparked countless conspiracy theories by those who believe the group is trying to form a new world order of sorts.

#6 CNBC: Its secrecy only serves to add fuel to the innumerate conspiracy theories that circulate around the event, with Internet message boards often channelling Da Vinci Code author Dan Brown and putting the “club” in the same bracket as the Freemasons and “Illuminati.”

#7 BBC News: Secret cabals extend beyond the Bilderberg Group. The Illuminati, which derives from a 16th Century Bavarian secret society, is alleged to be an all powerful secret society, including US presidents, that has controlled major world events. The Freemasons – famous for their peculiar handshakes – is a secret fraternity society that has become more open in recent years after extensive criticism.

#8 The Baltimore Sun: I suppose the Bilderberg Group, which was founded in 1954 at the Hotel Bilderberg in Holland, can supply us with a few thrills while we wait for Dan Brown to knock out another book. But a hotel in St. Moritz — especially one that features Teddy’s World for kids — doesn’t seem like the place to plot world domination. Shouldn’t they be meeting in a secret underground lair?

#9 NBC Affiliate KETK: If you believe Mafia hitmen hired by Castro killed JFK, or President Clinton was involved in murder, or George W. Bush planned 9-11…then this story is for you. That’s because the real Masters of the Universe are gathered in St. Moritz to decide your future. It’s called the Bilderberg conference, and it means more to European reporters than anyone here.

#10 BBC News: Some people are more susceptible than others to believing in wacky cabals, says Prof Chris French, of Goldsmith College’s psychology department. “It’s people who tend to be alienated by the mainstream, who feel powerless. They have a need to have a sense of control.”

Look, the truth is that dozens of the most powerful people on the planet are not meeting in utter secrecy just to play poker and smoke cigars.

They are having very real discussions that will have a very real influence on the direction of world events.

If that doesn’t fit in with how you prefer to view the world, that is too bad.  The ultra-elite are going to keep on doing what they are doing whether you acknowledge them or not.

In fact, they would very much prefer for most people to keep on ignoring them because that makes it so much easier for them to achieve their goals.

Sadly, most Americans will completely ignore the Bilderberg Group in 2011 because the mainstream media is telling them that it is not an important event.

So what do all of you think about the Bilderberg Group?  Please feel free to leave a comment with your thoughts below….