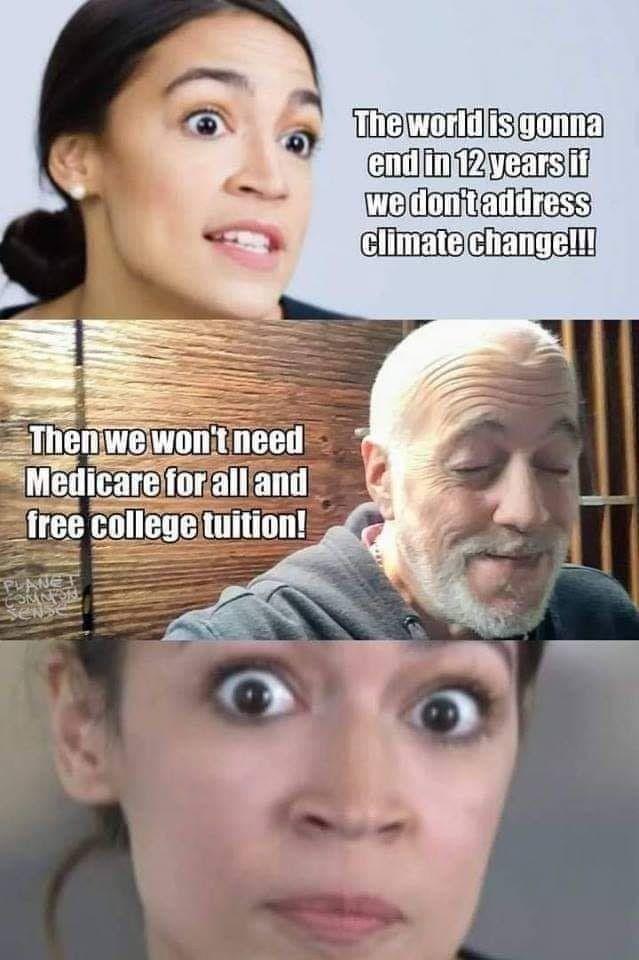 An increasing number of younger Americans are blaming climate change for not putting away money for their own retirement.  They say that because the world won’t exist when they retire (because of climate change) there’s no need to save any money.

But if we apply that logic to everything, there is never a need to prepare for the future of anything and the liberal ideology crumbles upon itself.

Market Watch used a young professional as an example of this flawed thinking. Lori Rodriguez, a 27-year-old communications professional in New York City, is not saving for retirement, and it isn’t necessarily because she can’t afford to, but because she doesn’t expect it to matter. Like many people her age, Rodriguez has bought into the propaganda and religiously believes that climate change will have catastrophic effects on our planet. Some 88% of millennials (a higher percentage than any other age group) believe in the climate change religion and 69% say it will impact them in their lifetimes.

“I want to hope for the best and plan for a future that is stable and secure, but, when I look at current events and at the world we are predicting, I do not see how things could not be chaotic in 50 years,” Rodriguez says.

Author and real estate entrepreneur Stefan Aarnio joins Owen Shroyer live via Skype to discuss his book “Hard Times Create Strong Men” and reveal how to be an alpha male in the age of toxic feminism.

“The weather systems are already off, and I don’t think it’s hyperbolic to be a little apocalyptic.”

The mainstream media isn’t helping either.  Using manipulation techniques, the media engulfs people in a constant barrage of depressing and hate-filled news stories. So much so, that many young people are skeptical about saving for a future they are constantly being told won’t exist.

Just to clarify for these younger people, in 2008 liberal hero Al Gore predicted that there would be no polar ice caps in three to five years because of global warming. However, the “inconvenient truth” is that the ice caps are still there today (over ten years later).

Interestingly enough, right after stating that younger Americans don’t save for retirement because they believe climate change will destroy the world, Market Watchclarified that mental health could be an issue.

Mental-health issues affecting young adults and adolescents in the U.S. have increased significantly in the past decade, a study published in March in the Journal of Abnormal Psychology found. The number of individuals between the ages of 18 and 25 reporting symptoms of major depression increased 52% from 2005 to 2017, while older adults did not experience any increase in psychological stress at this time, and some age groups even saw decreases. –Market Watch

Jean Twenge, who authored the study cited by Market Watch, says this spike in mental health issues may be attributed to the increased use of digital media. Technology has changed modes of indoctrination just enough to impact social lives and communication. Millennials are also said to suffer from “eco-anxiety,” according to a 2018 report from the American Psychological Association, with 72% saying their emotional well-being is affected by the inevitability of climate change, compared with just 57% of people over the age of 45.

Two-thirds of millennials (defined by Pew as the generation born between 1981 and 1996) have nothing saved for retirement, according to the National Institute on Retirement Security. And now we know why some aren’t saving.  The religion of climate change has a death grip on their mental stability.

It isn’t that we don’t want to take the planet. Those who don’t subscribe to the climate change religion of hysteria simply believe that people should care for the Earth the best way they can.  Putting the Earth’s salvation in the hands of a few bureaucrats isn’t going to solve anything.  After all, government officials can’t even clean up a trash pile in the Democrat’s paradise of Los Angeles. If climate change was really a problem, there’s no way authoritarians could solve it nor would they want too. There’s just too much money to be made off the gullible masses.

Some people just want to watch the world burn.