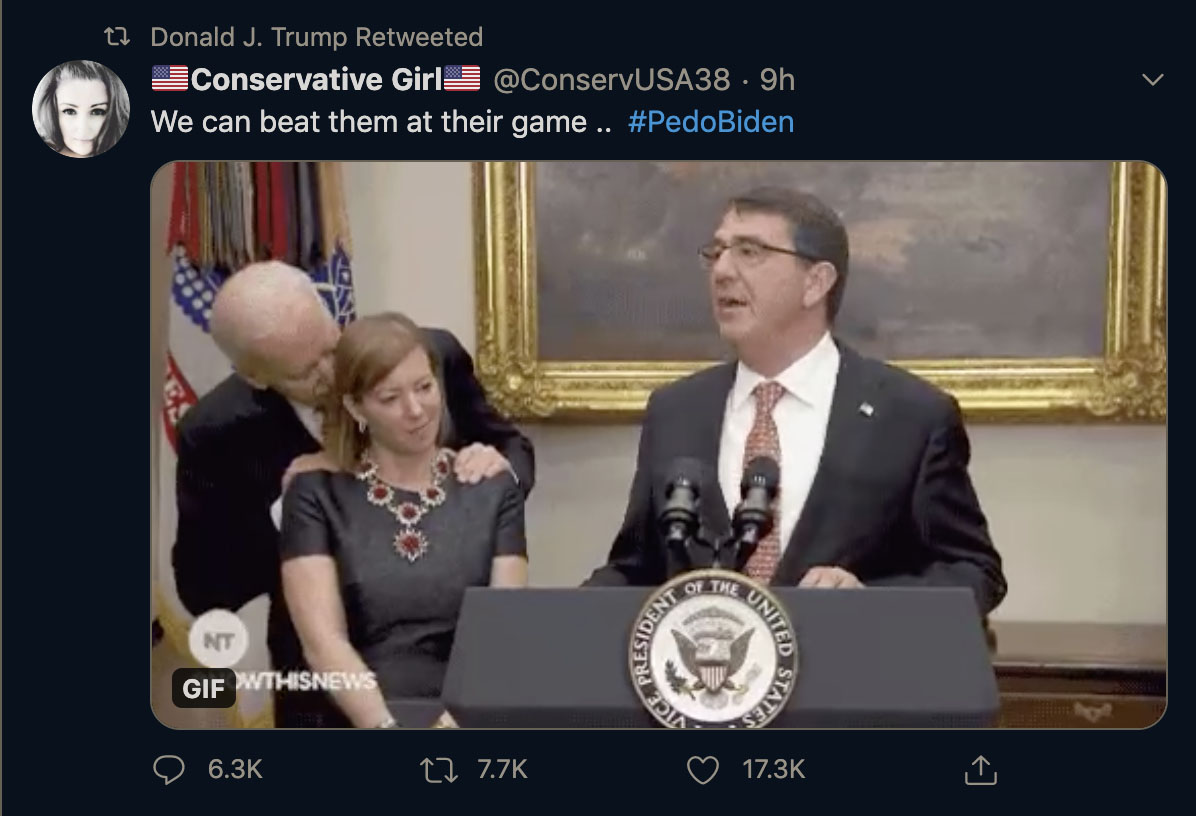 REPORTER: “Does the president have any evidence to back up his suggestions that Joe Biden is a pedophile or taking drugs?”

MCENANY: “I’d have to refer you to the campaign.” pic.twitter.com/FPfDKxghZ1

“Does the president have any evidence to back up his suggestions that Joe Biden is a pedophile or taking drugs?” the reporter asked Press Secretary Kayleigh McEnany.

He quickly followed up with a second question, asking, “Without such evidence, if he’s simply speculating, why should the public trust him more than anything else?”

“I’d have to refer you to the campaign,” McEnany responded.

While President Trump has made no such suggestion, the reporter’s question was in reference to a retweet by Trump of another Twitter user Tuesday. The tweet from user @ConservUSA38, which showed Biden sniffing the wife of former defense secretary Ash Carter, stated, “We can beat them at their game,” supplemented with the hashtag #PedoBiden.

As noted by Infowars’ Jamie White, “The #PedoBiden hashtag isn’t unfounded: Biden has a well-known proclivity for crossing personal boundaries with woman and girls, evidenced not only with countless videos and pictures, but also credible allegations of more serious conduct by several Democrats, including former Nevada assemblywoman Lucy Flores and former staffer Tara Reade.”