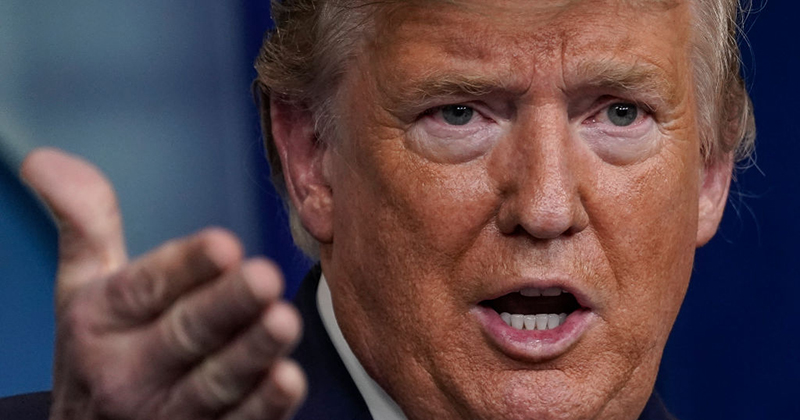 President Trump engaged in another verbal tussle with a reporter during a coronavirus daily press briefing Wednesday, doubling down on an earlier claim he made that the media would love to see the US economy go under just so it hurts Trump’s reelection chances.

The LameStream Media is the dominant force in trying to get me to keep our Country closed as long as possible in the hope that it will be detrimental to my election success. The real people want to get back to work ASAP. We will be stronger than ever before!

When Reid asked a further question about Trump’s proposed Easter timeline for reopening the country, the President began arguing with the reporter, doubling down on his assertion that the media want the economy to tank, and accusing her of writing “fake news”.

“I think there are certain people that would like to do financially poorly because they think that would be very good as far as defeating me at the polls and I don’t know if that’s so, but I do think it’s so that there are people in your profession that would like that to happen.” The President asserted.

“There are people in your profession that write fake news. They would love to see me for whatever reason because we’ve done one hell of a job. Nobody’s done the job we’ve done, and it’s lucky that you have this group here for this problem or you wouldn’t even have a country left.” Trump added.

Trump previously warned that if the economy is shut down for much longer, there will “probably more death from that than anything that we’re talking about with respect to the virus.”

President Trump on economy: "We can't turn that off and think it's going to be wonderful. There'll be tremendous repercussions. There will be tremendous death…probably more death from that than anything that we're talking about with respect to the virus." pic.twitter.com/82WEb4HJ8z