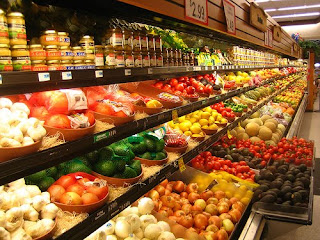 We are back to recession economics and rapidly heading toward a deeper, longer “Third Depression.”  With all recent economic indicators setting new record lows and deficits at record highs, this ship is only going one way folks, down, down to Chinatown.  This WTC-Building 7-style-controlled-demolition of the U.S. economy has long been engineered by the borderless banksters and has been set in the same way to collapse at a free-fall rate.  With all of the manufactured confusion it may be difficult to know where best to invest your limited assets, but it seems to be clear that Food is on the march.

There were several trend forecasters and financial firms predicting upwards of $200/barrel of oil before the Gulf oil gusher. The “analysts” said this would occur because of the perception of scarcity and a weakening dollar. The oil disaster and the subsequent outrage at Big Oil will surely take care of selling the perception of scarcity, while the Federal Reserve and Congress will surely take care of weakening the dollar.
Eat like a king, stock up at eFoodsDirect today!

We’ve seen this Beta test before when oil prices reached their peak of $147 in 2008 sending the price of food to the stratosphere.  Food staples like rice nearly tripled in six months and at times increased 50% in just two weeks, primarily because of record oil prices and a weak dollar in 2008. During this run-up on prices, big box stores like Sam’s Club and Costco were rationing the number of bags of rice customers could buy.  You can bet that Food Crisis Beta 2.010 will be far more severe.

This third factor of actual Food Scarcity, coupled with high oil prices and a feeble dollar, will multiply the severity of increasing food prices.  Whether this scarcity is being engineered to further cull the population or is a genuine imbalance in supply and demand is not important.  The fact is that this reality is playing out in the matrix.  Being aware of this triple-threat to food costs creates an opportunity to soften the recessionary blow, and perhaps offer some economic freedom from those who would like to reduce us all to serfdom.

You don’t have to be an End Times survivalist to believe that storing food is pragmatic.  Everyone with expendable cash can and should design a good food storage and rotation system and buy bulk food as an investment — in addition to creating self-sufficiency. Many rationalists are touting guns, ammo, and gold as good small-scale investments given the despicable agenda unfolding in our matrix.  Certainly those are critical investments in an economy dwindling down to the rationing of necessity, but not everyone is into guns or can afford bundles of gold.  And gold, at the end of the day, can only be traded for necessity.

These recent food alerts seem to indicate that food may be the best short-term investment for the “Average Joe.” It’s simple:  if the retail cost of rice doubles, as it did in 2008, then you (the investor) make 100% return in something that’s immediately tangible and usable.  It’s time to pay the tax penalty for cashing out your mediocre “I-bought-in-to-the-American-Dream” 401K and invest in Food!