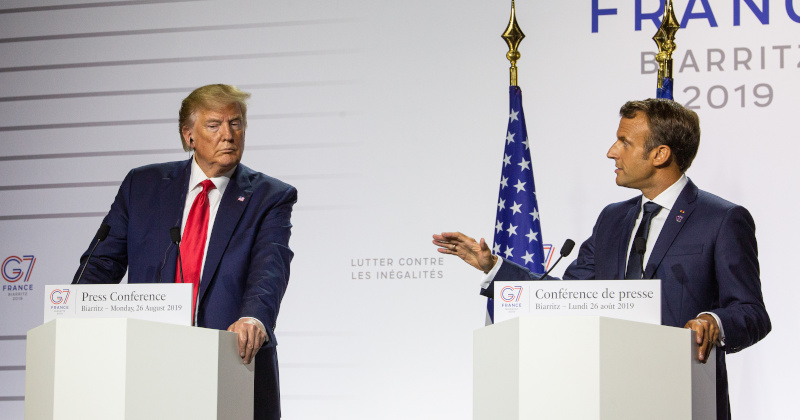 The EU is “ready to respond” to US threats to impose tariffs of up 100% on French imports, including wine and cheese.

The move came in retaliation to a digital tax set to hit US giants Google, Amazon, and Facebook.

After French lawmakers voted to impose a tax on large tech companies, the US warned it would fire back with tariffs on goods imported from France.

On Monday, the Office of the US Trade Representative said the tariffs could target $2.4 billion (€2.2 billion) in imports, including cheese, wine, and handbags. The rate could also reach 100%.

The US officials said they would hold a hearing on the plan on January 7.

The French digital tax aims prevent tech companies from dodging taxes by reporting their earnings in low-tax EU countries. The measure would hit a total of 30 companies from various countries, including China, Germany, and the UK. However, most of the targeted companies are US-based, including Google, Amazon and Facebook.

“In case of new American sanctions, the European Union would be ready to riposte,” Le Maire told Radio Classique on Tuesday.

‘Unusually burdensome’ for US companies

The US has long decried the measure. With talks between Washington and Paris not yielding much result, however, France’s Senate gave the final approval for it last month. The new legislation imposes a 3% annual levy on French revenues of major companies, and applies retroactively, from the beginning of 2019. It only targets businesses with yearly global sales of over €750 million and make over €25 million in France.

On Monday, US trade officials said that they had investigated the measure and found it was “unusually burdensome for affected US companies,” according to a statement.

The US move “sends a clear signal that the United States will take action against digital tax regimes that discriminate or otherwise impose undue burdens on US companies,” said trade representative Robert Lighthizer.

The trade office warned of “growing protectionism” in Europe at the expense of the US.

Lighthizer also said the Trump administration was also looking into a similar response for such taxes in Austria, Italy, and Turkey.

Elisabeth Sabaditsch-Wolff joins Matt Bracken to detail her unique experience in Europe as the daughter of an Austrian diplomat where she witnessed Islam gain momentum across society.