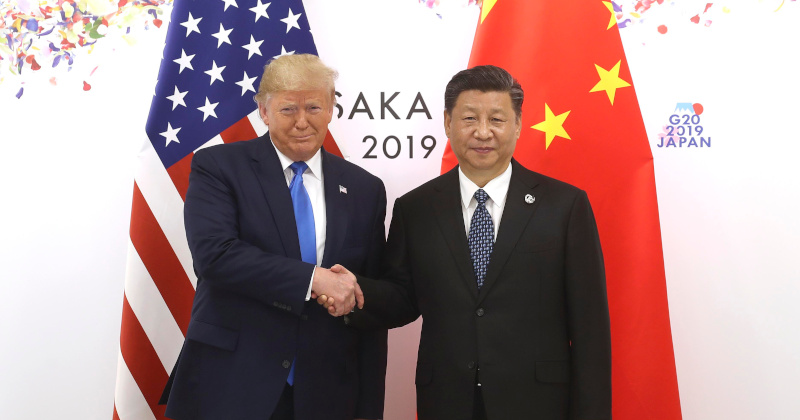 US President Donald Trump says it might be better to wait until after the November 2020 general election in the United States to reach a trade agreement with China.

“In some ways, I like the idea of waiting until after the election for the China deal, but they want to make a deal now and we will see whether or not the deal is going to be right,” Trump told reporters in London on Tuesday.

“I have no deadline, no. In some ways, I think it’s better to wait until after the election with China,” the US president added.

The United States and China have yet to sign the so-called “phase one” agreement announced in October to de-escalate the ongoing trade war that has been hurting the economies of both countries.

The trade row between the world’s two biggest economies has been going on for over a year, resulting in multiple rounds of tit-for-tat tariffs and restrictions.

An interim US-China deal was widely expected to include Washington’s pledge to scrap tariffs scheduled for December 15 on about $156 billion worth of Chinese imports, including cell phones, laptop computers and toys.

However, on Tuesday the US president sought to put pressure on Beijing.

“The China trade deal is dependent on one thing – do I want to make it, because we are doing very well with China right now, and we can do even better with a flick of a pen,” he said. “And China is paying for it, and China is having by far the worst year that they have had in 57 years. So we’ll see what happens.”

Washington and Beijing have been exchanging tariff hikes on billions of dollars’ worth of each other’s goods. In 2018, the Trump administration began imposing tariffs and other trade barriers on China to force Beijing to make changes to what it called “unfair trade practices.”

Alex Jones is joined by Dr. E. Michael Jones to break down the collapse of Western civilization.