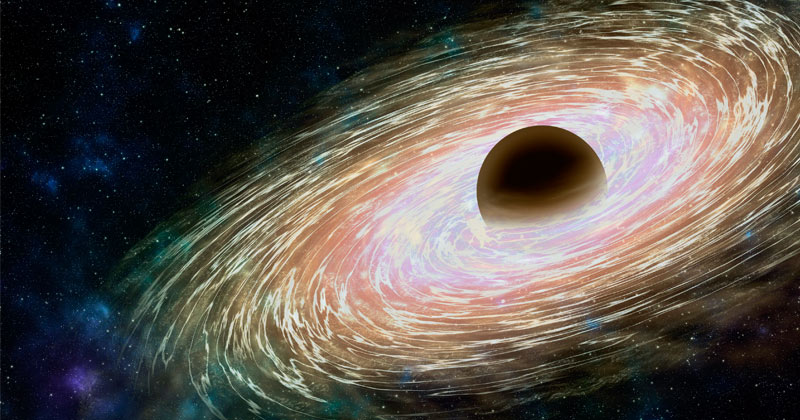 A peculiar movement of gas clouds close to the center of our galaxy may finally provide concrete evidence for a mysterious form of black hole whose very existence has yet to be proven by scientists.

We already know that the smallest and the largest types of black hole exist, but for a long time doubts have remained about the middle category.

Here’s how the types breakdown:

Questions hang over these ‘intermediate mass black holes’ simply because researchers have never been able to find any. However, astronomers who detected gas clouds moving unusually near the center of the Milky Way may have finally gotten that proof.

The scientists concluded that the strange movements are due to the clouds orbiting an object 10,000 times the mass of the Sun – but when they examine the area where that object should be, nothing can be found. The boffins believe this is due to a quiescent black hole, which doesn’t emit a detectable level of radiation because it isn’t ‘feeding.’

They add that this is the fifth such object observed in the middle of the Milky Way, suggesting that, not only do intermediate mass black holes exist, they’re also plentiful in the heart of our galaxy.

The researchers from the National Astronomical Observatory of Japan have been studying the movement of the gas clouds in a bid to confirm that black holes of this size exist and to figure out how they’re formed, and also to unravel why they’ve been elusive until now.

The research has been accepted by The Astrophysical Journal. It suggests that searching the middle of the Milky Way is a reliable method to find intermediate mass black hole candidates.

Hillary believes she has three covert roads to the White House.