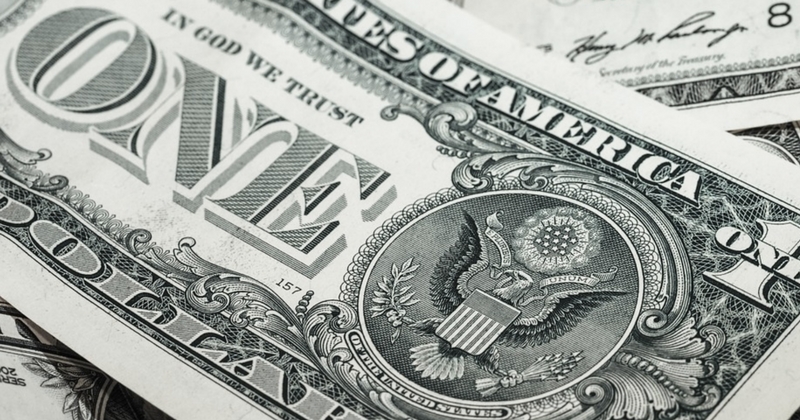 As expected, the FOMC left interest rates unchanged and seemed to indicated it doesn’t plan to do anything at all in the near-term. Jerome Powell’s comments dampened expectations that the central bank might move to cut rates in the coming months.

“The committee is comfortable with current policy stance. Don’t see a strong case for a rate move either way.”

Most took Powell’s comments to be less dovish than expected, but Peter Schiff said he thinks the Fed is a lot more dovish than it admits.

A lot of the focus was on inflation. CPI remains slightly below the Fed’s 2% target. Powell said the  Fed suspects that “transitory factors are at play,” and that the central bank projects inflation will return to 2% over time.

As Peter pointed out, this is still 180 degrees away from where the Fed was before the market collapsed in the fourth quarter of last year. He also emphasized that while the markest seem to be getting nervous that we might not get rate cuts, we are going to get rate cuts.

Peter said Powell is right about one thing – the low inflation numbers are transitory.

“The official inflation numbers are not going to remain below 2%. They are going to go above 2% — by a lot! But none of that matters because initially, the Fed is not going to do anything about rising inflation. It is already now basically preparing the markets for inflation above 2%, because every time Powell talk, he talks about symmetrical inflation. He’s only saying that because he knows he’s going to allow inflation to be over 2% so he can claim its still symmetrical.”

This is the proverbial elephant in the room. The Fed can’t raise interest rates without popping all of the bubbles and collapsing the economy. The economy is built on piles of debt. You can’t sustain it with rising interest rates. So regardless of what it says publicly, the Fed has to remain on a dovish track. It really has no choice.

Peter also touched on this myth that the Fed was maintaining “stable prices” by targeting 2% inflation.

“That’s like George Orwell. I mean, how do you define stability by going up 2% every year? If prices are rising 2% per year, you don’t have any stability at all. You have rising prices. Stable prices mean they stay the same. They don’t change over time.”

Consider what the Fed is actually trying to do. It wants to devalue the dollar by 2% every year. This is undermining your purchasing power.

Pundits tell us that we need inflation to protect us from deflation. They claim a long stretch of falling prices would mean a prolonged depression. But Peter pointed out an interesting historical fact. Consumer prices dropped by half between 1800 and 1900. That wasn’t exactly a century of depression.

“Think about all this economic growth we had in the 19th century in the United States, and prices went down … Falling prices are a good thing because that means your standard of living goes up. That means you can buy more stuff with less money.”

The US government is the world’s biggest debtor and inflation helps debtors eradicate debt.

“So, the government needs inflation so it can screw its creditors by repaying them in debased money.”

And why else do we need inflation? To sustain asset prices.

“They don’t want prices to come down for financial assets so they to keep creating more and more inflation to sustain the bubbles. But why do we have the bubbles? Because the Federal Reserve inflated the bubbles. So now because they inflated the bubbles, everybody else has to suffer a diminished standard of living, a falling standard to living, in order to prevent the music from stopping.”

There’s that elephant in the room. And that’s why the Fed is ultimately far more dovish than it will admit.

Peter also talked about bitcoin vs. gold in this podcast.