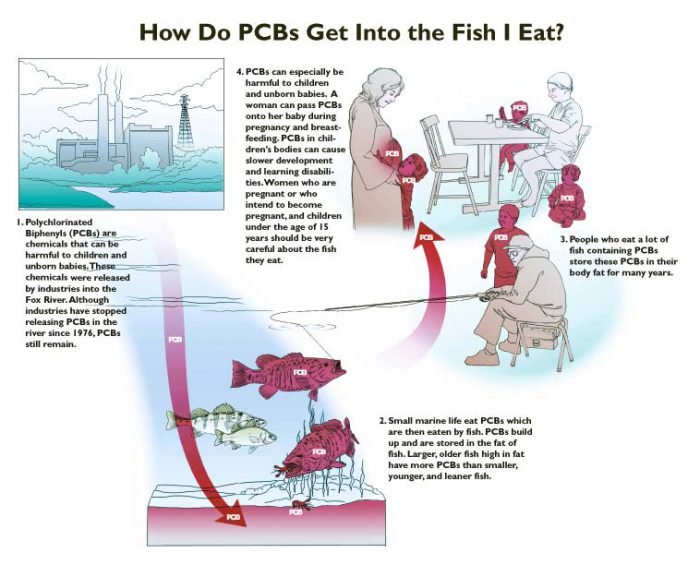 Last week, a St. Louis Circuit Court jury awarded $46.5 million to 3 plaintiffs who alleged that PCBs made by Monsanto caused cancer. The plaintiffs alleged in the suit that Monsanto and the other defendants – Solutia, Pharmacia, and Pfizer – were negligent in their handling of PCBs.

PCB stands for polychlorinated biphenyls, a highly toxic and carcinogenic group of chemicals. Decades ago, PCBs were used in many different products, including electrical equipment, surface coatings, inks, adhesives, flame-retardants, and paints. Before morphing into the agritech giant it is today, Monsanto was the sole manufacturer of PCBs from 1935 to 1997.

The EPA banned PCBs in 1979, after the compound was linked to birth defects and cancer in laboratory animals. PCBs can affect the skin and liver in humans. It can also linger in the environment for decades.

The case involved just 3 of nearly 100 plaintiffs who alleged that exposure to PCBs caused them non-Hodgkin lymphoma. Some died and their claims were made by surviving relatives.

“The man from Oklahoma died at the age of 58 and had no health problems at all. He wasn’t a smoker or a drinker and he exercised, but his body was filled with Monsanto’s PCBs. He grew up in Michigan and Monsanto polluted the waters of Michigan and he suffered and died.

A lot people just don’t know that Monsanto’s PCBs are in the orange juice you drank this morning and the pizza you’ll eat tonight. The air that you’re breathing has PCBs in it. Monsanto has discounted it, saying it’s only parts per billion or parts per trillion, but it adds up.” [3]

The 3 individuals alleged that Monsanto knew decades ago that PCBs put people’s health at risk, but lied to the public, saying that the compounds were safe, and continued to sell them until the 1970’s.

EcoWatch reports that internal documents have surfaced showing the company knew about the health risks of PCBs years before they were banned by the EPA. One document, dated Sept. 20, 1955, stated:

“We know Aroclors [PCBs] are toxic but the actual limit has not been precisely defined.” [3]

To this day, some rivers, streams, and foods that humans consume still contain levels of PCBs.

Study: Monsanto’s PCBs Have “Severe Impact” on Whales and Dolphins

Kherkher said the win means that Monsanto can no longer cover its tracks when it comes to the damage it has done to human life and the environment:

“This is the future. People don’t know that PCBs cause cancer and that Monsanto has been suppressing it.” [1]

Kherkher added that the win is a rare one, but only because nobody had the money to fight the massive corporation until his law firm, William Kherkher, and other law firms worked together, combining their resources, to propel the case forward.

He said such wins are “not going to be rare anymore,” noting that his law firm has accumulated about 1,000 plaintiffs with PCB claims.

A Los Angeles jury rejected a claim against Monsanto last month over non-Hodgkin lymphoma. And in July of 2015, a jury in St. Louis County, Missouri, found Monsanto was not liable in deaths and illnesses suffered by people who were exposed to PCBs. Americans began to wonder if Monsanto was untouchable.

A similar lawsuit was filed by the city of Spokane, Washington, last year, and in January, Seattle sued Monsanto over the costs of PCB cleanup. Both cases are pending.

Monsanto said in a statement that it will appeal the $46.5 million verdict:

“We have deep sympathy for the plaintiffs but we are disappointed by the jury’s decision and plan to immediately appeal today’s ruling. Previous juries in four straight similar trials rejected similar claims by attorneys that those plaintiffs contracted non-Hodgkin lymphoma as a result of eating food containing PCBs. The evidence simply does not support today’s verdict, including the fact that scientists say more than 90 percent of non-Hodgkin lymphoma cases have no known cause.” [2]

Kherkher disputes that claim that 90% of non-Hodgkin lymphoma cases have no known cause. He cites a 2013 decision from the International Agency for Research on Cancer (IARC) classifying PCBs as carcinogenic to humans. The World Health Organization (WHO) agency found limited evidence from some studies suggesting that exposure to the compounds is linked to increased risks of non-Hodgkin lymphoma and breast cancer.