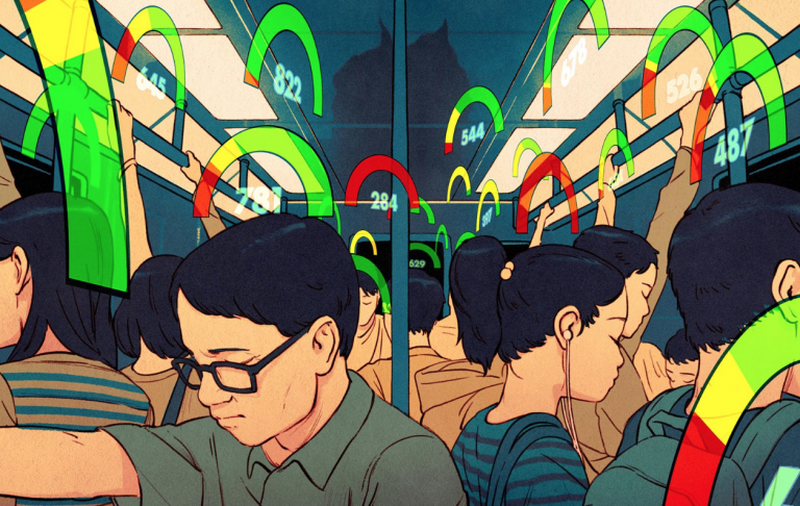 Starting in September, residents of Xi’an, located in China’s northwest Shaanxi Province, will receive negative social credit points if they refuse to observe local garbage sorting regulations, according to the CCP-friendly Global Times.

The Xi’an government requires its residents to sort their waste into at least four categories – recyclable, hazardous waste, kitchen and other waste. Those who refuse to fulfill the obligation will be recorded under the personal credit system or will be fined up to 200 yuan ($28). –Global Times

“Residents are forbidden from mixing industrial solid waste, construction waste, medical waste and animal carcasses in household garbage. Each residential area should have at least one “recyclable” and one “hazardous waste” collection container, the regulation says.”

China’s social credit system is a technological behemoth of oppression – used to regulate public behavior with the goal of punishing people into compliance. People with great social credit will get “green channel” benefits while those who violate laws will be punished with restrictions and penalties.

According to a February report, Chinese officials collected 14.21 million pieces of information of “untrustworthy conduct” by both business and individuals – including failure to repay loans, illegal fund collection, false and misleading advertising, swindling customers, and – for individuals, acts such as taking reserved seats on trains or causing trouble in hospitals, SCMP reports.

Meanwhile, around 17.46 million people who are “discredited” were prevented from buying plane tickets, while 5.47 million were disallowed from purchasing tickets to China’s high-speed train system.

A Canadian court has tried to stop Alex Jones from focusing on a trans child case which has quickly turned into a free speech battle. The case involves a father who opposed hormone therapy given to his child, who’s under 18, to help “transition” from female to male. This put him at odds with the child’s mother and psychologists who supported the treatments, culminating into a legal battle over parental rights.

Tracking of individual behavior in China, meanwhile, has become more accessible to the government with apps such as Tencent’s WeChat and And Financial’s Alipay – a central point for making payments, obtaining loans and organizing transport. These accounts are linked to mobile phone numbers, which in turn require government IDs.

Other technologies, including social media, facial recognition, smartphones, artificial intelligence and smart cameras will play a critical role in this Orwellian strategy for social compliance.

In the next few years, every action of a citizen will leave a permanent digital fingerprint that the government will either assign a good or bad score based on how they view the action.

And now, if residents of Xi’an fail to properly sort their trash, they will be docked social credit points or fined.