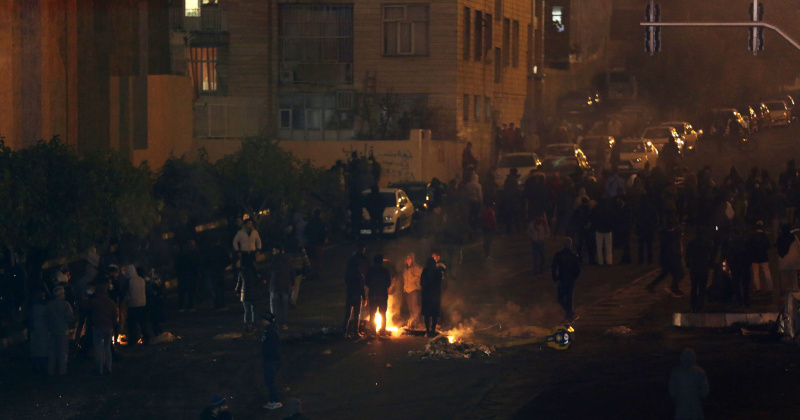 But the real death toll could be much higher.

At least 106 people have been killed across Iran since widespread protests erupted five days ago, Amnesty International said Tuesday.

“The organization believes that the real death toll may be much higher, with some reports suggesting as many as 200 have been killed,” Amnesty said in a statement.

David Knight joins The Alex Jones Show to break down the federal ruling that upheld the illegal sale of fetal tissue.

Citing “credible reports,” Amnesty said people had been killed in 21 cities in “a harrowing pattern of unlawful killings by Iranian security forces.”

Assessing the death toll from the security forces’ crackdown has been made difficult given reporting restrictions and authorities shutting down of the internet.

The harsh tactics used against protesters include live fire, snipers firing into crowds from rooftops and, in one case, a helicopter, Amnesty said.

Iran’s government has not provided an official figure of the death toll and local media has reported only a handful of deaths.

At least 1,000 people have reportedly been arrested and the Kayhan newspaper, which is close to hardliners, suggested Tuesday that some protest leaders could be executed.

Unrest began Friday after the government announced a hike in the price of subsidized gasoline, with drivers stopping vehicles on major roads in Tehran to block traffic.

They soon turned violent as rioters vandalized banks, government buildings, shops and symbols of the Islamic Republic in nearly 100 cities. State media reported at least three members of the Revolutionary Guards and two police officers have been killed by assailants.

While the protests were triggered by a price hike in subsidized gasoline, they reflect larger discontentment with the government and a dire economy after the United States re-imposed sanctions last year following its withdrawal from the 2015 international nuclear deal

President Hassan Rouhani has said the increase of gasoline prices by 50% for the first 60 liters purchased over a month and 200% for any extra fuel after that will be used for cash transfers to the poor.

Protests in Iran are not rare, but the scale and timing of this latest round appears to have heightened the regime’s sense that it is under siege domestically and regionally. Various government officials have said they will swiftly confront demonstrations with force.

The violence comes as weeks of anti-government protests have swept across Iraq and Lebanon, threatening Iran’s considerable influence in those countries and raising fears in the regime of a knock-on effect at home

In Iraq, where Iran’s political and paramilitary power have become a target of protesters’ anger, at least 320 people have been killed since unrest errupted on October 1.

Nick Fuentes joins The Alex Jones Show to expose the attacks of fake conservatives trying to silence those telling the truth.